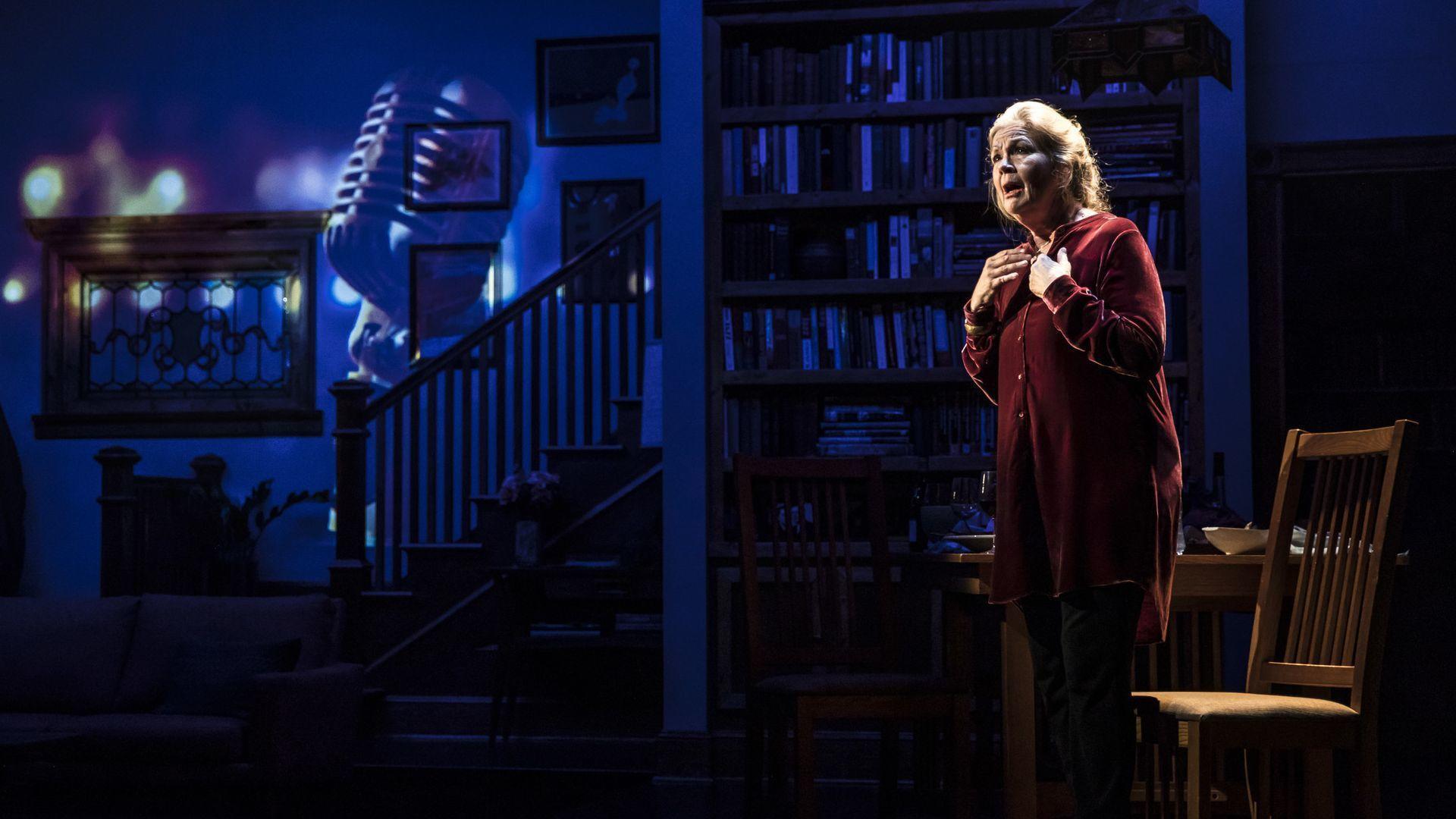 Helene, the Danish-American protagonist of Dael Orlandersmith’s one-woman “Lady in Denmark,” is an admirable person, but not a wonderful character. As passionately and convincingly portrayed by Linda Gehringer, Helene is reliable, staunchly loyal, self-possessed, sincere and the soul of decency. While such black-and-white qualities make for good lives, it is their opposites—gray-tinged traits like unpredictability, uncertainty, self-division and ambiguity—that make for good drama.

The plot, such as it is—based loosely on a real incident that occurred when jazz great Billie Holiday visited Denmark in 1954—would work well on radio’s “StoryCorps” amateur storytelling program. But Helene’s tale, like her character, has not been translated into theater. Lacking structure, suspense, conflict and character arc, this ninety-minute, one-act show seems longer.

The play begins on a bittersweet note that never much deviates. The cultured, well-traveled and educated, seventy-something Helene is mourning the recent death of Lars, her husband of almost fifty years. The remains of his posthumously celebrated eightieth birthday party are still on the dining table of their book-lined, well-appointed Andersonville home, a perfect seventies time warp designed by Andrew Boyce.

The prospect of the loneliness lying ahead prompts Helene to reminisce about her long-ago Danish childhood, shadowed by the German occupation of her homeland and the rape and subsequent shaming she suffered as a young girl, and lightened by her lifelong love of jazz, in particular the smoky voice and mingled sensuality and sadness of Billie Holiday. The shining moment of Helene’s life remains the day when Holiday sang “Happy Birthday” to Helene’s father, a doctor in Copenhagen, and then accepted his invitation to join the family for dinner at their home.

“Billie is my friend in the dark,” declares Helene. “She got us through the war.” Holiday’s music continues to bolster her sagging spirits, trapped in a memory-laden home that is “both house and tomb.”

We learn more about Helene: her marriage to Lars, who wooed her with the Billie Holiday tune “Them There Eyes,” and the couple’s eventual settling in Chicago in the mid-sixties, following a honeymoon to Harlem and other jazz hotspots, including New Orleans at a time when Jim Crow was fading but far from gone. Director Chay Yew gives Gehringer room to hit powerfully moving notes of anger, heartbreak and nostalgia. But what he does not and cannot induce in Gehringer’s formidable solo performance is introspection, insight, wisdom or depth, all of which are lacking in the script. Helene’s observations—that life is short, the effects of youthful trauma linger, loss and loneliness are painful, America has its good points and bad—are not false, but neither are they startling. Nor do they point toward a larger revelation or twist. I found myself hoping that Holiday, Helene’s invisible foil, would make an appearance, creating much-needed tension and contrast. When one finds oneself mentally rewriting the work while it’s in progress, something is amiss.

The fine acting, sound direction and technical excellence—Lee Fiskness’ subtly mood-reflecting lighting is particularly praiseworthy—add up to an experience that’s outwardly impressive but inwardly thin. Billie Holiday, who died a junkie’s death at the age of forty-four in 1959, turned the universal human experience of suffering into vibrantly soulful art that somehow manages to be both gritty and romantic. She still has much to teach us. “Lady in Denmark,” which reaches for uplift without having anything genuinely personal or interesting to say, and which hasn’t a single risky or unexpected moment, does not. (Hugh Iglarsh)