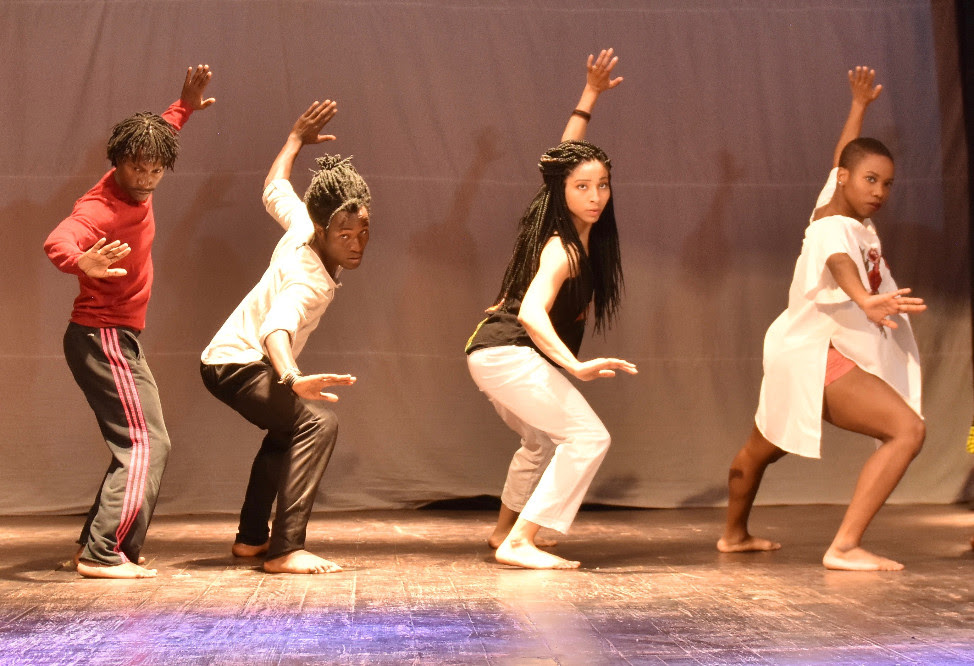 A long-in-the-making transcontinental collaboration takes the stage as Chicago-based Red Clay Dance Company and Ugandan Keiga Dance Company perform together in “EKILI MUNDA/What Lies Within,” an hour-long dance that reflects on how self-discovery, personal history, cultural history and encounters with others accumulate in the body and influence how we move in the world. Red Clay, led by founder Vershawn Sanders-Ward, is an all-female company grounded in modern and African dance styles. Keiga is an all-male company specializing in African contemporary techniques and helmed by founder Jonas Byaruhanga. Sanders-Ward and Byaruhanga met a decade ago at a three-month training event in Senegal, felt immediate kinship, and kept in touch ever since, ultimately securing a 2016 MacArthur grant that allowed them to collaborate in earnest. Each company crossed the Atlantic for visits and Sanders-Ward and Byaruhanga made a whole lot of early morning or late-night phone calls and emails in development.

A rehearsal visit at Red Clay’s sunlit space in Fuller Park, with both companies present, gave me an early peek at a fascinating juxtaposition of styles; though both companies share an African dance foundation, the first few sections of “EKILI MUNDA” reveal striking differences of dialect in what is ostensibly similar vocabulary. The Red Clay dancers had more consciousness of line and shapes made by limbs in space, whereas the Keiga dancers had a remarkable synchronicity of internal movements—complex ripples of energy seemed to pass through the joints of the four dancers as one. The piece opens with the Keiga dancers onstage; the Red Clay dancers enter and approach with curiosity. Over the course of the hour, the group becomes increasingly unified. I saw only the first half, but Sanders-Ward said that by the end of the piece, the group moves as one. She told me that keeping that evolution fresh has been one unexpected challenge. “How do we communicate a sense of discovery now that the dancers know each other?”

And yet, the time that all the dancers have spent in the room together has been relatively short. Byaruhanga says, “Collaboration takes time. It’s more than choreographers creating moves together. Dancers must learn to breathe together.” Now that Red Clay and Keiga have spent a little time sharing the same air, it will be exciting to see the result. (Sharon Hoyer)