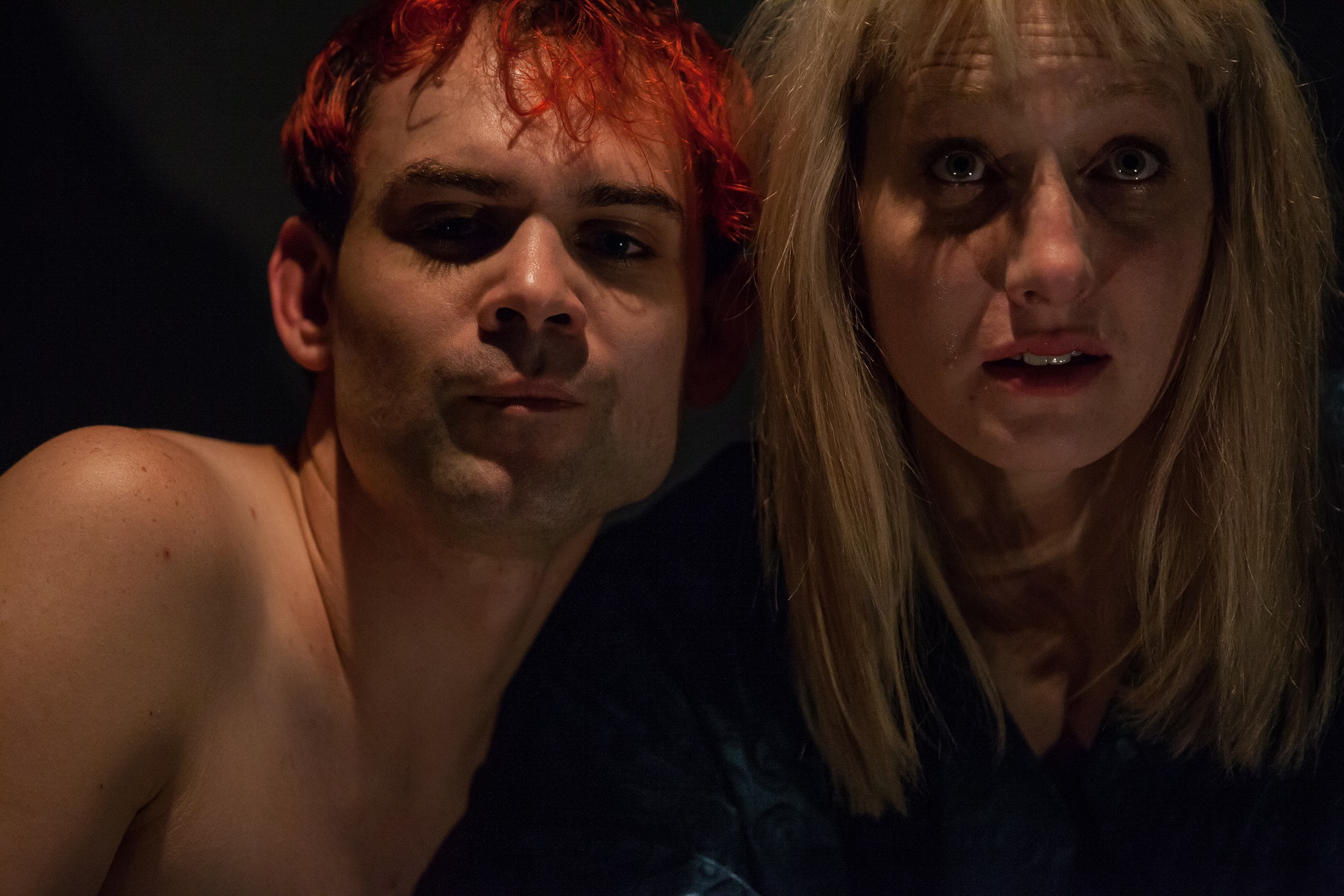 Lukas Bärfuss’ “Málaga, (or the Inner Ear),” making its English-language debut at Chicago’s Theatre Y, begins on a banal, even cartoonish note, then swells into quiet, inevitable horror. Soon-to-be-divorced Swiss couple Vera and Michael are having one of those strained, “we’re-not-fighting” fights about who will babysit their never-seen daughter. The ever-preening, nervous Vera is desperate to spend the long weekend with her new boyfriend, while the self-righteous and controlling Michael is equally bent on attending an international “ear conference” where he can seek funding for the possibly bogus project that has consumed him for twenty years, something about an “artificial inner ear.”

The usual sitter has the flu, and the only substitute available on short notice is neighbor boy Alex, a nineteen-year-old budding filmmaker. There’s one catch: Alex, with his staring eyes, scornful laugh and “Lucifer” t-shirt, is clearly insane and exudes evil intent toward his seven-year-old charge. But the long-awaited vacation and business opportunity outweigh all other considerations, and the parents both consent to the arrangement. What could go wrong?

The answer is: everything, although perhaps luckily we never find out the details. Whatever happens is enough to shatter the lives of the play’s three visible characters, and also to raise disquieting questions about the situation of children in a me-first culture.

Theatre Y’s atmospheric and highly intelligent rendering of “Málaga,” is not for those who crave closure and resent loose ends. Playwright Bärfuss gives us fair warning of his intentions when he has the smug Alex explain to the nerdy Michael that “every good story is a lie.” Only stories that don’t pretend to contain all their own answers can actually describe life in its complexity and ambiguity.

Co-directors Melissa Lorraine and Héctor Alvarez unspool this opaque narrative in an appropriately detached and artificial manner, using on-stage simultaneous video projection and scrims to impart a voyeuristic quality to the action, while emphasizing the emotional distance between the neurotic, armored characters.

The three performers nail their parts, crafting characterizations that are heightened but painfully truthful. Lane Anthony Flores is particularly memorable as Alex, the insufferable hipster artiste with a devilish glint in his eye. Katie Stimpson’s Vera, who barely manages her anxiety with pills and sex, vibrates with defensiveness and insecurity, while Eric K. Roberts’ Michael combines stiff movements and a look of perpetual disapproval, like a sulky, outraged robot.

The dialogue isn’t as elliptical or pause-ridden as Harold Pinter’s but there’s an indirectness and sly suggestiveness here that’s reminiscent of his work. As with the British playwright’s work, “Málaga” gets under the skin. Oblique and open-ended, the play provokes and plays with our own inner ear, our individual interpretive faculty and moral sensibility. Presented free of charge by this sophisticated and ambitious troupe, “Málaga,” is a destination that should not be missed. (Hugh Iglarsh)