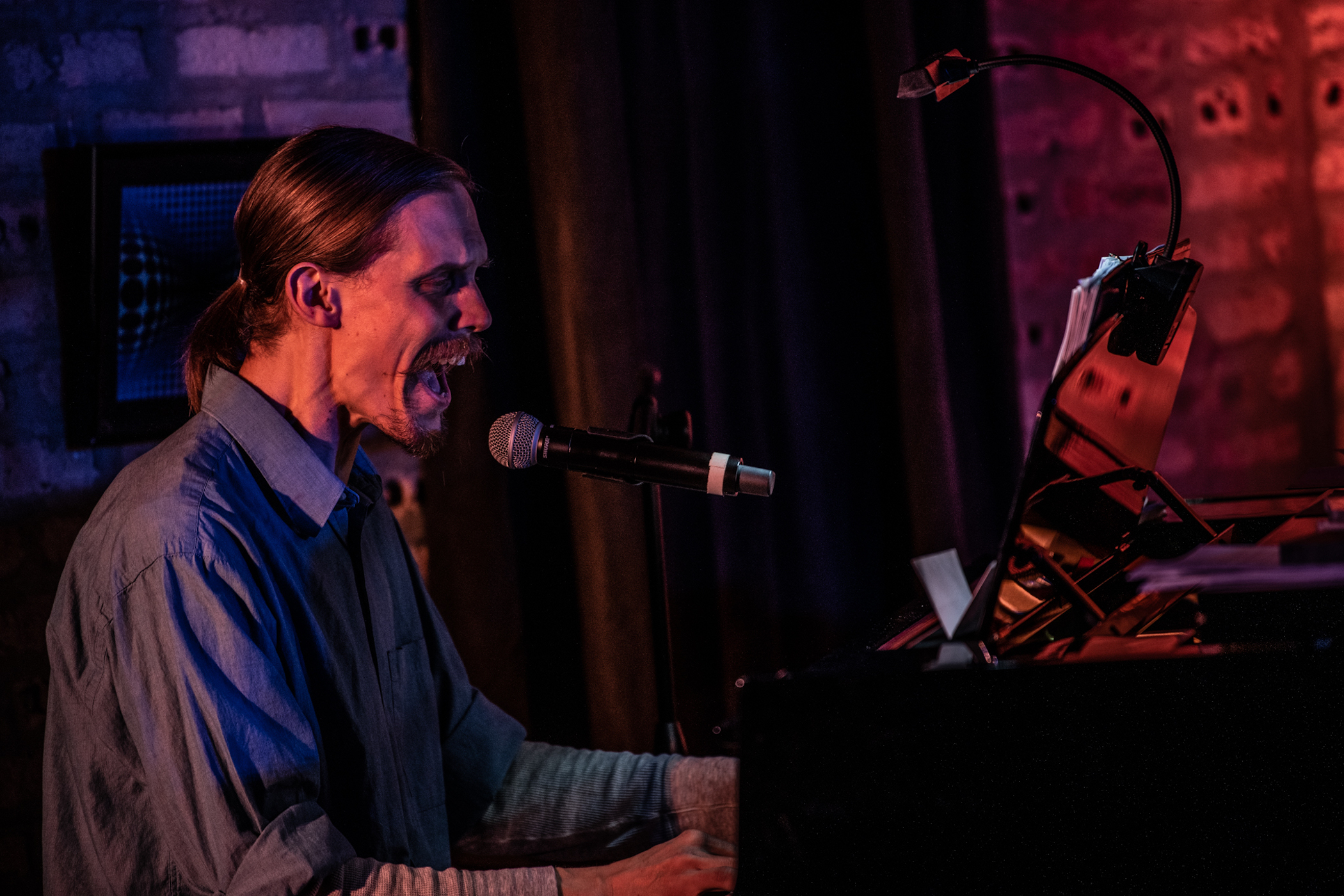 If you’re going to make topical art—as on Saturday Night Live, current events on your sleeve—the hope is that you’ve studied, you’ve engaged, you’ve discovered and now, you’re articulating. Enlighten me, soften my steely gaze to the rich nuance of the political narrative! Understand that you have power.

“The Last Session,” a musical memoir by Steve Schalchlin and his husband Jim Brochu, treats its politics with the sense of an impending disaster, while remaining distant from more complex thoughts or emotions. Homophobic Evangelicals? Bad. Casual racism? Bad. At a base level: duh. The conversations are tacked on with easy solutions while the emotional center of this play is undercooked: a once-famous singer, now HIV-positive (Erik Pearson) invites dear friends (Benjamin Baylon, Darilyn Burtley, Elizabeth Bollar) to unknowingly provide vocals for his suicide record.

This isn’t a production of storied, connected theater that gives light to that tragedy. The cast of “Session” and director Christopher Pazdernik have made a series of moments, each one entertaining or melodramatic, but never building. No instant is anchored to shared history. The songs, though stunningly performed, provide only a break between the witty, and sometimes cringeworthy repartee. Add to that an insubstantial and inconsistent world, the play feels totally decontextualized, tied to a little room with nothing other than some excellent singers keeping it together.

To be fair, the script is from 1997 and has punchlines and characters like a nineties-era sitcom. But in putting this up, there’s a degree of relevance that Pazdernik calls. Does AIDS still exist? Absolutely. But we’re not in that place anymore and we have to ask different questions of that history. What does “The Last Session” give us that no script written since then can?

Other than a unique sense of hope and a pulling central premise, I’m not too sure. Burtley, Bollar, and the evangelical Ryan Armstrong are fabulous singers and alright actors, but at two hours long, there’s nothing pressing to see. They work on an entertaining soapbox, but a soapbox, nonetheless, and those at the lectern don’t have much to say. (Jay Van Ort)