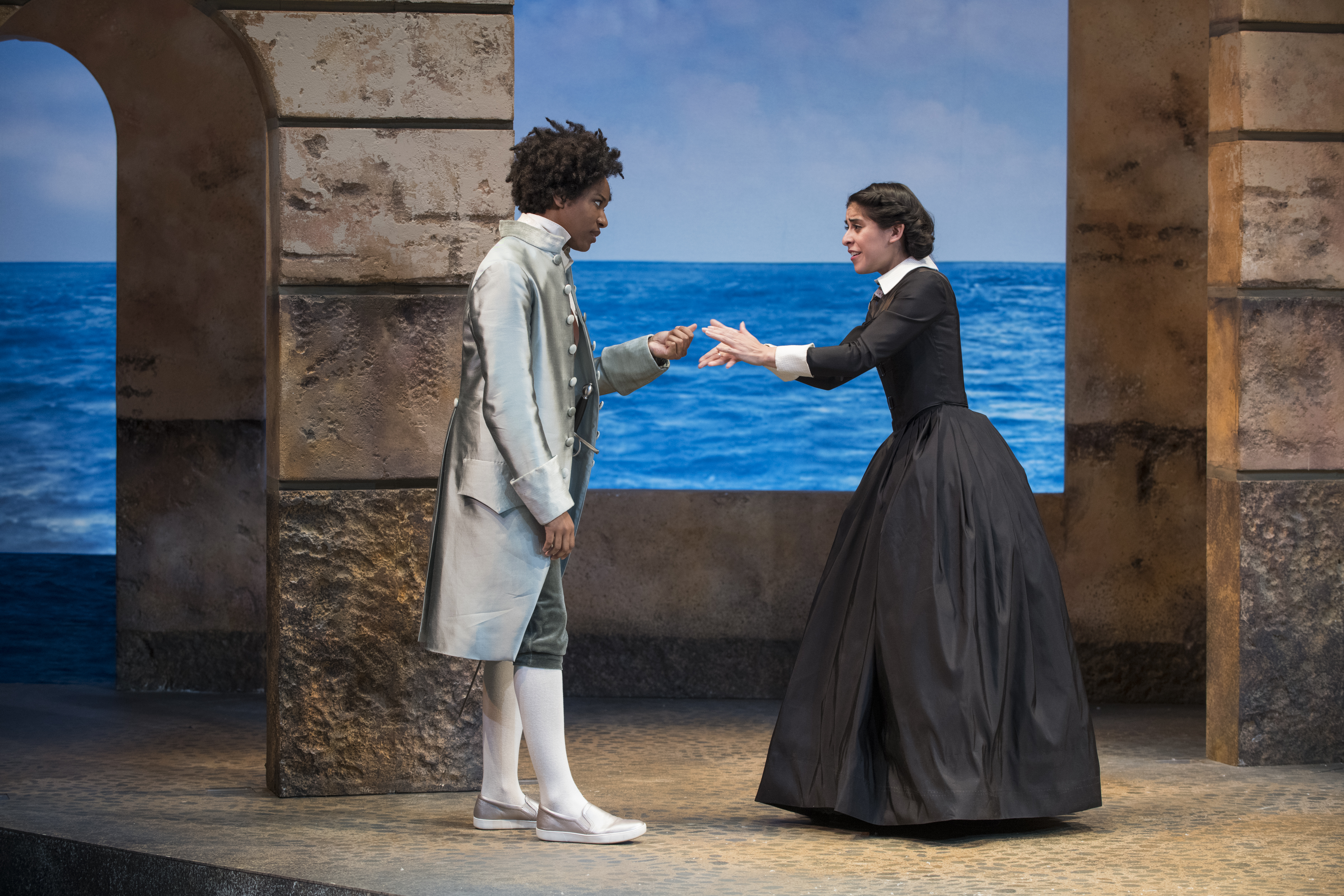 There are a lot of floral patterns in Writers Theatre’s production of “Twelfth Night.” They’re bright, they’re joyful and they’re unique. The costumes by Mara Blumenfeld are a perfect metaphor for the show on the whole. Set along the seashore with artful skies that change with the storms, dawns and dusks, the world of Illyria crafted by William Boles is an ideal setting for love and mischief.

The accessibility of the Bard’s work is a discussion point in parts of the theatrical community. In verse, the obtuse language serves as a barrier that can lead one to wonder if Shakespeare will some day fall out of fashion. In the case of this production, however, the text is a worthy combination of old and new. And with WT artistic director Michael Halberstam at the helm, this production is in for smooth sailing, unlike Olivia and Sebastian.

Accompanied by pleasing tunes written by sound designer Josh Schmidt, shipwrecked Viola (Jennifer Latimore) disguises herself as a man named Cesario to work under local Duke Orsino (Matthew C. Yee). Viola as Cesario can’t help but fall in love with Orsino when the Duke asks her to woo lady Olivia (Andrea San Miguel) on his behalf.

Throw in a handful of fools, a lovesick servant, Viola’s assumed-dead brother, “lunatics” thrown into cells, pranksters hiding behind shrubbery and ridiculous duels, and you’ve got yourself a comedic Shakespearean soap opera.

Unlike an actual soap opera, though, the only truly over-the-top action on stage is the comedy. This troupe of performers embraces the humor within Shakespeare’s text and runs with it. They run with it so much that sometimes audience laughter eats into the lines. There is an indescribable amount of joy in this production. Without a doubt each audience member walks away with a fool in their heart. Personally Sir Andrew Aguecheek the fop (played by Scott Parkinson) could duel for my honor any day.

So long as he lets me raid his closet.

Laughs aside, “Twelfth Night” is the Bard’s opportunity for women to rule the day. And rule they do with San Miguel and Latimore as Olivia and Viola, respectively. Their nuanced interpretation of these characters keeps the show grounded. Between the two of them there is empathy and love even in the show’s direst circumstances.

The most dire of all being the downfall of Malvolio (Sean Fortunado) plotted largely by Sir Toby Belch (Kevin Gudahl) and Maria (Karen Janes Woditsch). It is a great deal of fun to watch Gudahl, Woditsch, Parkinson and Mary Williamson as Fabian trick the puritanical servant, but even when Malvolio’s ambition is revealed it feels wrong to throw him in a dark jail cell and break his heart.

Even so, that’s part of what makes this play fascinating. It’s a comedy with brains, laughs and two of Shakespeare’s best leading ladies. (Amanda Finn)