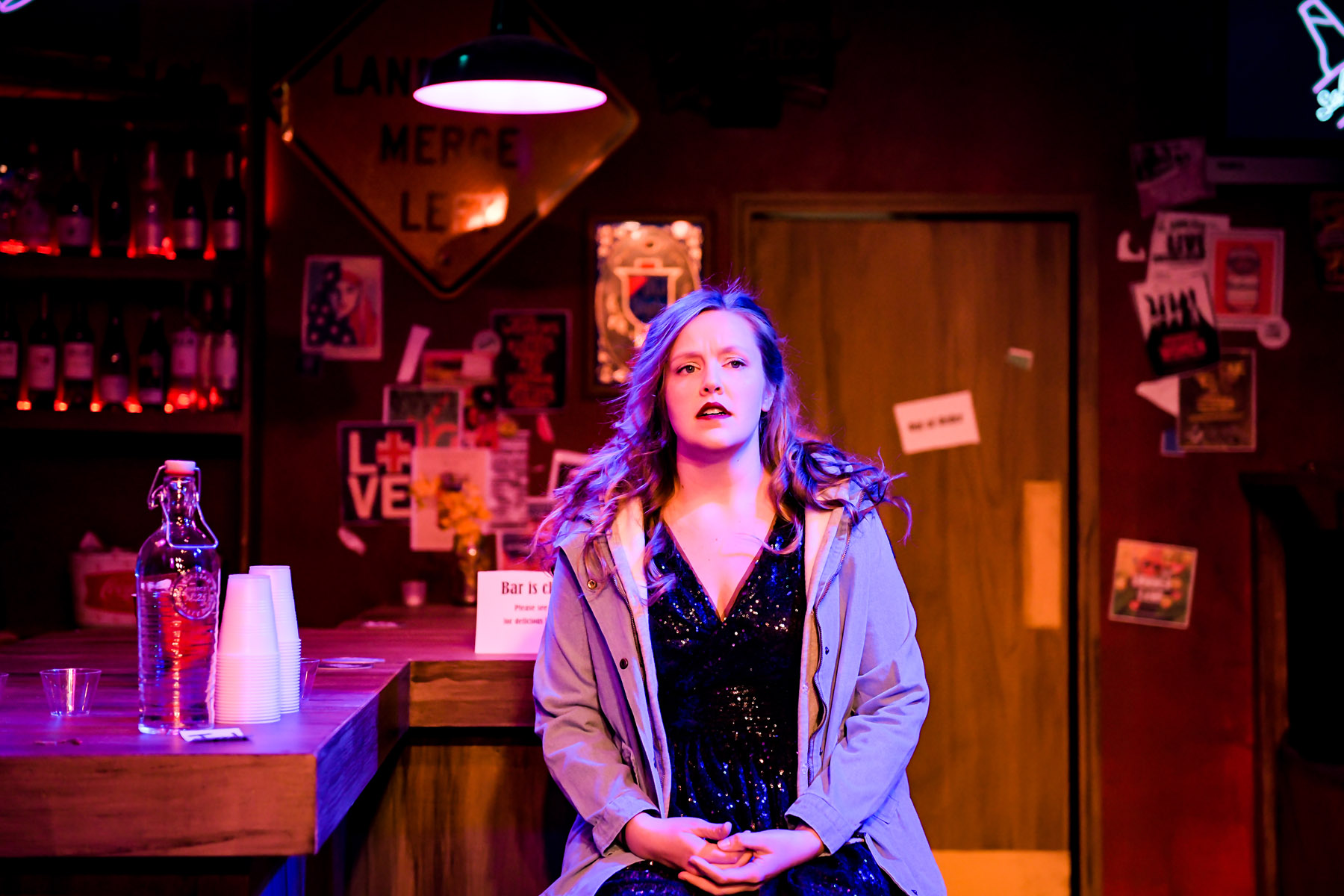 “Wife Material” at Underscore Theatre Company is a revamp of Jamie Shriner’s one-woman show, a witty, raunchy retelling of her escapades as a young bisexual woman and how she now grapples with the label of “wife.” How could she, an empowered sexual being, ever be “wife material”? Her show is an honest acknowledgement and defiance of heteronormative expectations of “wife,” as Jamie hashes out the accompanying shame and guilt and double standards she experienced growing up. There’s a refreshing honesty to her story that’s relatable to myself and many other female-identifying folks. She approaches these “taboo” subjects with brashness and pride. Her essential conclusion that “we’re all hot messes and that’s okay, awesome, even” is really comforting and offers solidarity in a divided, victim-blaming society.

But the idea of “wife” that Shriner tackles is a facet of the white, heteronormative patriarchy. While this show is about her struggles with the ideas, and calls out the bullshit of it, she ultimately succumbs to the system. And yes, you can still be bisexual and be married to the opposite sex and grapple internally with who you are. But in this case, Shriner neglects to delve meaningfully into her own humanity, and instead stayed with surface-level storytelling. The novelty of this approach is lost on me: another white woman is telling me about her queer sexcapades. I want to say this show was empowering, but its empowerment applies only to bisexual white women and white women who’ve had a lot of sex.

“Wife Material” is worth the trip if you’re within the white-bisexual-heaux-woman demographic. If not, it’s a story you’ve already heard. (Kelsey McGrath)