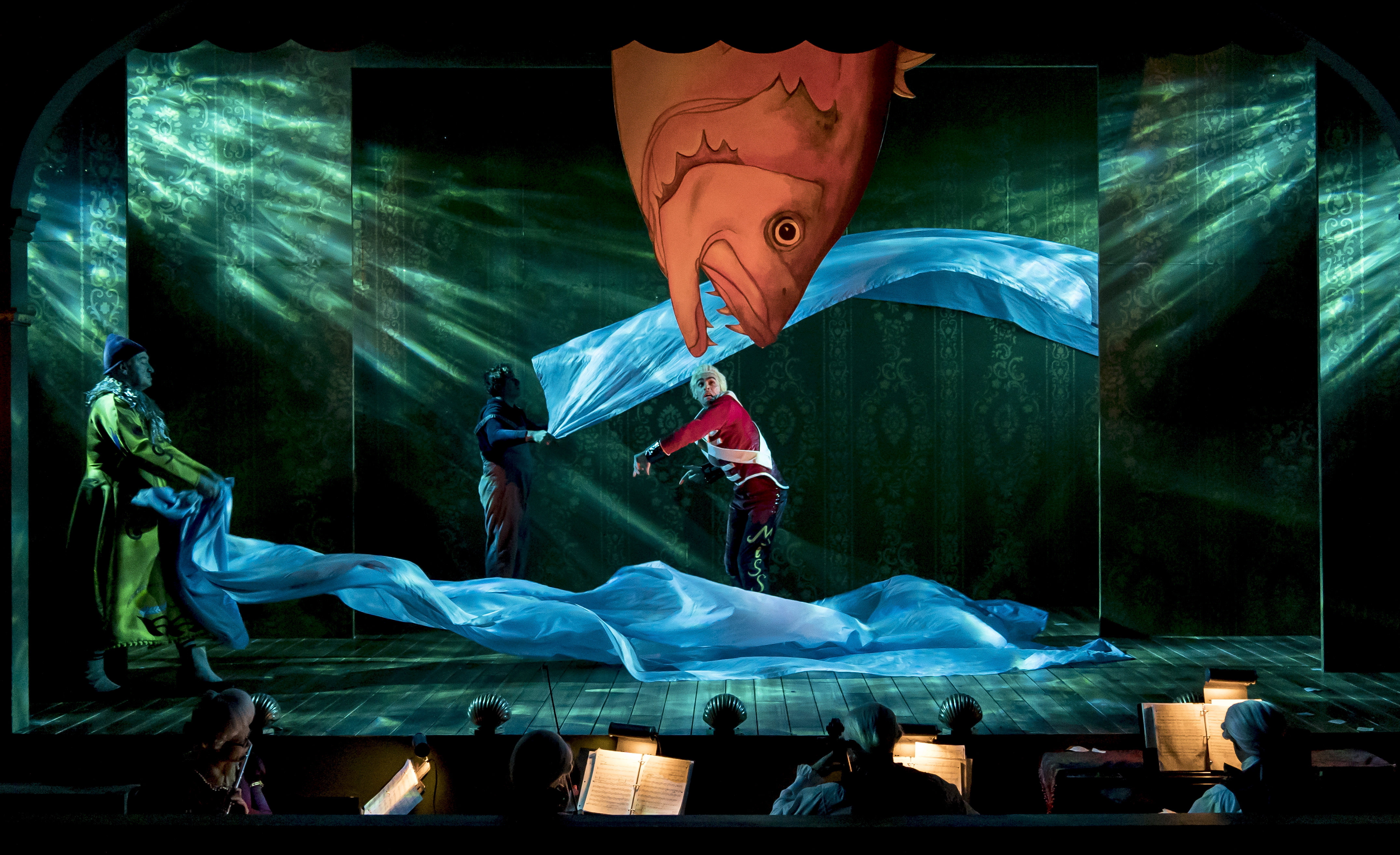 The holiday season in Chicago is upon us and with it comes many a theatrical tradition: a “Christmas Carol” here, a “Nutcracker” there, some “It’s a Wonderful Life” mixed in, too, plus a “Burning Bluebeard” for good measure. Lookingglass Theatre Company throws their hat into the ring with “The Steadfast Tin Soldier,” a world-premiere adaptation of the Hans Christian Andersen tale, conceived and directed by Mary Zimmerman. It is a worthy addition.

Mary Zimmerman’s production is a faithful adaptation of the fairytale, right down to the emotionally devastating ending. I’m not one for spoiling a story that’s nearly 300 years old, but suffice it to say, the ending is happier in the symbolic, metaphorical sense. The story concerns a toy soldier (Alex Stein) built with a leg missing, and the episodic struggles he must traverse to reunite with a ballerina toy (Kasey Foster) whom he adores. Many key villains stand in his way, including a wicked Jack-in-the-Box Goblin (Anthony Irons, deliciously devilish), a nasty Rat (John Gregorio, with a face made of rubber), and the Nursemaid of the central family’s home (Christopher Donahue, in stone-faced hilarity). Accompanied by a gorgeous four-piece orchestra, the story is brought to life by a crackerjack design team filling Todd Rosenthal’s toy-box proscenium set with puppets and toys and general theatrical wizardry.

A key feature is a complete lack of dialogue, with the storytelling conveyed through physical gesture, a task that the cast is all too eager to carry out brilliantly. This “Steadfast Tin Soldier” owes much to the world of British Pantomime, a holiday tradition that continues to this day in the U.K., with family-oriented theatrical offerings adapted from well-known fairy tales, featuring tropes such as an excess of physical comedy and men cross-dressing as women for comic effect (both of these tropes are present here, for better or for worse, and the quicker the latter is excised from the comedic handbook, the better).

The rest of the production, however, is an utterly charming, all-too-delightful sixty-minute whimsical journey that might bring a tear to your eye by the end. The performance concludes with a song offering one final moral before we step back outside into the always-dreaded Chicago winter: “Always Be Steadfast.” It’s a comforting message, especially in a world where our morals are deflated and dejected by the cynics and naysayers in our own public and private lives.

One of my biggest pet peeves is the qualifier that a piece of entertainment is “an escape.” We are not all afforded the opportunity to put our lives on pause, even for a brief moment at the theater. But for sixty minutes at Lookingglass, if nothing else, we get to see our world through theatrical magic and wonderment. And we can be steadfast with keeping that wonder, wherever we are this holiday season. (Ben Kaye)