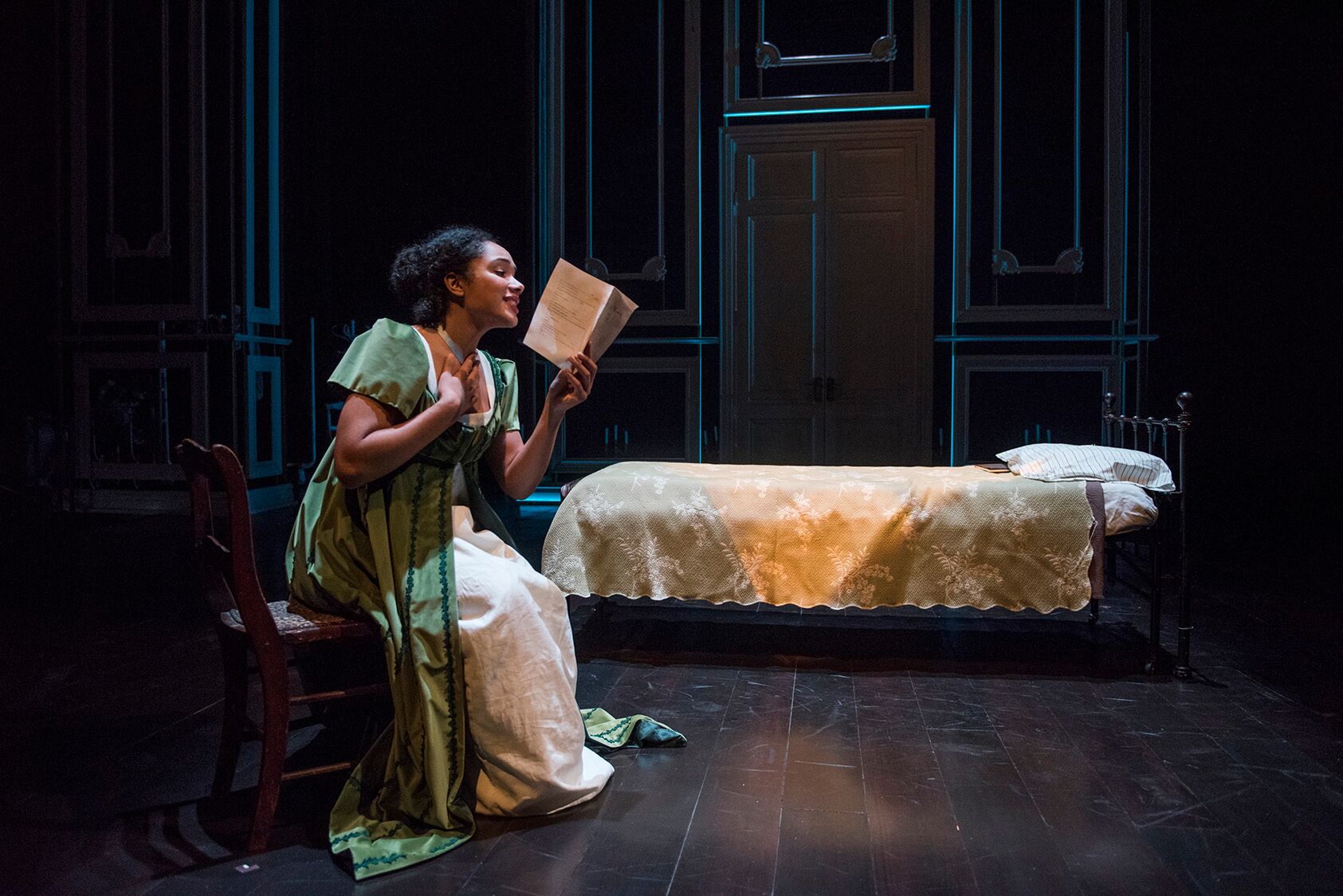 Before we talk too much about Kat Hamill’s adaptation of “Mansfield Park” at Northlight Theatre, I want to pose a hypothetical question: how much are you willing to compromise your point-of-view? Where do you think perceptual truths lie?

Okay: put that thought in the oven and pull it out at the end of this review.

This “Mansfield Park” lacks vitality, with the sole exception of two climactic minutes where the protagonist and conscience of the play, Fanny Price (Kayla Carter), finally tells everybody what she thinks, potently declaiming every malignancy she’s sucked up in her time at Mansfield Park, the eponymous estate in Austen’s novel, without letting any one of these fuckers get a word in edgewise. It’s a riveting two minutes of suppressed energy bursting out in glorious, righteous catharsis and it made me realize that I spent the previous two hours in a fugue state of feeling nearly nothing except a vague sense of irritation that somebody decided to put so much money into this.

As for Hamill’s note in the program, referencing the necessity to breathe life into the classics, to have dialogue with the dead: what did she mean if this was such a mediocre slog?

Sure, the acting is pristine. So is the set and the lighting design and the costumes (which look absolutely delicious, thanks to costume designer Izumi Inaba) and it definitely hits topicality with a firm check; I mean, as much as an adaptation of a 200-year-old novel can. Yes, everything is perfectly in place. The house is cleaned and the guest list prepared, and we will have no surprises tonight.

Northlight’s goal is not taking risks. Of course it’s not: they’re a subscriber theater. They’ve got a big facility. I understand. As such, “Mansfield Park” is planned for success, the emotions choreographed and the experience is sterile.

I understand why “Mansfield Park” is the way it is. And yet, I cannot say this is good despite its success. Because what it wants to do is commodify morality and culture and remove from theater any sense of intimacy or specificity for the sake of consistency and economic success. Nobody in “Mansfield Park” has to compromise their views because this is not a complex story; it’s a parable, and from the very beginning we understand what will happen. For me to say that this is a good experience would fly in the face of what I believe art to be, and it would mean that I didn’t listen to a word that Fanny said.

As for angles and perspectives? It depends. Sometimes, it’s about the middle ground. Sometimes it’s about calling it like you see it. (Jay Van Ort)