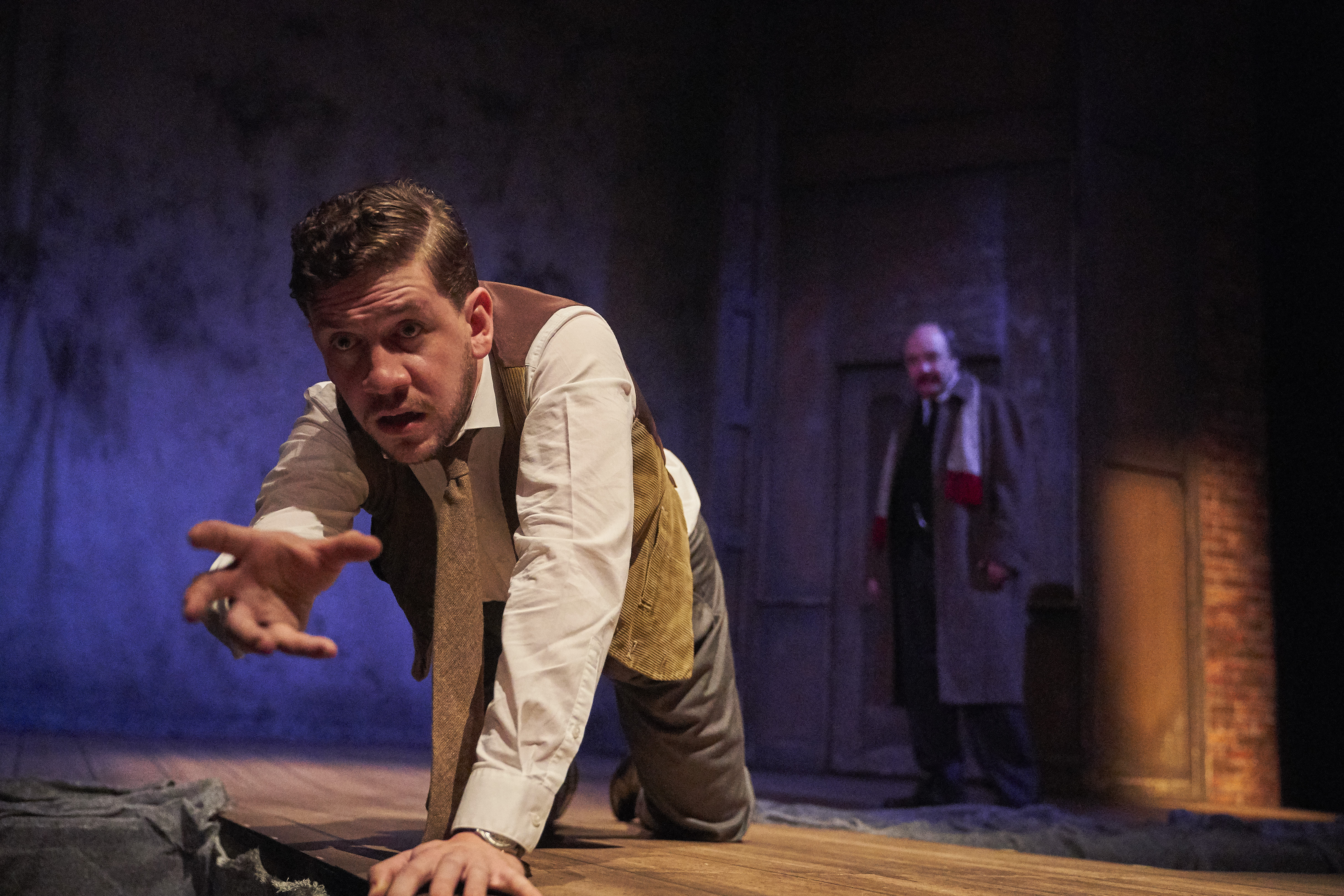 I didn’t shriek in fear—at least I hope I didn’t—during “Woman in Black,” but I had my share of gasps, starts, shudders and during the second act, an embarrassing, adrenaline-induced muscle spasm that ran from knee almost to shoulder. If this is your idea of holiday-time merriment, then by all means, see this two-man-plus-ghoul show, a touring version of a production that has run for almost thirty years in London. Based on the audience’s explosive ovation, the play—directed by Robin Herford, who commissioned it back in the eighties—has traveled well. It’s a break for playgoers weary of Dickens’ “Christmas Carol,” with its complicated four-ghost structure. “Woman in Black,” adapted from Susan Hills’ 1983 novel, has only one ghost, but it’s a doozy.

The play’s less-than-watertight plot, set in a nonspecific era, is a pretext for ghastly shocks and spectral encounters in a classic haunted-house setting, complete with locked doors that spring open, chairs that rock themselves and music out of nowhere. The hero is brash, naïve young lawyer Arthur Kipps. The youthful Kipps is played by Adam Wesley Brown, who—follow me here—also plays The Actor, who is staging the tale told him by the older Kipps, played by Bradley Armacost, who portrays all the other roles in The Actor’s dramatization of his story. Young Kipps has been assigned the task of executing the will of an old and reclusive woman who lived in a manse on the remote and boggy northeast coast of England. For reasons not made clear, the job entails entering the empty, creepy place and poring through piles of moldering papers. The play’s biggest mystery is why Kipps doesn’t simply grab the documents and run like hell back to London. But obeying the unwritten law that no protagonist in the horror genre can behave sensibly, Kipps spends the night in the blatantly haunted house, the scene of past tragedies endlessly and spookily reenacted.

More interesting than the contrived storyline is the layered theatrical structure created by Stephen Malatratt. The humorous if slow-paced opening depicts The Actor’s initial attempt to translate old Kipps’ dry, lawyerly account of his ordeal into a drama that engages the emotions and imagination. Asked by Kipps how such story elements as a horse and dog can be presented on stage, The Actor reassures him that sound effects and a bit of theatrical technique will do the trick. Sure enough, an old rattan trunk and some nondescript chairs morph into buggies, train cars, legal offices, houses and hotels. We see how the simplicity of live theater creates complicity with the audience, which joins in the conspiracy to make the illusion come terrifyingly alive. By the end, it’s all too real for The Actor, who in enacting Kipps’ Ancient Mariner-like experience of horror, has taken on his curse and spread it to us, the audience.

We’ve heard this story before. What saves the cliché-filled show from the quicksand of corniness is the excellence of the cast, the effectiveness of the low-tech but high-gloss staging, and the sure hand of the director, who, after three decades, knows exactly how to space the spectral apparitions for maximum effect. Seasoned Chicago actor Bradley Armacost is superb both as the shaky, traumatized old lawyer and in his half-dozen or so secondary parts, each with a distinctive accent—kudos to dialect coach Eva Breneman—and physical presence. Adam Wesley Brown is equally strong as the bumptious theatrical who begins to lose himself in his part.

There’s no great moral message or social insight to take from this heart-pounding journey through primal fears. “Woman in Black” is frightfully fun entertainment, executed with gusto and silky-smooth professionalism, a perfect diversion for this season of frosty days and long nights, when the forces of light and darkness seem locked in cosmic combat, and a good ghost story is just the thing. (Hugh Iglarsh)