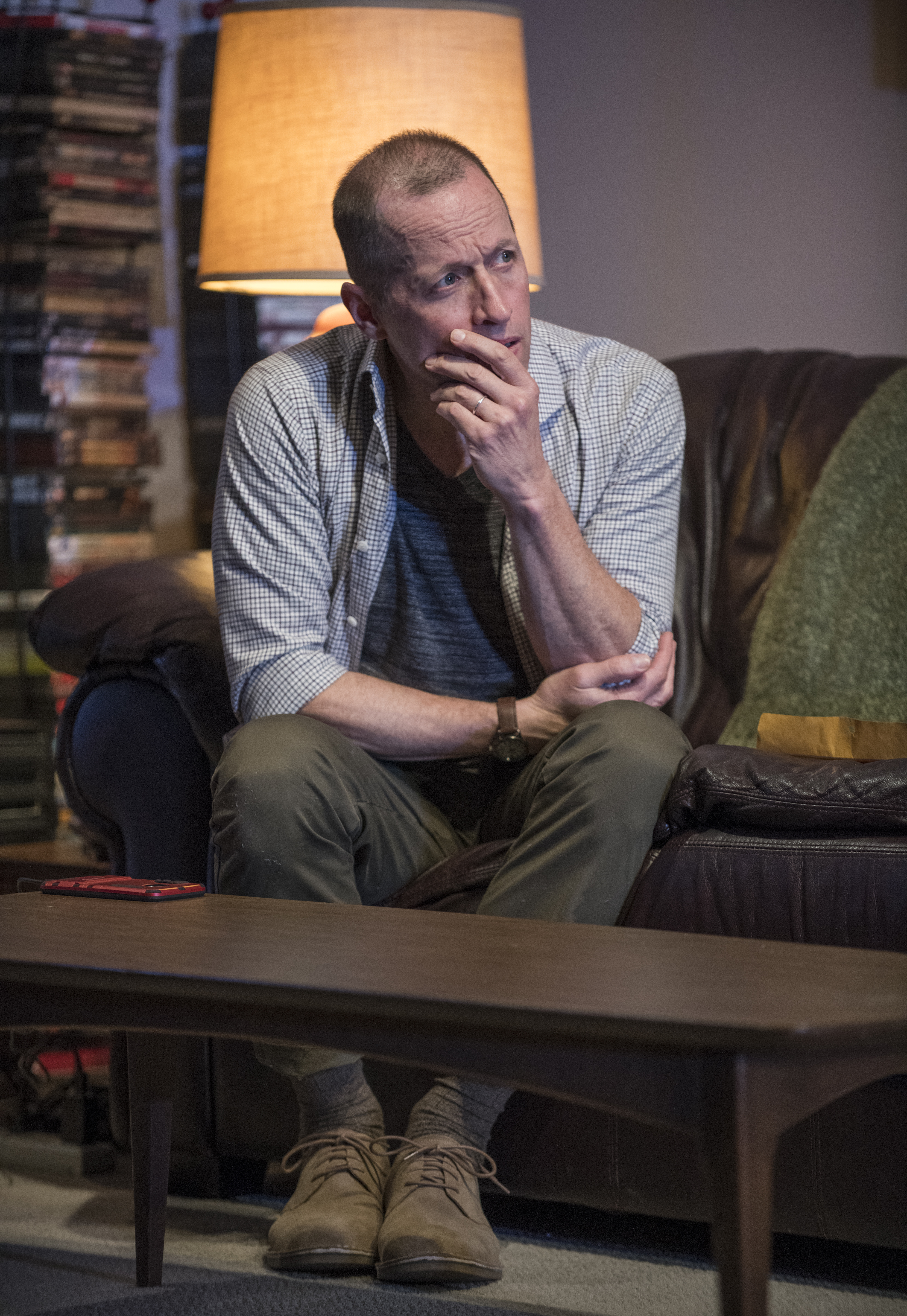 Trigger and content warnings: they are a topic of debate in all kinds of circles and have popped up frequently in my own circle largely because of the play “Downstate” at Steppenwolf Theatre Company.

There is a lot of criticism targeted at trigger warnings. They can be seen as infantilizing an audience. Yet when it comes to offering people a chance to consider their own feelings, it shows that the theater takes respect of its audience into consideration. Take, for example, this lovely sentiment from a 2016 opinion piece about content warnings in academia from the New York Times:  “It is not that difficult issues should not be taught—it is that they should be taught with nuance. Allowing a military veteran to skip a screening of ‘Pearl Harbor’ or to opt for a less graphic version of a chapter about the Vietnam War is not succumbing to ‘political correctness’ or interfering with learning; it is treating people with basic decency and respect.”

“Downstate” is the story of four sex offenders who live together in a group home in downstate Illinois. They’ve committed acts of sexual assault against minors (pedophilia) and are coping with their choices. It is a taboo subject, to be sure.

Steppenwolf took appropriate actions to warn audiences of the content including a warning online about “graphic descriptions of child abuse and rape, drug use, smoke effects and graphic depiction of self-harm.” Further, there are warnings within the play synopsis, performance reminder emails, and notices on the doors of the theater. “All of our audience services and front-of-house staff are trained and prepared to share content warning information,” according to Steppenwolf senior communications director Madeline Long.  “The theater has had many conversations about balancing the obligations we owe to audience members who do not want to be exposed to potentially traumatic depictions on stage, versus audience members who come to the theater explicitly to be surprised.”

While “Downstate” is a part of Steppenwolf’s current season, members had the opportunity to pick and choose which of the productions in the Upstairs Theatre they wanted to attend as part of their season subscription package. The theater is also working on a system in which patrons are able to “opt in or out” of knowing about specific content. “This way, patrons who want to maintain the ability to be surprised or shocked can do so, while those who decide to check for content that they feel will upset them can do so too,” says Long.

Even so, sometimes it takes being in the space for an audience member to be overcome by a topic. Sometimes previous experiences in the theater will halt them from considering the show all together.

I reached out to the theater community for their take. Several individuals responded on the subject of trigger warnings and how they were personally affected by productions. They are published here anonymously to respect their safety and privacy. Submissions have been edited for style and length.

In my opinion, the theater is meant to do two things: entertain and educate.

Within those two larger purposes is a myriad of emotions theater can (and [one hopes] will) elicit. I can certainly be entertained while also being challenged. While being educated by experiences outside of my own, I am always hopeful that my empathetic nature will be aroused. So, while in the grander scheme of things it boils down to entertainment and education, my experience with theater is still nuanced.

However, in my opinion, theater should not be a traumatic experience.

Last year I saw a production of “How I Learned to Drive.” I was vaguely aware of the subject matter but was not prepared for how much the character of the pedophile is humanized. As a survivor of a sexual assault that I believed was consensual at the time (I was a young teenager, he was a man in his mid-twenties), I was deeply triggered by seeing the production. It stuck with me for weeks and due to that experience and its aftermath I decided it was not safe for me to see any other plays where we were asked to sympathize or empathize with pedophiles.

For this reason I chose to stay far away from “Downstate.”

I am not saying that a play like “How I Learned to Drive” or “Downstate” shouldn’t exist, but I do wish that theaters felt a responsibility for the emotional safety of their audiences.

[In response to “Downstate”]

I feel fine and functional today, and I hesitate to describe myself as triggered though I thought of my own childhood sexual trauma several times during the course of the show and thought with some alarm about the even more visceral experiences others in the theater might be having.

I’m sure [theories have] been written and published about why violence enacted live onstage should seem so much more affecting than violence, even more gruesome, onscreen. But when [self-harm occurs,] I immediately thought of “Gloria,” and how it had felt to watch the first act of that play.

I wasn’t remotely prepared for “Downstate.” When the victim read his letter to his abuser in the beginning of the show I knew it was going to be a rough time for me. I clenched my fists so hard during the performance my arms hurt for days. I’ve written that victim’s letter a thousand times in my mind.

Empathy for human beings is an innate need in the world, don’t get me wrong. And I believe in rehabilitation, but having known abusers it made me physically sick to watch actors (who were damn good) ask a victim if he actually remembered things correctly. Having been gaslighted like that for years and dealing with the effects to this day, those moments destroyed me. I was a mess for days after seeing that show. I had nightmares. The kind I hadn’t had in years.

I’m grateful that Steppenwolf warned audiences. It’s impossible to fully warn people about how they’ll react to something without ruining the show. I wish I had taken the warnings more seriously and known myself better. It’s a topic I can’t handle. I didn’t have pity for those four men onstage and the loving person that lives in my heart hates that about myself.

I saw the trigger warnings for “Downstate” that Steppenwolf provided and made the educated decision to see the play, knowing that there would be conversations about child abuse and assault, in addition to a depiction of self-harm. I was upset, but not triggered, by these things on their own, in watching the production though I know that many would be and [I] appreciate Steppenwolf’s content warning.

The depiction of a victim of sexual assault being dismissed and disbelieved when confronting his abuser, without comment from the playwright or direction, was harmful.

A more conscious exploration, or even program note, would have opened a conversation about whether or not we should defer to believing survivors no questions asked, while still allowing the audience to trust the playwright’s intentions. I was blindsided and felt dismissed by the production in its second act, due to a lack of adequate exploration in the material.