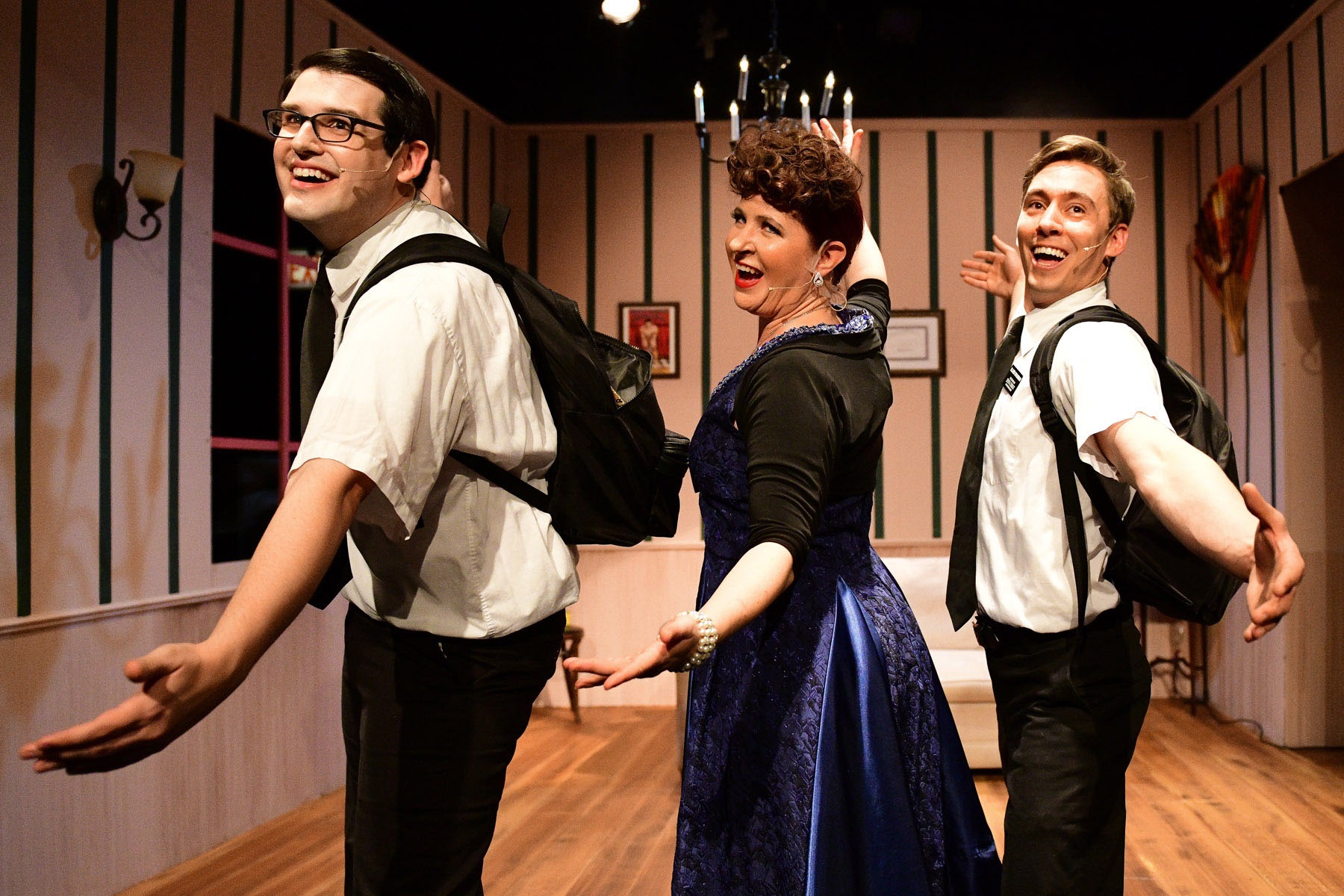 No, “The Book of Merman” is not a parody of “The Book of Mormon,” although it throws a few shoutouts to the hit musical. Nor is it a cabaret send-up of one of America’s most memorable musical talents. Rather, the production is sort of a comedy and a little bit of a coming-out story and maybe an ode to old-fashioned show biz.

It begins with two Mormons knocking on doors in order to save souls while keeping a sharp lookout for Jehovah’s Witnesses, who claimed this piece of suburbia for themselves. Lo and behold, they knock on the door of Ethel Merman, who looks alive and well despite reportedly passing away in 1984. Is this in fact the same Ethel Merman? The two missionaries think she may be and try their darndest to convert her. Ethel, meanwhile, is content to give out sound Broadway advice on living. As she does, one of the missionaries becomes more interested in the theater than religion.

Nicole Frydman makes a fine Ethel Merman and Michael Idalski and Sam Massey are more than up for their roles as Mormon missionaries. There is a lot to like in Leo Schwartz’s music and lyrics. The laughs, though, are too few and far between for this production to ever truly take off. Those expecting anything close to the comedic genius of the better-known Mormon-centered musical will almost certainly walk away disappointed. There seems to be only so much you can do with the premise of Ethel Merman meeting up with a couple of Mormons.