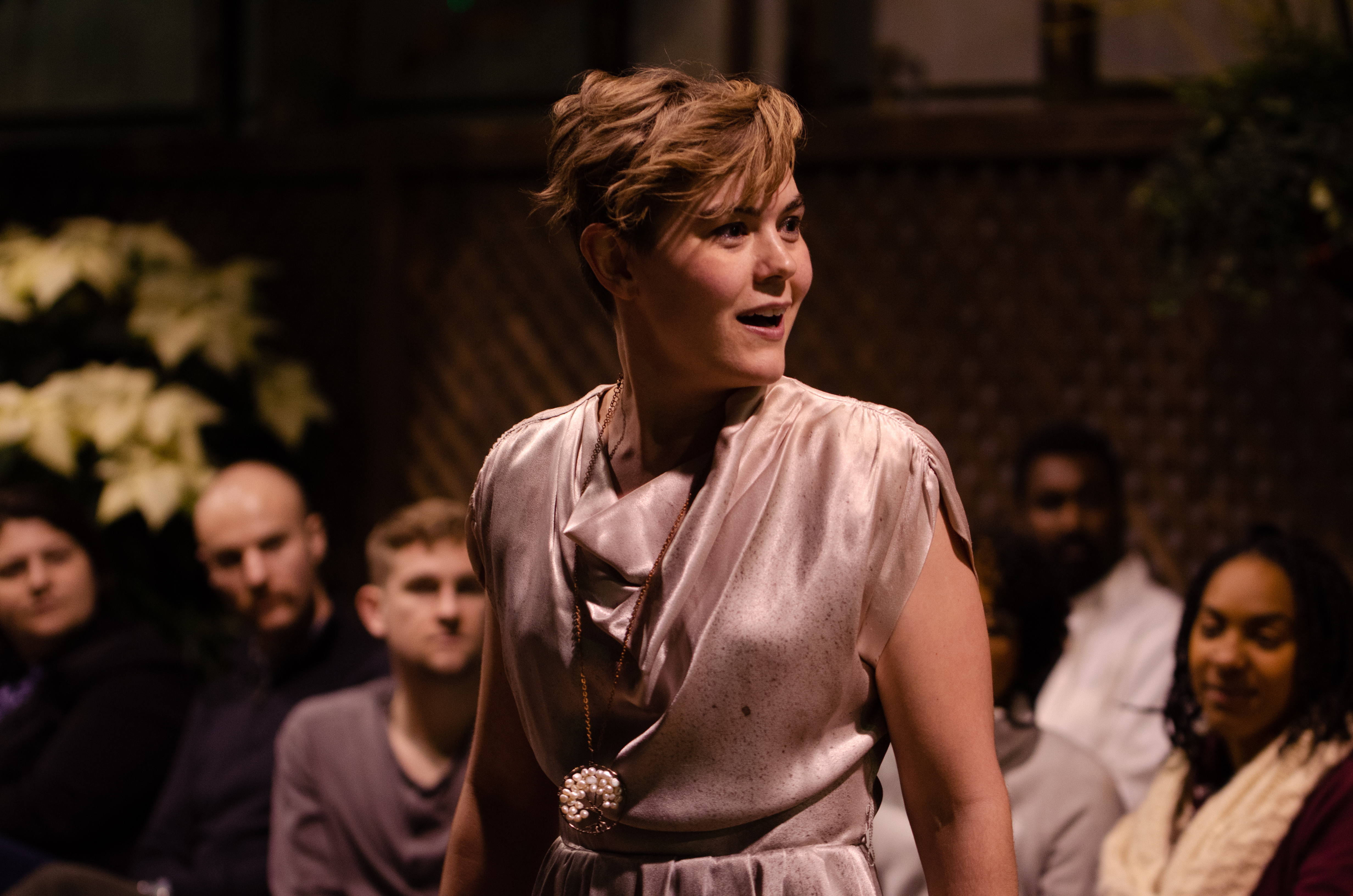 Shakespeare, despite being a dead white guy, still has his finger on a pulse in more than one way. Beautiful poetry that taps into the heart of well-drawn characters? Got it. Puns, forefathers of the contemporary dad joke? Absolutely. Thought-to-be-dead twins? Chuckle gold, my friends. “Twelfth Night” hits all of the tonal tears and laughs that exist within Shakespeare, perhaps explaining why it’s the most memorable of his comedies. Midsommer Flight’s version does not miss many beats.

Shakespeare, as anything other than a teaching tool and master class, is tough to work through. It’s hard to fault a company for such a joyful (and misanthropic) production, especially when they’re not asking for much or trying to pass the story off as high art. With a cast who do their darndest, the 100 minutes pass quickly. This play lives comfortably among the flowers of the Lincoln Park Conservatory Show House.

The room, the original score, it’s all comfy. Same with most of the performances. Shakespeare’s verse and prose don’t just roll off the tongue, but most of the actors here (specifically Oly Oxinfry and Amanda Forman as Feste and Viola) make it easier to take in all the language with bold, believable characters. There’s unevenness in tempo as the exposition-heavy beginning clogs and the second act ramps up so quickly that there’s not a ton of time to catch up.

Every actor has at least one moment in the sun and nobody drags it down. What I really respect about this “Twelfth Night,” though, is that they didn’t shy away from the darkest parts of the play. Malvolio (played marvelously by Maureen Yasko) is portrayed as a flawed figure, but that doesn’t warrant the pain of being at the ass-end of a joke taken too far.

A mention of the always-miserable in festive times? Who knows. That’s for the academics. But for now, it’s nice to live in the moment. (Jay Van Ort)