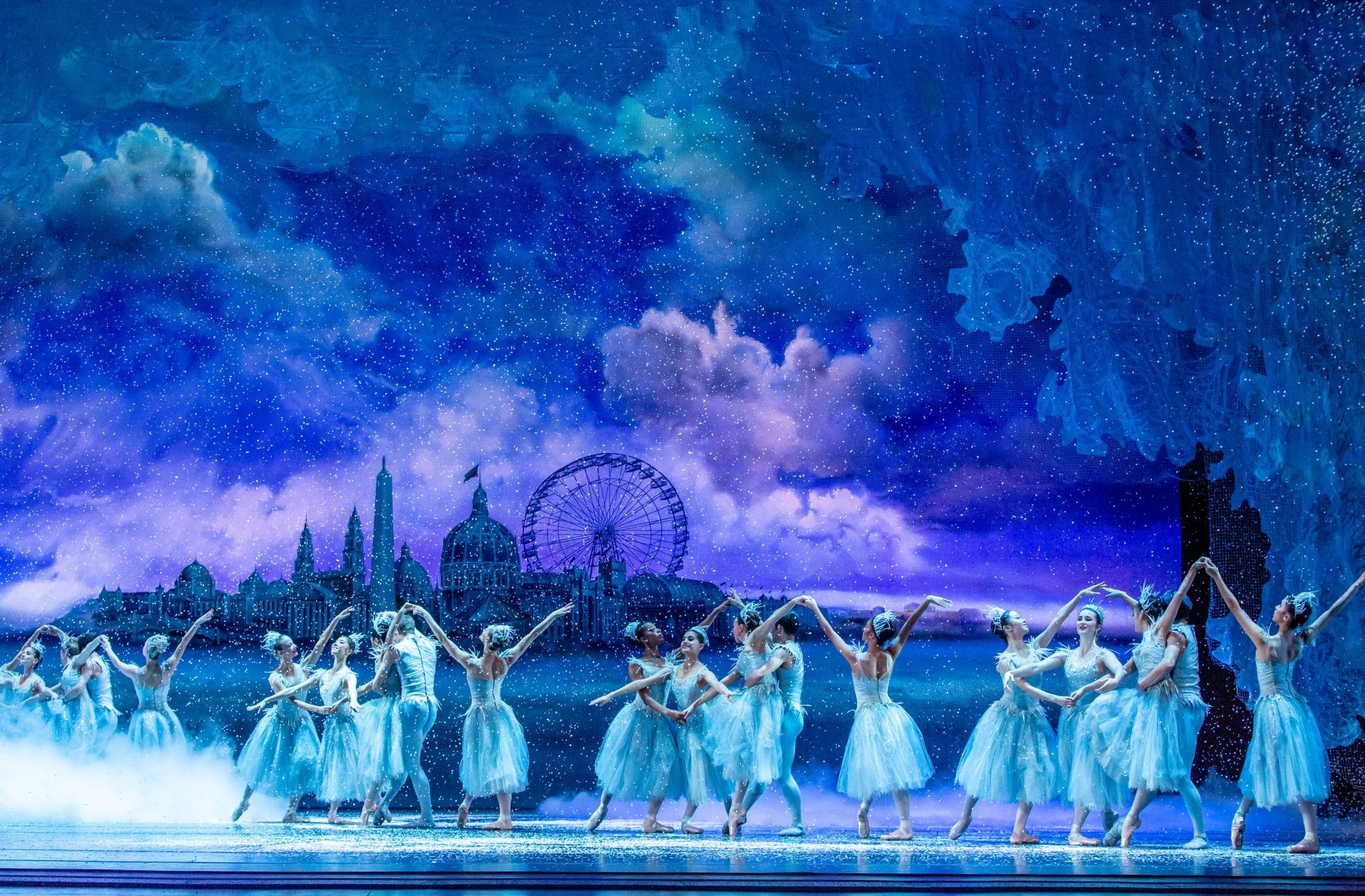 The Joffrey Ballet in “The Nutcracker”/ Photo: Cheryl Mann

The holiday season is all about tradition. From trimming the tree to baking cookies to replaying tunes heard too many times to count, each year as the days shorten and the chill of the frost finds us, we find ourselves craving the familiar comfort of the known. “The Nutcracker” ballet holds high rank among America’s holiday favorites, alongside hanging stockings on the mantel and drinking too much eggnog at office holiday parties. And, each winter, dance studios and companies across the country bring audiences together to partake in Tchaikovsky’s sweeping music and the images of sugarplums dancing in an opulent Christmas wonderland. While it might seem overdone or even hokey to some, traditions such as this give us a sense of cohesion and permanency through the ever-changing perspective of time. But when repeated without a critical eye, traditions also have the potential to become habits and perpetuate stale social ideologies. The second act of “The Nutcracker,” originally conceived for Marius Petipa’s 1892 premiere in St. Petersburg, happens to be a prime example of this. Fraught with cultural tropes and appropriation, like many classical ballets, “The Nutcracker” begged to be reimagined to suit a broader audience with more contemporary values.

The Joffrey Ballet is one of many dance companies to recognize and respond to this cultural need in its redesign of this treasured classic. Now in its third season, Tony Award-winning choreographer Christopher Wheeldon’s “Nutcracker” was envisioned specifically with Chicago viewers in mind. This version is set within the World’s Columbian Exposition of 1893 and was inspired by a historic picture of a wooden clapboard shack on the construction site of the fair’s White City. This served “Wheeldon’s wish to bring in a new socio-economic plotline,” according to the program notes. Instead of the family central to the story being wealthy and privileged, they are an immigrant, laboring-class family run by a single mother, whose work as a sculptor on the iconic Statue of the Republic supports the heroine, Marie, and her younger brother Franz. Heir Drosselmeyer is no longer Marie’s rich uncle, but rather, The Great Impresario, inspired by the exposition’s chief architect Daniel Burnham.

Besides the shifts in location and character, the narrative remains much the same. The ballet is still chock-full of virtuosic dancing, thoroughly gilded holiday imagery and, of course, familiar melodies stunningly played by the Chicago Philharmonic, directed by Scott Speck. Wheeldon’s well-crafted choreography is framed by theatrical sets, while minimalistic in design, use projection and lighting to conjure a sense of depth and scale that is both literally and figuratively larger than life. Another noteworthy addition is the integral puppetry of MacArthur fellow Basil Twist, which adds a welcome quirk and heightens spectacle throughout the show. Author Brian Selznick expressed that it is the, “transformation of Marie’s life that ultimately became what was most important to this new version of ‘The Nutcracker.’ While being respectful of the source material, we hope that Marie’s dream journey through the World’s Fair will illuminate what is special about all holiday stories… the value of love, the need for hope and the comfort of family, no matter where you are from, or what type of family you have.”

While there were well-intended adjustments to the storyline, there are still aspects of the plot and depiction of the characters that feel archaic and cliché. Nevertheless, reimagining holiday customs is a tricky business since the very notion of tradition is to hold onto previous times. (Alyssa Motter)