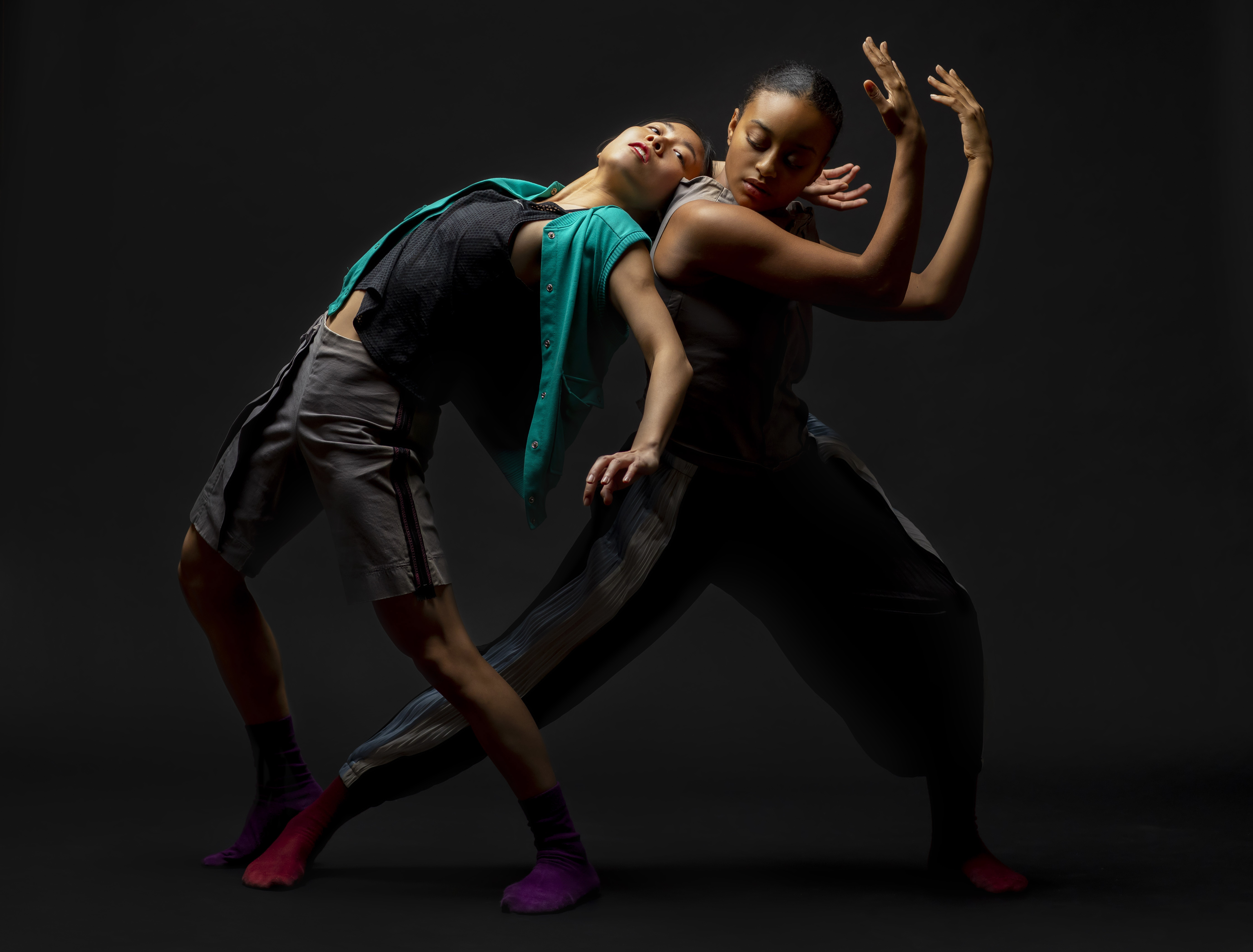 The Hubbard Street winter series is dedicated to new works created by members of the company. It’s the second year in a row the company has given the stage over to its budding in-house choreographers and “danc(e)volve: New Works Festival” is already a welcome tradition. The program features repertory pieces by Florian Lochner, Alice Klock (this being her second time choreographing for Hubbard Street) and Rena Butler, who joined the company in 2016. We visited a rehearsal and spoke with Klock and Butler about the new dances they created for the company they call home.

You’ve said that “Fold Me” is inspired by the idea of meeting alternate versions of oneself in different dimensions.

Klock: Yes, it came from my mother asking what an interaction with another version of myself might be like. I asked each dancer who they might be in a different dimension. I asked some very specific questions and we built character sketches. From there, I did the movement design. Though I have specific ideas for myself, I hope people come fresh and unaware and see how it strikes them.

Could you tell me about the soundscape for “Fold Me”?

Klock: I always design my own soundscape. I take music and deconstruct and reconstruct it into one long track. For this I used music from “The Revenant” soundtrack, sounds of rain that I remixed to form a rhythmic pattern, a dramatic strings piece by Anne Müller. All epic and large scale.

“III.Third” is part of a trilogy. Is there a plan to perform them all in Chicago at some point?

Butler: I hope so. I made all three in tandem, so I decided why not make them all about self? Right now we’re in a state of turmoil, and I don’t know if this is because I’m hyperaware of how I look when I step outside in the midst of the Me Too movement and the Black Lives Matter movement and immigrant rights. What can I do with my art instead of it just being an aesthetic thing and create activist work?

“First” is about gender, commissioned and performed at Loyola. “Second” is about race and premieres the same weekend at my alma mater, SUNY Purchase. “Third” is about customs and culture. I devised them as separate but equal. There’s shared material in all three.

How much did the dancers contribute to the creative process?

Butler: It’s a true collaboration. If someone had a feature, I would have them inject their voice in the phrase. One dancer is from Nicaragua, used a small gesture from Nicaraguan culture, pointing with the chin to indicate direction, that was implemented in her phrase. It’s not just about me navigating who I am and my identity but a mirrored image of the dancers, so it’s readily available to them and there’s new things to discover. And hopefully for the audience to find a glimmer of themselves in it. (Sharon Hoyer)