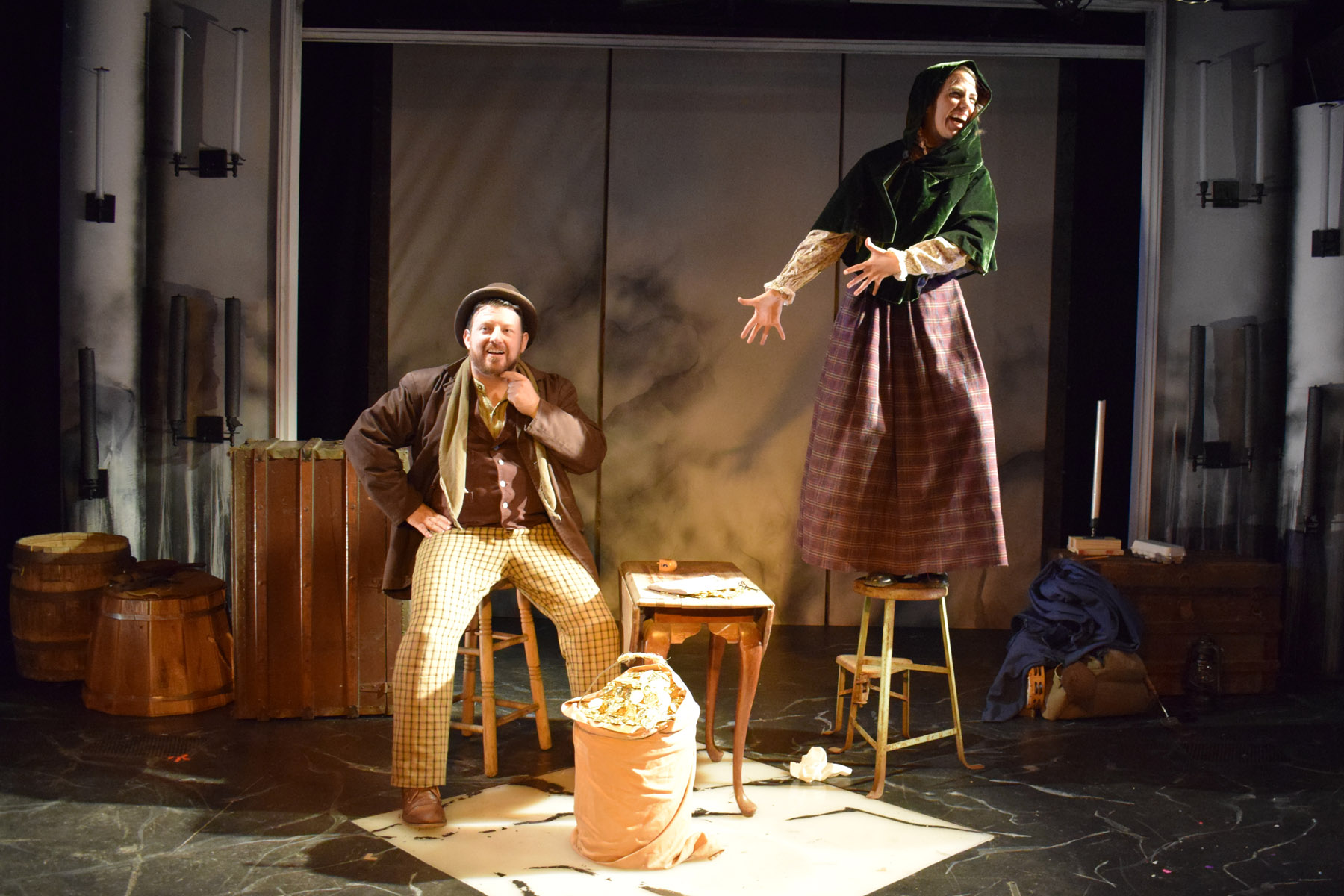 “A great miracle happened there” is the theme of Hanukkah, the Jewish festival of lights. The holiday celebrates a ragtag band of Judean guerrillas’ unlikely victory over a powerful Greek-Syrian army in the second century B.C., as well as the miracle of a smidgen of kosher oil burning for eight nights in the rededicated Temple’s menorah. The nightly lighting of candles also points to the seasonal wonder of the post-solstice lengthening of daylight. In the Chicago theater scene, with its onslaught of Christmas-themed plays and spectacles, the great miracle is that Hanukkah gets any mention.

So let’s give a warm hand to Strawdog Theatre Company for premiering the musical adaptation of “Hershel and the Hanukkah Goblins,” based on the children’s book by Eric Kimmel, adapted by Michael Dailey and with music and lyrics by Jacob Combs. The not-quite-hour-long song-dance-and joke-filled show, ably directed by Jacqueline Stone, provides much-needed holiday fare for families of the non-Noel persuasion. It’s full of entertaining audience-participation moments guaranteed to keep the kinder engaged, including a rousing sing-along closer on the joys and protocol of latke-making, complete with potato peeling and grating gestures.

Alas, the rest of the show, while full of imaginative effects—including a miniature mountain climbed by a doll-like Hershel—is not quite as tasty as the latke song. The problem is mainly in the story itself, a shtetl variation on “How The Grinch Stole Christmas!” Here, it’s a passel of Hanukkah-hostile gremlins who haunt an abandoned synagogue and are dead set on preventing the frightened villagers from lighting the holiday candles. But whereas Dr. Seuss’ Grinch is wickedly fun, Kimmel’s villains must be the dimmest imps in fairytale history, and the hero’s battle against them has a too-easy predictability. Hershel himself (Anderson Lawfer) comes off as a somewhat beige character. He lacks the cheekiness of the historical Hershel of Ostropol, a poor man who lived by his wits and loved nothing more than to skewer the rich on the prongs of their own vanity and hypocrisy.

Still, this is a show that children will not only enjoy but also learn from. Hershel’s outfoxing of the goblin king and de-haunting of the synagogue is a clever allusion to the Maccabees’ defeat of King Antiochus and purification of the defiled Second Temple. And the framing narrative—in which a shivering and hungry acting troupe, confronted by a stingy innkeeper, must perform the goblin tale in return for food and shelter—gently conveys the valuable lesson that hospitality and generosity are the essence of holiday spirit. Sophie Scanlon is a droll and slinky goblin, and the cast as a whole skillfully doubles as a clarinet-driven klezmer band.

With a touch less cuteness and a “bissel” more Yiddish bite, “Hershel” could emerge as a Chicago holiday classic that stands out from the crowd. (Hugh Iglarsh)