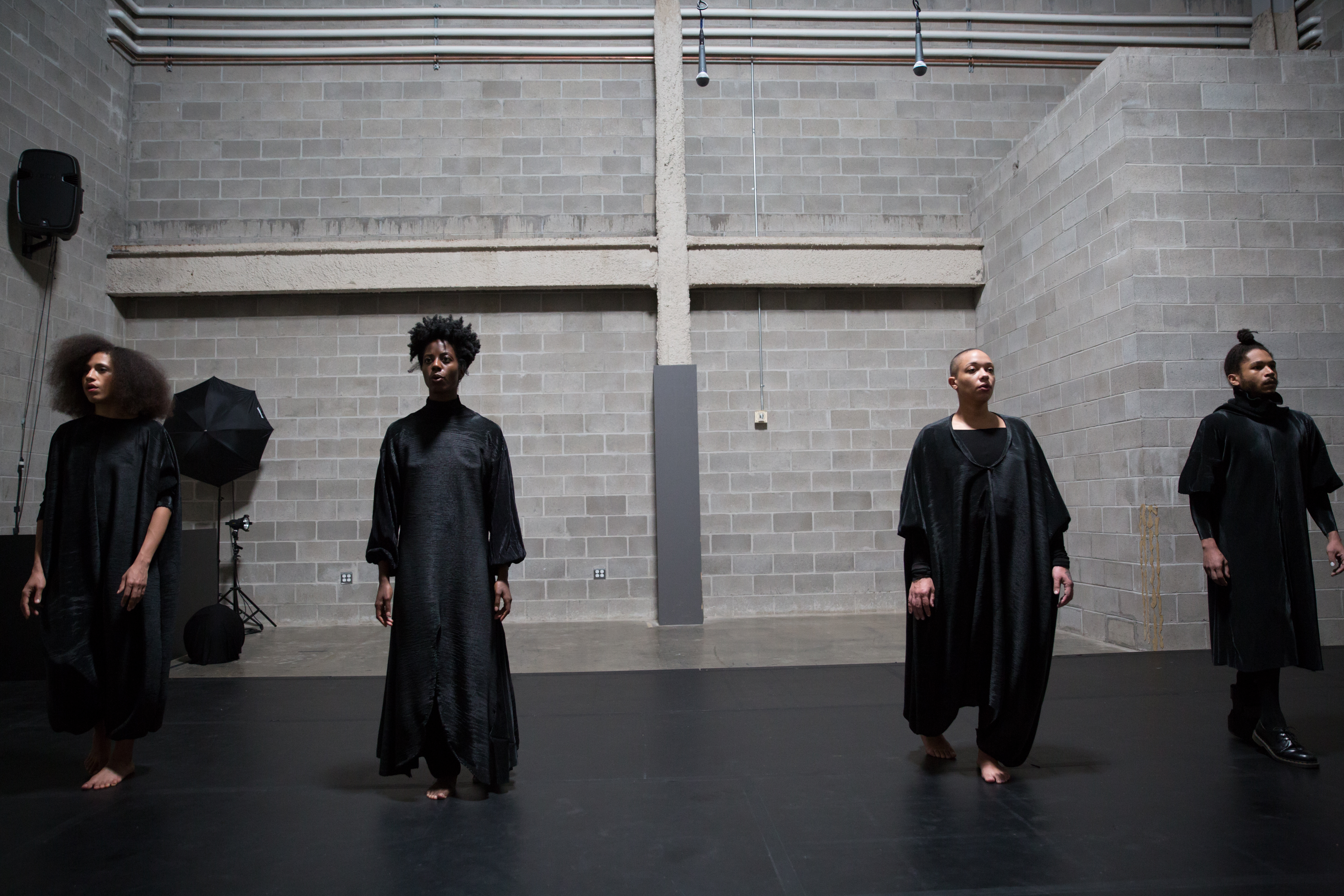 This week, the MCA takes its performance series off-site to its warehouse space in Chicago’s West Town neighborhood. The occasion? “What Remains,” a collaboration between Bessie award-winning choreographer Will Rawls and highly acclaimed poet and MacArthur fellow Claudia Rankine, curated by the MCA’s Tara Aisha Willis. The sixty-minute multidisciplinary performance, which was previously presented at St. Marks Church and Bard College in New York, addresses issues of race, opposition, hostility, identity and disappearance, bringing into question what it means to be simultaneously surveyed and ignored as a black person in society.

Willis not only curated the event but also performs in the work alongside Leslie Cuyjet, Jessica Pretty and sound designer Jeremy Toussaint-Baptiste, all of whom were integral to the making of the work. Together, they meld text selected from Rankine’s eminent poetry with dance, music and physical imagery to create a surreal environment. They explore themselves, each other, and, according to the program notes, “the erasure and exposure that drive the historical murder and disturbance of black citizens.” “What Remains” confronts and disrupts preconceptions of personhood and prompts the reckoning of how viewers resist or abet distorted social dogmas.

Willis offered an inside perspective on the performance as both a collaborating artist embodying the themes of the work and a curator proliferating its message to the public in a recent article in “Performa.” She writes that “In making ‘What Remains,’ we are trying to imagine the state of being both living and already slated for death as a habitable place, a vast void or tundra where we use our voices and bodies to call ourselves into existence.” Willis’ choice to present the work at the MCA Warehouse on the outskirts of the city’s center instead of at its downtown museum stage is reflective of this, and incites comparisons between Chicago’s sprawling landscape and the expansive psychological space inhabited within the performance.

There are several opportunities to participate in dialogue and discourse about the themes explored in “What Remains.” On Tuesday, December 4, Rankine and Rawls talk with the audience about how the relevant issues are represented in the performance and shape black American life. The MCA’s senior curator Naomi Beckwith will facilitate a Q&A session with the artists directly after Friday’s performance. (Alyssa Motter)