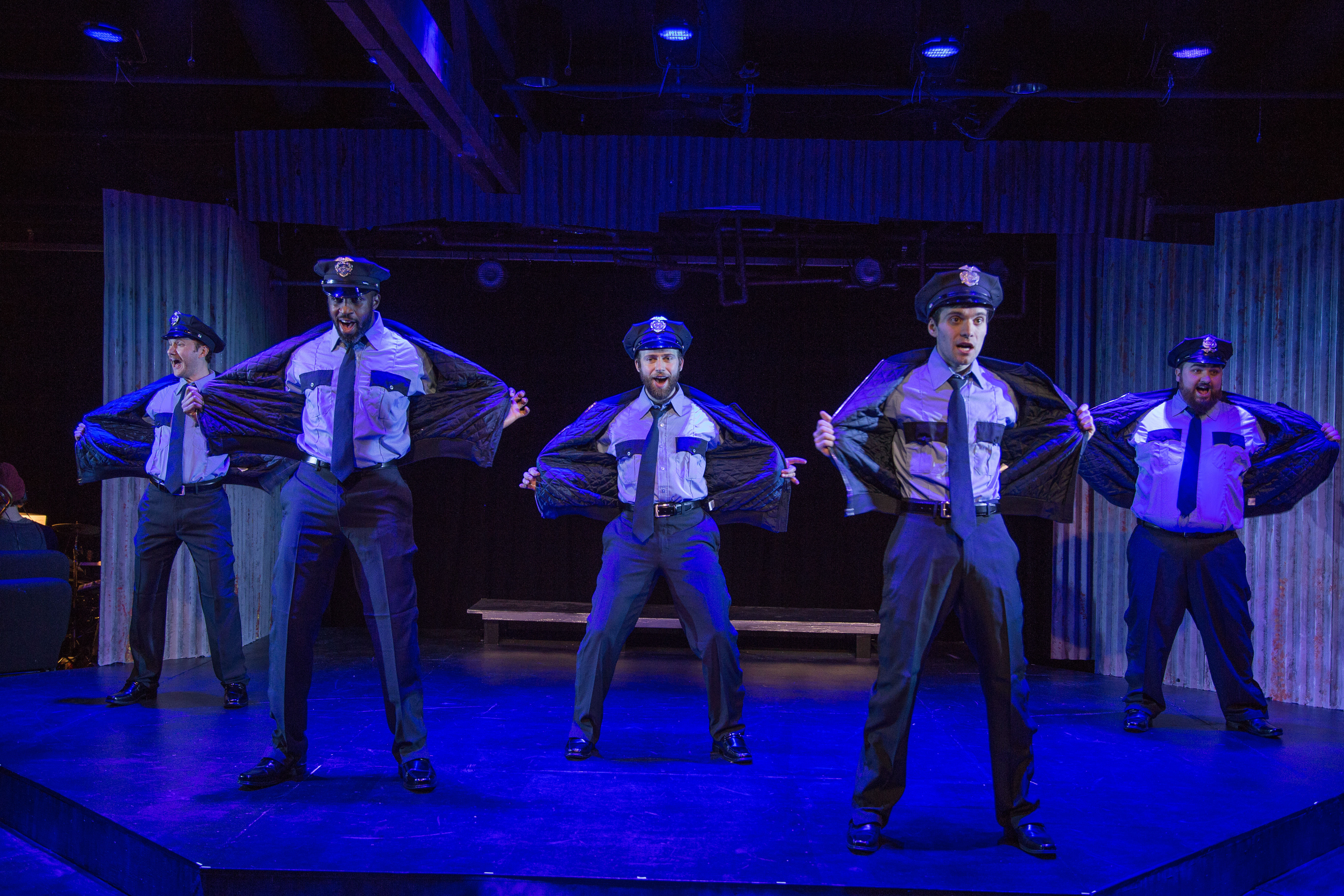 Director (and artistic director) Fred Anzevino has chosen to “christen” Theo Ubique’s new Evanston home with “The Full Monty,” Terrence McNally and David Yazbek’s 2000 musical about a group of unemployed steelworkers who resort to putting on a strip show to keep themselves afloat.

Unfortunately for Theo, their traditional “cabaret-style” take on musical theater does nothing to make up for a production that shows very little care to create any kind of cohesive theatergoing experience. Clunky scene transitions that bring the show’s pace down to a sluggish crawl, bizarre moments of actors miming props, and some fantastically confused blocking throughout the production start to compound the levels of unprofessionalism faster than that inevitable striptease finale.

It doesn’t help that the content of “The Full Monty” does not hold up in 2018. At all. You want fat jokes? You get over two-and-a-half hours of them. Gay panic jokes? Piles of them. Racial fetishism? The song “Big Black Man” is way ahead of you. Fans of the show might try and claim the show is about these men combatting their own toxic view of their masculinity, but any trace of that journey is barely evident in this production. It doesn’t help that Anzevino’s production is unable to find a consistent tone from scene-to-scene, leading to highly satirical moments like the “ode to suicide” song that is “Big-Ass Rock” floating dead in the water with nowhere to go.

All this is not to say that the ensemble here is not trying their darndest. Matt Frye is a charismatic lead as Jerry, with his second-act solo “Breeze Off the River” reaching especially emotional heights. Same goes for “You Walk With Me,” as gorgeous as any song you’ll find in Yazbek’s catalogue, sung beautifully by Joe Giovanetti in the musical highlight of the evening.

Theo Ubique has a lot going for it: they’ve got a fancy new Evanston establishment, providing musical theater in an intimate setting with food, drink and some of Chicago’s best musical theater performers. But what does that mean in the face of unprofessional, irrelevant musical theater? Maybe it’s no coincidence that the opening number of the show is titled “Scrap.” (Ben Kaye)