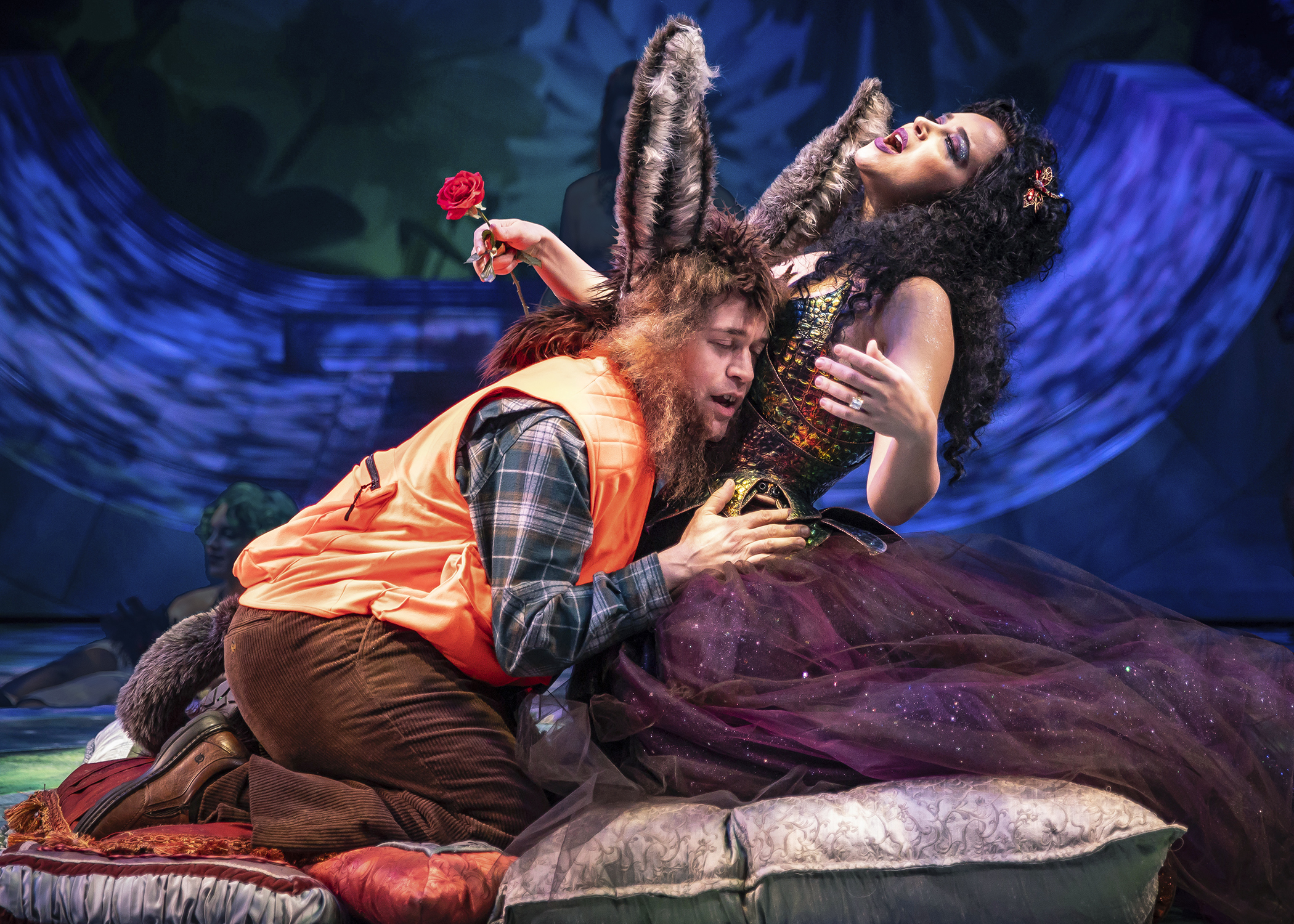 I have to be honest: Shakespeare never was and never has been my thing. I love a good kitchen-sink drama with a lot of rage and some high-stakes table flipping. Whenever I’m watching Shakespeare, I feel like I’m coming into it as many non-theater folks might: apprehensive but open.

Having said that, Chicago Shakespeare’s “A Midsummer Night’s Dream” was perfect for me.

I’ve seen shows here before. Time and time again, I’ve been swept away by the acting. This is one of Chicago Shakes’ renowned strengths: world-class Shakespearian actors. Which I appreciate because it means I will know what’s going on in the story without having to refer to my Shakespearian dictionary for every other word.

T.R. Knight knocked my socks off as Nick Bottom. Finessed with ego and awkwardness, Bottom is the star of his own show. I loved witnessing his sincerity and innocence play as both an actor and an ass. Alexandra Silber’s Hippolyta and Titania were fierce and compassionate. Edward O’Blenis was powerful Theseus and Oberon. As the couples, Melisa Soledad Pereyra, Tyrone Phillips, Eric Schabla and Cristina Panfilio brought drama and confusion to fisticuffs in a way I’d never seen before. The merry troupe of Joe Dempsey, Alec Silver, Sara Sevigny, Jonathan Butler-Duplessis and William Dick were hilarious. Even though their dialogue was heightened, I enjoyed and understood their performance of “Pyramus and Thisbe” tremendously.

The moments of magic and music, with original music by Keith Thomas and choreography by Joe Chvala, fell short. The musical numbers felt dissonant and random in both their energy and role in the arc of the show. They were missing the musical theater idea that characters are feeling so much that to sing and dance is their only option for expression. I got more of “a song would sound great here!” vibe rather than a sense of textual drive.

“A Midsummer Night’s Dream” was visually spectacular. Designs by Todd Rosenthal (scenic) and Fabio Toblini (costume) created stark worlds between the royalty, fairies and acting troupe. Each reveal was exciting and the architectural interplay among the pieces was gorgeous. (Kelsey McGrath)