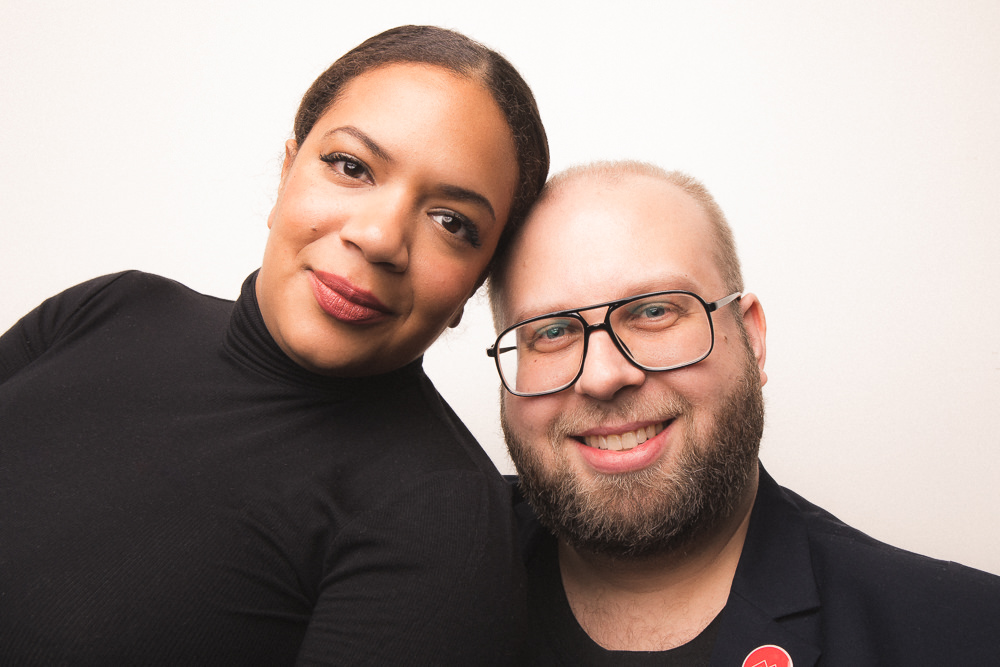 50
Sasha Smith and Thomas Dixon
Artistic Curators, The Boxcar at Steep Theatre
The Boxcar is proving to be the next hub for new work. Curators and Steep ensemble members Sasha Smith and Thomas Dixon are working their tails off to feature new talent from interdisciplinary perspectives. The Boxcar boasts “innovative and diverse forms of performance,” enriching and offering platforms to art and presentations that deepen thought and considerations within our community. Smith and Dixon honor Steep’s mission by featuring visual artists, new musicals, stand up and poetry. This winter, The Boxcar will feature workshops and play readings. The space’s programming is free, doesn’t require reservations and accepts open submissions via their website. 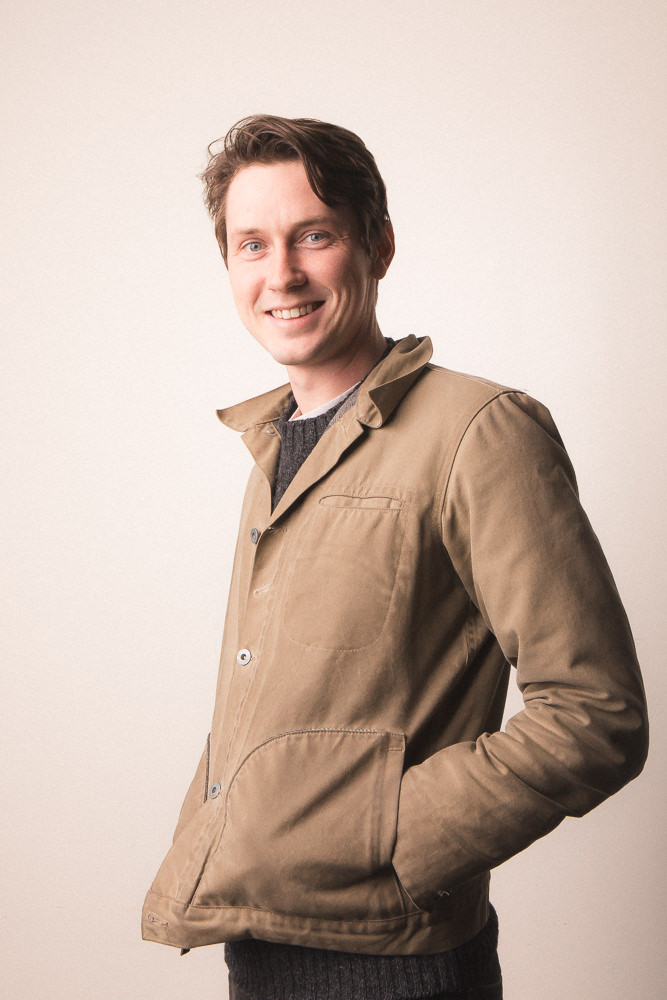 49
Sullivan Davis
Program Director, The Hideout
Among the many reasons to protest the proposed Lincoln Yards development project, one of the strongest is the negative impact it could have on The Hideout, one of Chicago’s most treasured bars and performance spaces. As program director, Sullivan “Sully” Davis has made the weekly lineup as eclectic and anarchic as Chicago itself. Wander in on any given night and you could find yourself at the mercy of performance artists like Sarah Squirm and Alex Grelle or witnessing the comedic minds of the staff of Clickhole at “Clickhole Live!” Or, if you show up on a Thursday night, you can hear the musical stylings of Hideout mainstay Devil in a Woodpile. Whatever your entertainment taste might be, chances are The Hideout is serving it. 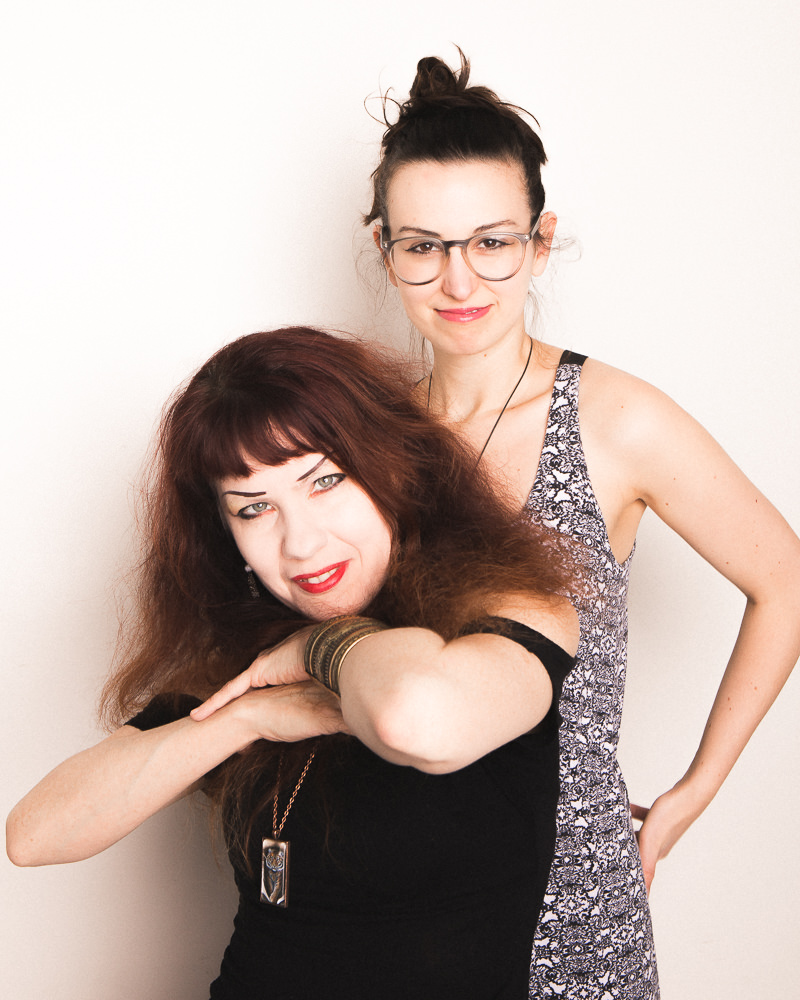 48
Olivia Lilley and Diane Hamm
Artistic Director and Managing Director, Prop Thtr
Young theater artists establishing companies has always been a part of the natural order in the Chicago theater community. What is less common is artistic leadership being handed to a person under the age of forty. And yet that is just what Prop Thtr did with Olivia Lilley, one of the city’s visionary young directors and a poster child for millennial ingenuity. Lilley, who was founding artistic director of The Runaways Lab Theatre as well as Pop Magic Productions, and who has has directed work in every corner of the city, frequently in unconventional spaces, does not lack leadership potential or creative energy. Joining established managing director Diane Hamm, Lilley’s first round as artistic director saw a full season of devised work, an oft-neglected format in Chicago’s more traditional kitchen-sink milieu. Prop Thtr also serves as a space for nurturing emerging talent. Lilley’s ascendance reflects a faith in the ongoing evolution of our theater community and of young theater practitioners to lead the way. 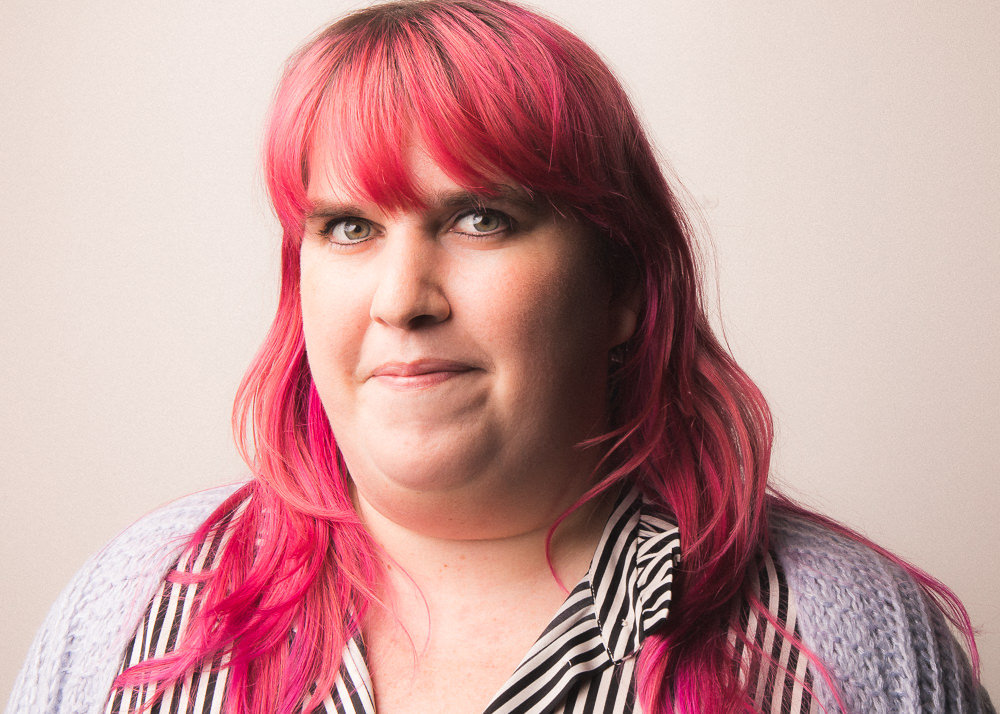 47
Catherine Miller
Casting Director, First Floor Theater
Many behind-the-scenes roles in theater go unrecognized and under-appreciated, from production managers to intimacy directors. But in the world of casting directors, Catherine Miller is working to shine a light on the intricacies of the world of casting. In addition to their work as casting director at First Floor Theater, Miller’s work has been seen at Jackalope Theatre, Red Tape Theatre and For Youth Inquiry (FYI). Each production cast under their direction presents a vision of what all of Chicago’s stages could, and should, look like: a celebration of all bodies and all identities, honoring the wealth and depth of stories being shared across our city. 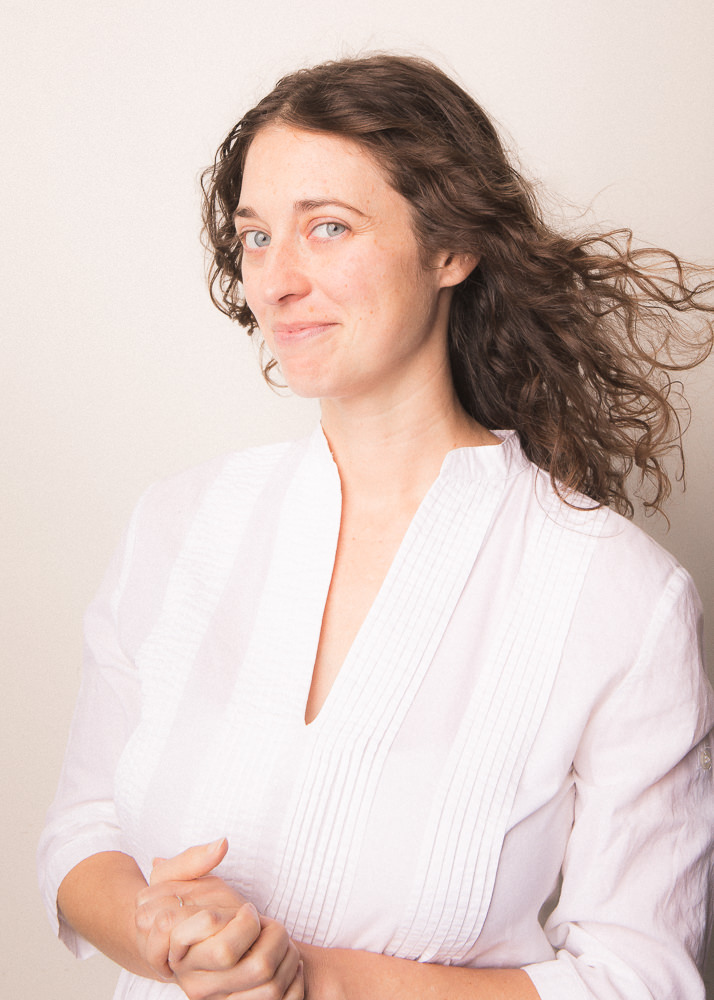 46
Jessie Marasa
Founder, The JIM & The Watering Can
Since she appeared on this list two years ago for her “Set Free” performance series and other collaborative work under her rubric of The Watering Can, Jessie Marasa, along with Chicago Moving Company, launched a new project at the Hamlin Fieldhouse: the JIM—an acronym for Joy In Movement—a dancers’ gym welcoming of all bodies and ability levels and dedicated to education, meditation, improvisation and civic engagement. The three-week program included classes by Marasa and her regular collaborators, along with visiting artists, including dancers Kristina Isabelle, Benjamin Law, Kristina Fluty, musicians Daniel Woods and Michael Zerang, and psychoanalyst Mary Dougherty; drop-in “Playlabs” with artists in multiple disciplines, song circles and informal Friday night showings by JIM faculty. It was a unique project focused on process, not product, and firmly grounded in play. Marasa and her creative partner Sara Zalek also took over management of OuterSpace Studios in Wicker Park, maintaining the studio as an affordable rental space for artists of all stripes. Marasa’s holistic approach to creative work makes her a quietly powerful force on and off the stage. 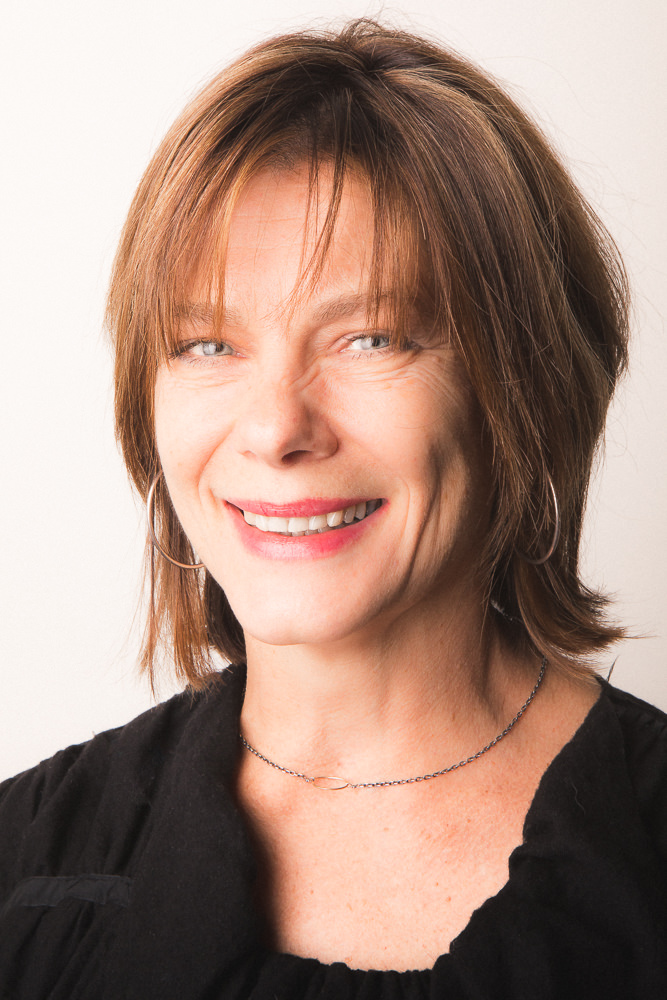 45
Michelle Kranicke
Founder and Artistic Director, SITE/less
When Michelle Kranicke, the founder and artistic director of Zephyr Dance, and her husband David Sundry acquired an odd, triangular-shaped industrial building on Augusta Boulevard wedged between the train tracks and the Kennedy, they had a unique vision for a unique location: an art space like none other in the city, one where genres of visual art and performance could co-exist and rub up against one another in an authentic and unassuming way. Kranicke’s dancemaking in recent years has veered further and further from the traditional proscenium stage, interested more in architectural elements and audience proximity than stagecraft or narrative arc. SITE/less, where architecture is of equal importance to the bodies performing, is the next logical step for her work and potentially for artists of similar interests. Most recently, SITE/less co-hosted the Video Corpo Dance on Film Festival with kindred spirits Defibrillator and Pivot Arts. 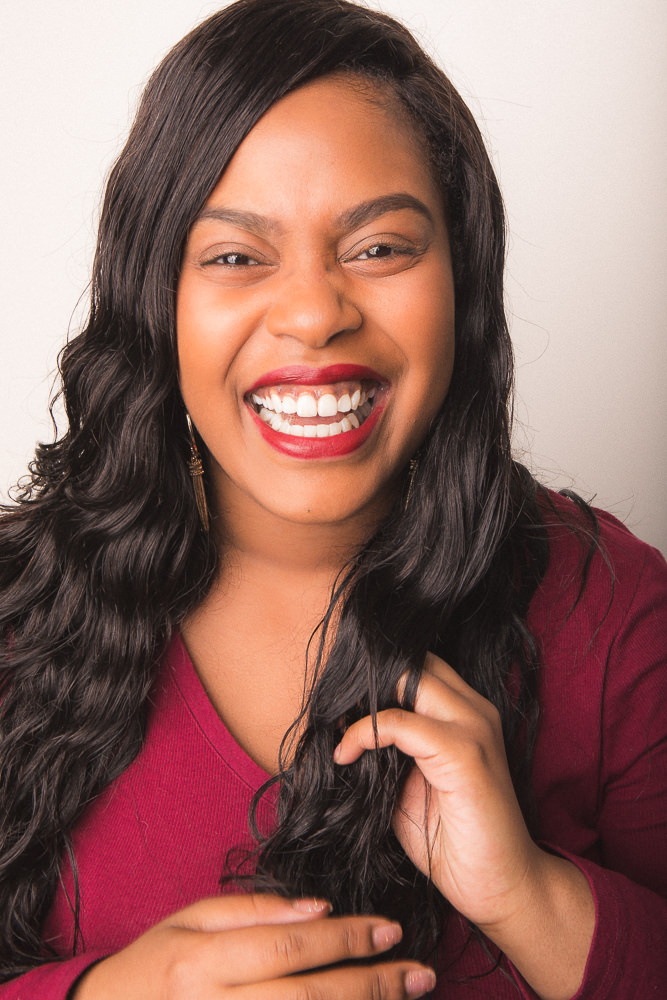 44
Regina Victor
Founder & Editor-in-Chief, Rescripted
Rescripted has helped change the way theater criticism functions in Chicago as well as alter notions around access to criticism, critical values, and the meaning we give to criticism in the theater community. Founder and editor-in-chief Regina Victor has spearheaded a multidimensional, artist-led platform, giving power to creators to determine what’s of value when considering a theatrical work. Victor, along with television and theater critic Oliver Sava, also leads The Key: Young Critics Mentorship Program, which offers young writers the opportunity to see local productions and work with guest speakers and professionals around critical engagement and craft. The initiative, now in its second year, is produced in partnership with the Chicago Inclusion Project. Rescripted is focused on transparency of perspectives and biases as well as an openness in the consumption of criticism. Victor has proven themself instrumental in shifting the paradigm. 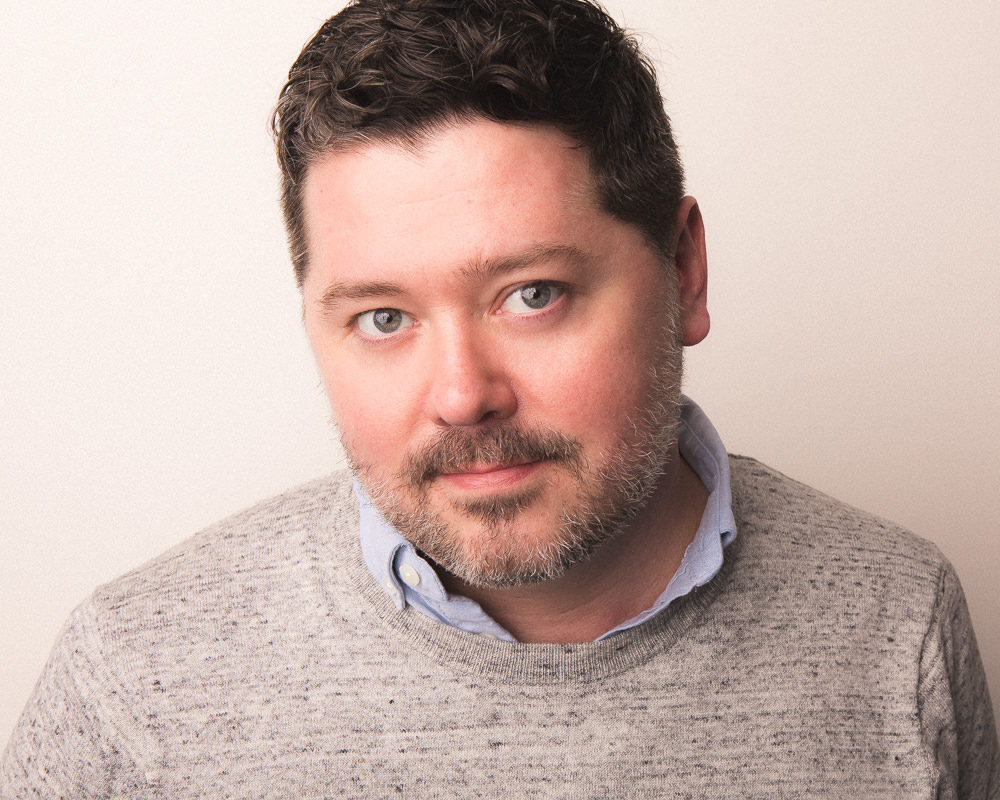 43
Kris Vire
In a world where full-time arts critics and journalists are losing jobs (and respect) left and right, one of the strongest advocates for the field and for Chicago is Kris Vire. After more than ten years working as Time Out Chicago’s full-time theater critic, Vire was laid off, further cementing a less-than optimistic future for arts journalism. But Kris’ critical output has only increased since then, with his arts coverage appearing in the Chicago Sun-Times, Chicago magazine and the Chicago Reader. Most exciting of all, he has recently launched Storefront Rebellion, a biweekly newsletter providing paid and unpaid subscribers with reviews, news, and Kris’ always-insightful thoughts and feelings on the world of Chicago theater. The future of artistic journalism is starting to look a little brighter and a bit more hopeful. Kris Vire is that hope personified. 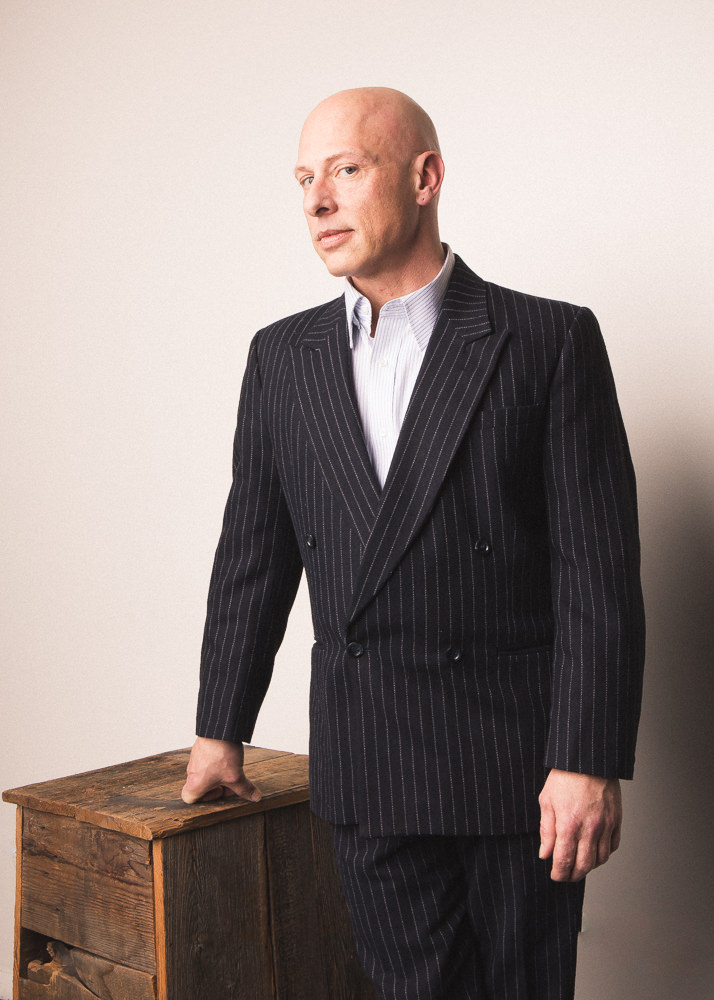 42
Joseph Ravens
Founder and Director, Defibrillator
Ravens has appeared in these pages as part of an entirely different list: as a breakout artist and one of Chicago’s next image-makers back in 2012. Such is the nature of performance art, which seldom fits tidily into a single disciplinary category and often straddles three or four. Truly, it’s best to let categories go entirely when you attend an event at Defibrillator (better known as DFBRL8R). DFBRL8R has been a safe haven for years for emerging, visiting and under-the-radar performance artists, as well as musicians, actors and dancers looking to create work outside a proscenium-stage setting. Anyone who’s set foot in DFBRL8R can attest to the nurturing, welcoming environment Ravens creates within four white walls, the necessary ingredient for cooking up risky performances that defy expectations. 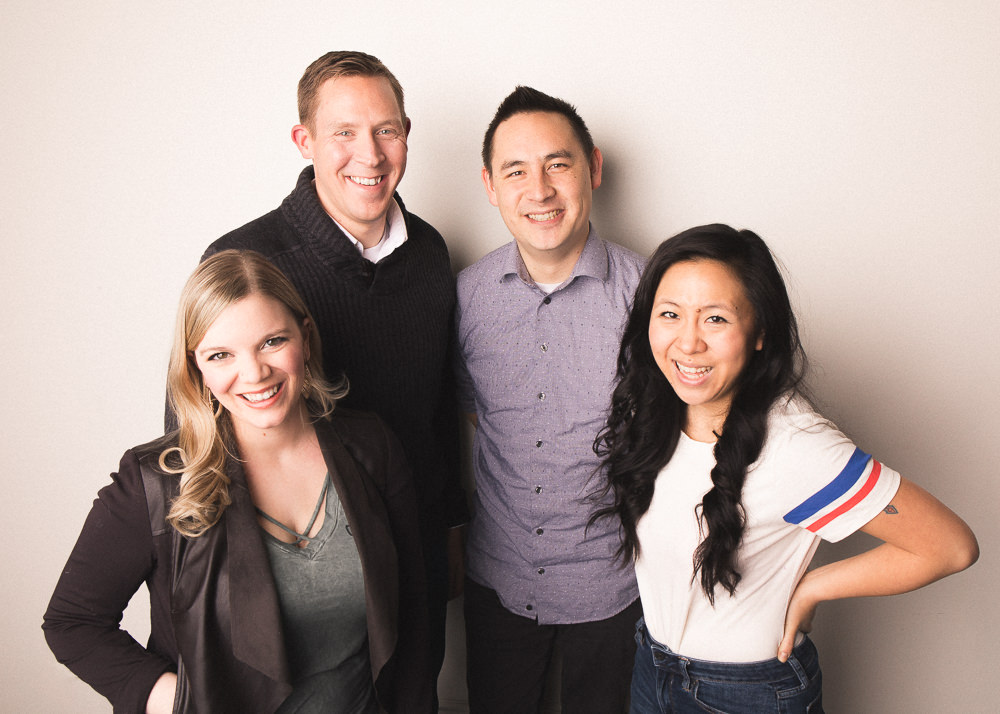 41
Fin Coe and Stephanie Shum, Laura Stephenson and Michael Peters
Co-Artistic Directors and Managing Director and Associate Artistic Director, The New Colony
Bursting into 2018 with the world premiere of Loy Webb’s searing drama “The Light,” The New Colony entered its tenth season with an even bolder change: new artistic leadership for the first time since its founding. Alongside the company’s first Uncharted Festival next summer, showcasing new plays in development, the first season with co-artistic directors Fin Coe and Stephanie Shum at the helm brings two world premieres showcasing the company’s long-exalted history of tonally dissonant new plays: Fin Coe’s “Fun Harmless Warmachine,” the all-too-relevant examination of toxic masculinity, and an anarchic look at the Disney theme park experience in Jillian Leff and Joe Lino’s “Small World,” premiering in the spring.