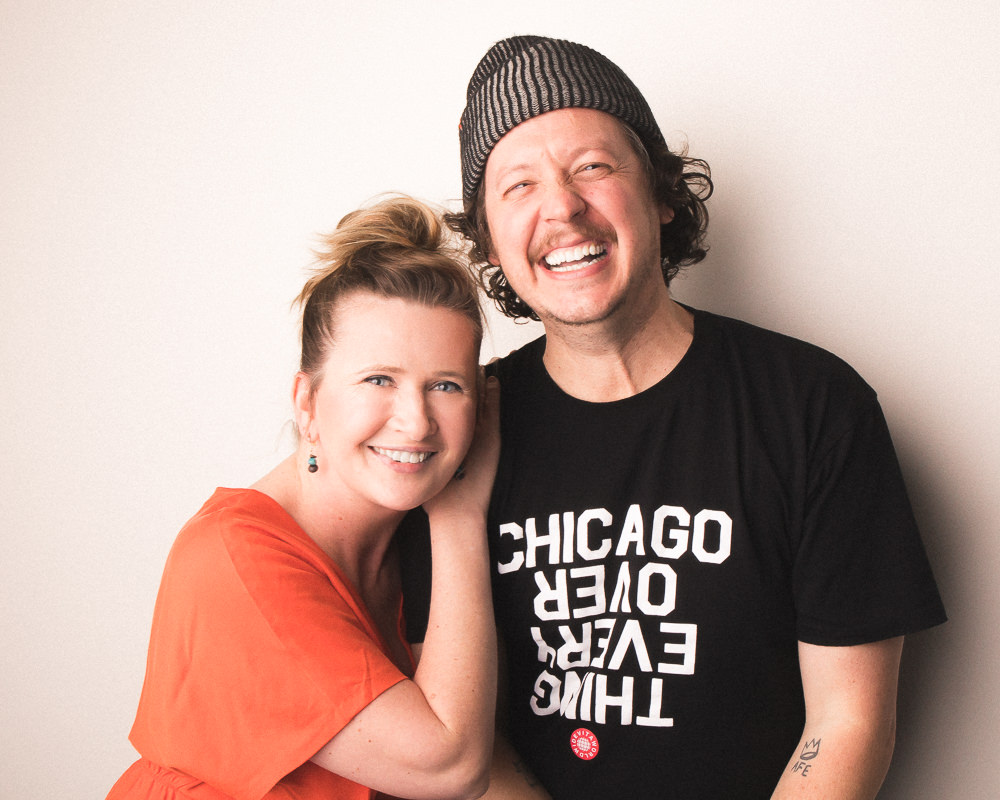 30
Joel Ewing and Mechelle Moe
Co-Founders-Co-Artistic Directors, The Yard
Imagine you run a theater company composed of talented, hard-working actors who are hungry to do work that reflects their complex inner lives. Now imagine that every four years or so that same group of actors leave the company and have to be replaced with a fresh crew. Oh, and you’re an itinerant storefront without a home performance space. And all that talent? They can’t even legally go out for a drink after rehearsal. With more hoops to jump through than “American Ninja Warrior,” The Yard co-founders and co-artistic directors Joel Ewing and Mechelle Moe could hardly have devised a more complicated reality for producing theater. But as anyone who has caught a production from The Yard since their 2015 founding can attest, all that scrapping pays generous dividends. The company staged Stephen Karam and the late PJ Paparelli’s docudrama “columbinus” at Steppenwolf’s 1700 Theater and took their production of Dominique Morisseau’s “Blood at the Root” to Theater on the Lake, then back to Jackalope Theatre, upgrading from The Frontier to The Armory. Advancing conversations about what constitutes youth work, Ewing and Moe are part of a dedicated cohort of educators in Chicago nurturing the next generation while empowering young people to seize control of their destinies through making art. 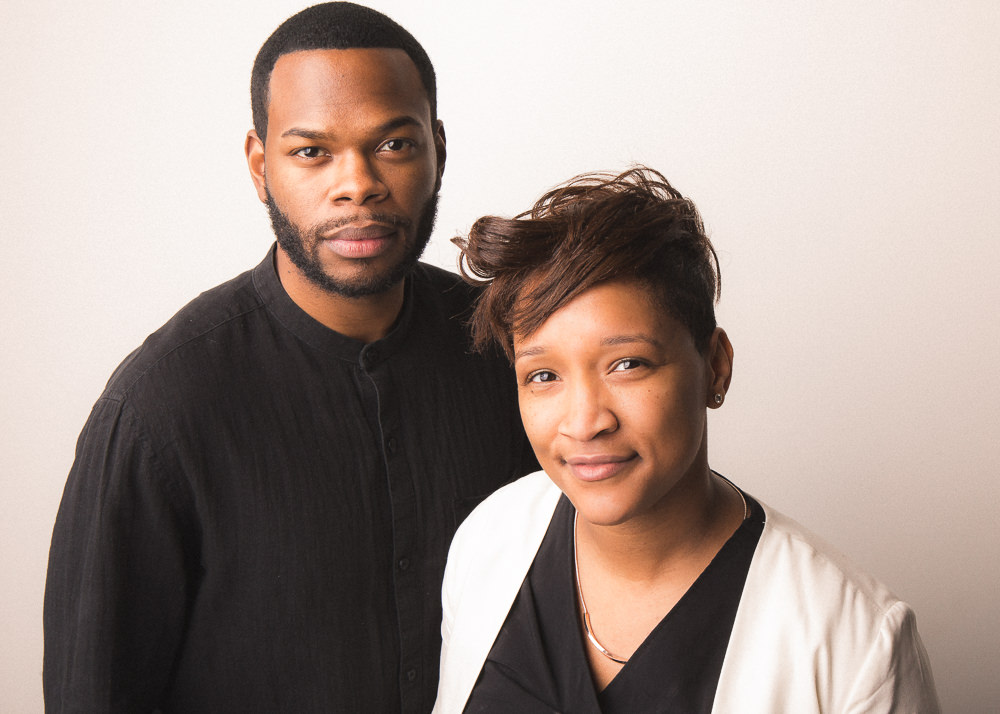 29
Tyrone Phillips and Neel McNeill
Artistic Director and Managing Director, Definition Theatre Company
Definition Theatre Company is taking Chicago by storm. Artistic director Tyrone Phillips is everywhere and managing director Neel McNeill can be found shaking things up at Steppenwolf. This past year has been one of tremendous growth. With “No Child…” and “Moon Man Walk,” the company set the bar for producing socially conscious theater in the city. They also feature acclaimed faces and names that link to their work. Who could blame new advisory board member Chuck Smith for wanting in with leaders like Phillips and McNeil at the helm? Definition means business and is here to stay. 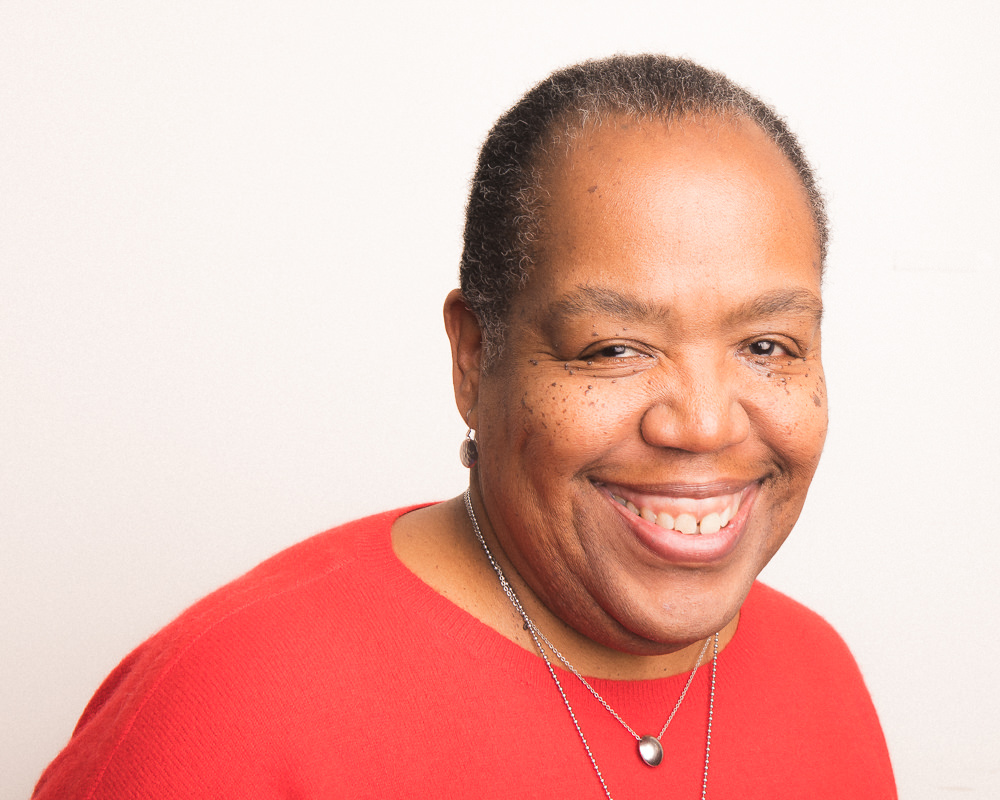 28
Willa Taylor
Walter Director of Education and Engagement, Goodman Theatre
At every artistic organization there are hardworking and incredibly busy people whose names rarely, if ever, get mentioned. More than ten years into her role at Goodman, Willa Taylor embodies the concept of arts as education. When asked for a select overview of her work, Taylor, a culinary school graduate, offers an educational cornucopia: Nourish mentors and community activists who identify arts-based solutions to community-identified problems; the Disney Musical in Schools program develops sustainable musical theater programs in under-resourced (Taylor prefers the term “resilient”) local elementary schools; a new workforce development program in production and technical theater aims at returning citizens, refugees, veterans and other populations “traditionally underrepresented in back-of-house jobs.” Taylor is also making her contribution to the evolution of arts criticism with the Emerging Theater Critics Program (in which several Newcity Stage contributors participated), where she works alongside Director of New Play Development Tanya Palmer, and the Cindy Bandle Young Critics program (with teaching artist Deb R. Lewis and journalist mentor Susy Schultz), which is open to young women (grades ten through twelve) interested in theater criticism and the world of professional writing. As with so many artists on this list, Taylor does more than we can possibly print but her impact and influence is felt around the city and beyond.

27
Emjoy Gavino, Elana Elyce, Stephanie Diaz, Jeff Trainor, Charlie Hano, Abhi Shrestha
Chicago Inclusion Project
The Chicago Inclusion Project has grown to become the city’s premiere organization to challenge preconceptions of the theatrical casting process. Alongside collaborations with theater companies on casting productions, additional programming efforts include The Key: Young Critics Mentorship Program, partnering with Rescripted to mentor the next generation of theater critics, and the Circle Up! reading series, readings for new diverse stories in conjunction with Jackalope Theatre Company. The Project also posts a listing of shows playing on Chicago’s stages that illustrates what inclusive casting can look like in Chicago. 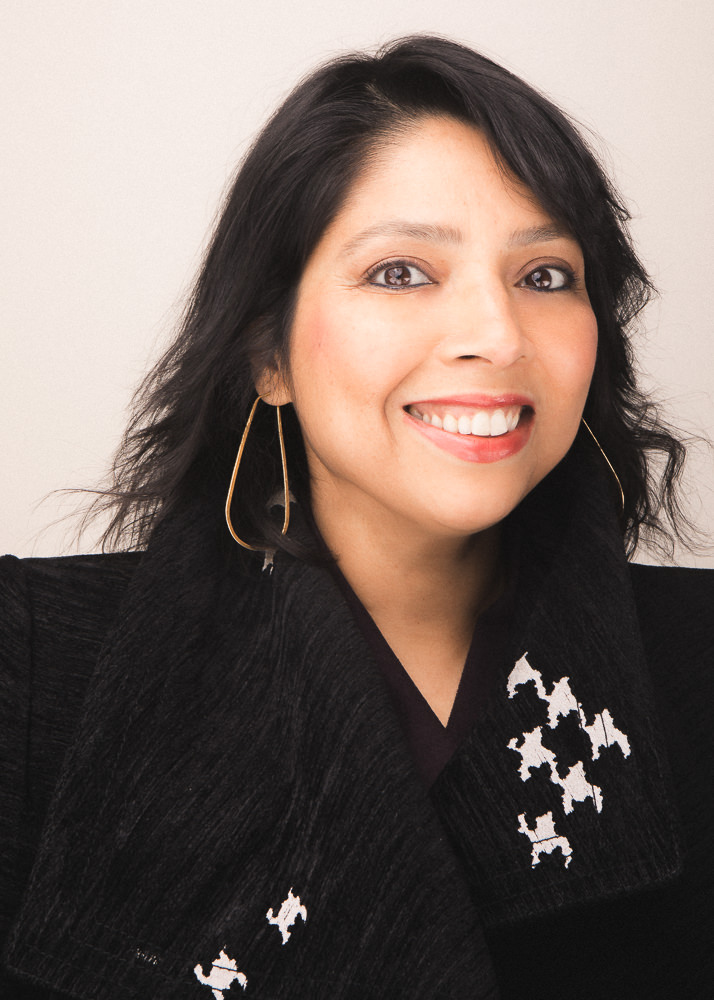 26
Patricia Barretto
President and Chief Executive Officer, Harris Theater
When Patricia Barretto took the helm of the Harris Theater in 2018, it marked what may be the end of a period of leadership turnover at one of the city’s biggest presenters of music and dance. Michael Tiknis stepped down after twelve years in the post in February of 2017, followed by a seven-month term by Paul Organisak. Barretto, at the time head of marketing and development (and bringing in record fundraising numbers), was promoted to the post when Organisak announced his departure, and the organization has thrived in her short tenure. Barretto’s experience as executive director of Toronto’s Opera Atelier also translates nicely to her new post. 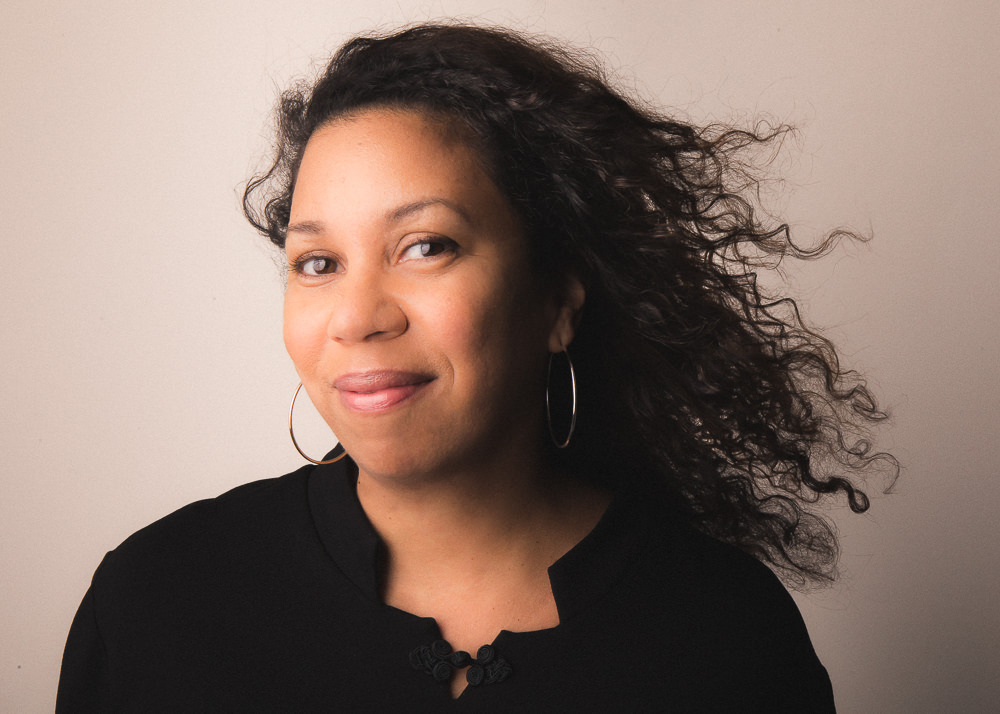 25
Angelique Power
President, The Field Foundation of Illinois
“We’re small but mighty,” says Field Foundation president Angelique Power. The foundation, which is an independent entity, not a family foundation, was started in 1940 by Marshall Field III, a New Deal liberal who underwrote community organizer Saul Alinsky and was an early backer of Martin Luther King, Jr. Field saw his namesake foundation not as a traditional charity but as a social and cultural game-changer. The tradition continues. Of the million dollars that the foundation gives to the arts each year, much goes to non-traditional groups and individuals who advance the cause of racial equity in an unequal city. “So much of the arts today doesn’t organize itself as a 501(3)(c) nonprofit,” says Power, who has been at The Field Foundation for seven years and in her role as president for the last two years, following stints at the Joyce Foundation and the MCA. “At Field, we’re challenging ourselves to fund differently, see art and creative enterprise as it is, and benefit the entire arts ecosystem.” There’s no shortage of benefactors for the city’s Goodmans and Steppenwolfs. While the foundation doesn’t ignore the mainstream players, it prides itself on supporting less conspicuous but equally worthy recipients who tell vital stories we wouldn’t otherwise hear. “We look for artists who are off the radar screen,” says Power. “For many, it’s the first grant they’ve ever gotten.” 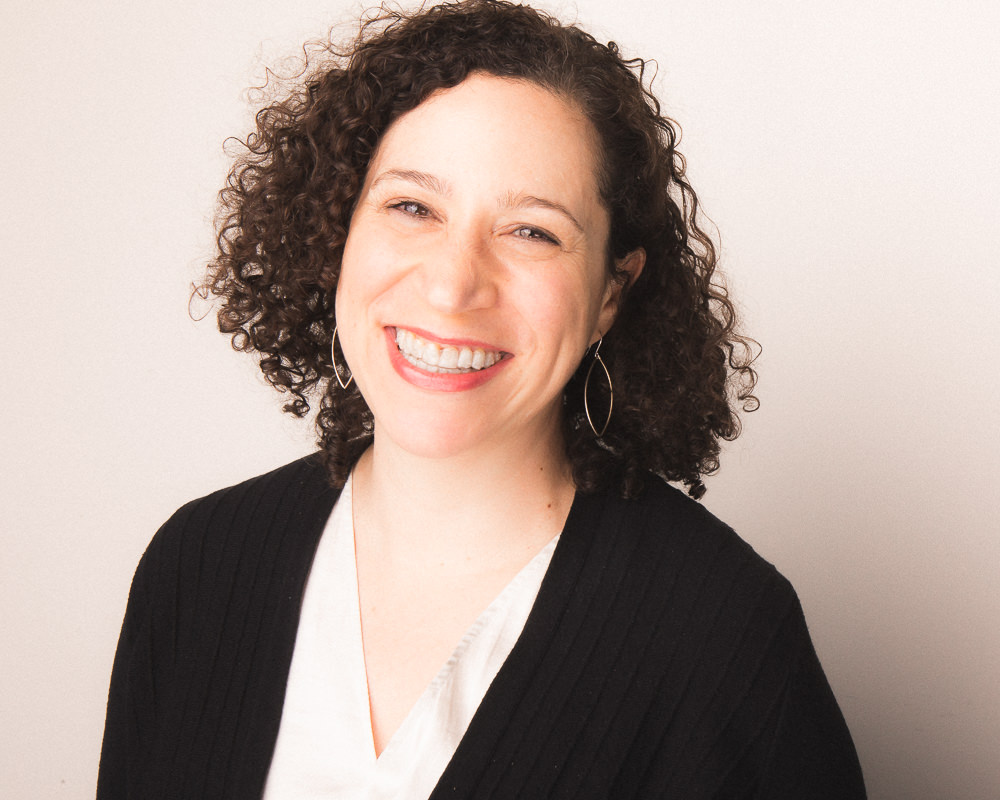 24
Cayenne Harris
Vice President, Lyric Unlimited
Lyric Unlimited, a division of Lyric Opera of Chicago, is working to make this historic art form more accessible to those who might not otherwise step foot in the Civic Opera Building on Wacker Drive. Their programs, headed by vice president Cayenne Harris, include Elementary and High School Residencies and the Chicago Voices program, which collaborates with neighborhood arts organizations. There are also operas written for younger audiences, commissions and presentations of intimate operatic pieces like “Fellow Travelers” and this year’s production of “An American Dream,” which are contemporary works that tackle themes of race and sexuality rarely explored in this medium. 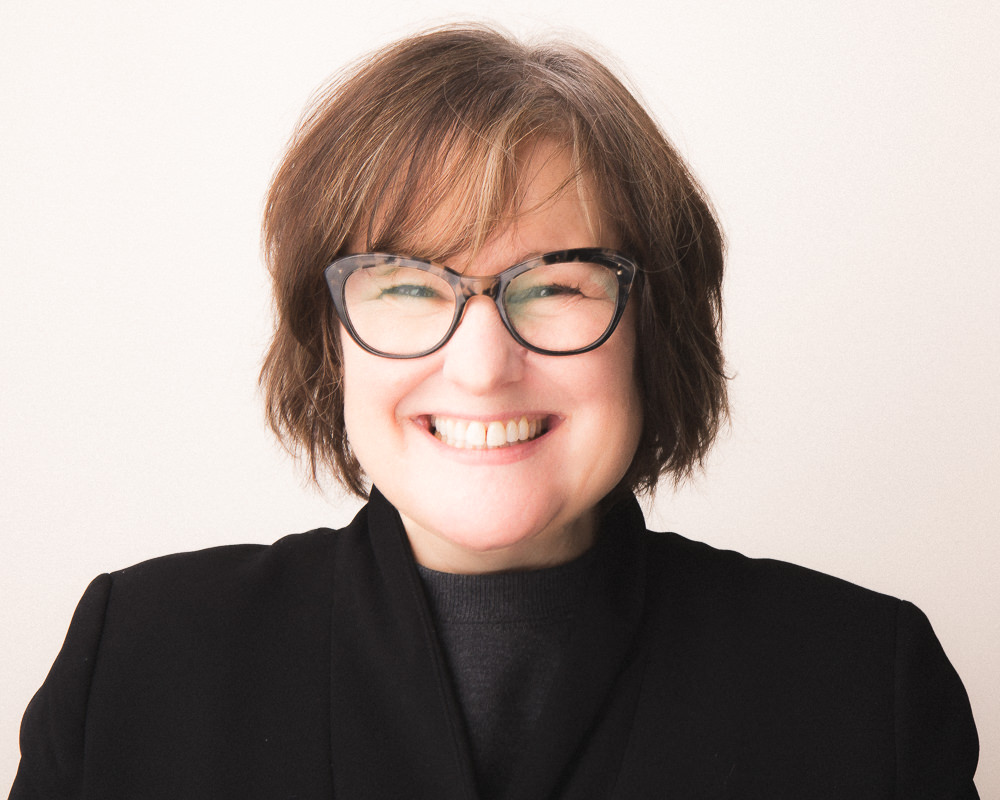 23
Hallie Gordon
Artistic Director, Steppenwolf for Young Adults
In giving a voice to younger generations, both of audiences and of theater-makers, Hallie Gordon is a champion. As the artistic director of Steppenwolf for Young Adults (SYA), Gordon curates a season that engages young audiences with stories relevant to them, bringing work to the stage that is unexpected, and at times, controversial. Under Gordon’s leadership, SYA raises the standard for theater aimed at youth, challenging audiences to participate in the conversation through educational programs, created and facilitated by Gordon, such as the Young Adult Council, which gives high-school students the ability to see, discuss and engage in high-quality professional theater. Most recently with SYA, Gordon produced the acclaimed “The Curious Incident of the Dog in the Night-Time,” directed by Jonathan Berry, and directed “Monster” by Walter Dean Myers, which toured to juvenile justice facilities through a collaboration with Storycatchers Theatre. Gordon is also a freelance director and an ensemble member at Rivendell Theatre Ensemble. She has also produced and directed productions for Steppenwolf’s mainstage. 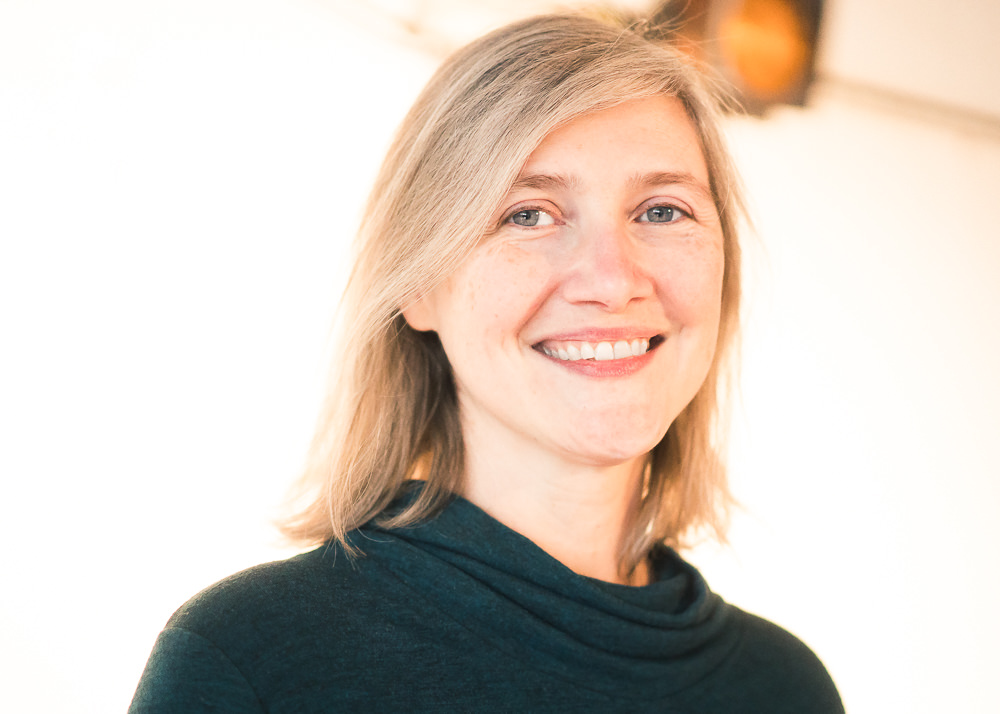 22
Roell Schmidt
Director, Links Hall
The incubator of cutting-edge dance and performance art celebrates its fortieth anniversary this year by “paying the 40th forward” to the artists who have made daring performances for open-minded audiences. The generous vision is the brainchild of Schmidt and the Links’ staff, who keep the spirit of the organization vibrant by funneling all resources, all energy, all attention, always to the art. 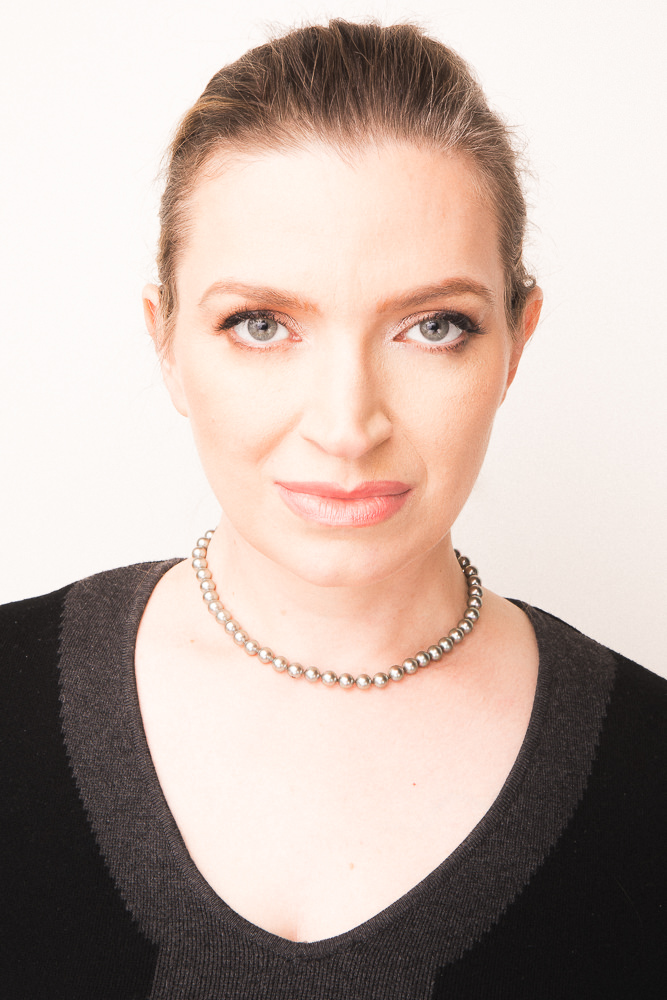 21
Harmony France
Artistic Director, Firebrand Theatre
Firebrand Theatre, the world’s first Equity feminist musical theater company, is just over a year old. But from last winter’s inaugural “Lizzie,” to their acclaimed production of “Caroline, or Change,” Firebrand has made Chicago home to feminist innovation. Artistic director Harmony France bridges the gap between the world that we live in and the world that we would like to live in, upholding her commitment to employing and empowering women by expanding opportunities on and offstage. (Firebrand’s third season will feature only womxn onstage.) France’s leadership and commitment shows promise in both filling and bringing greater awareness to a void in our industry.