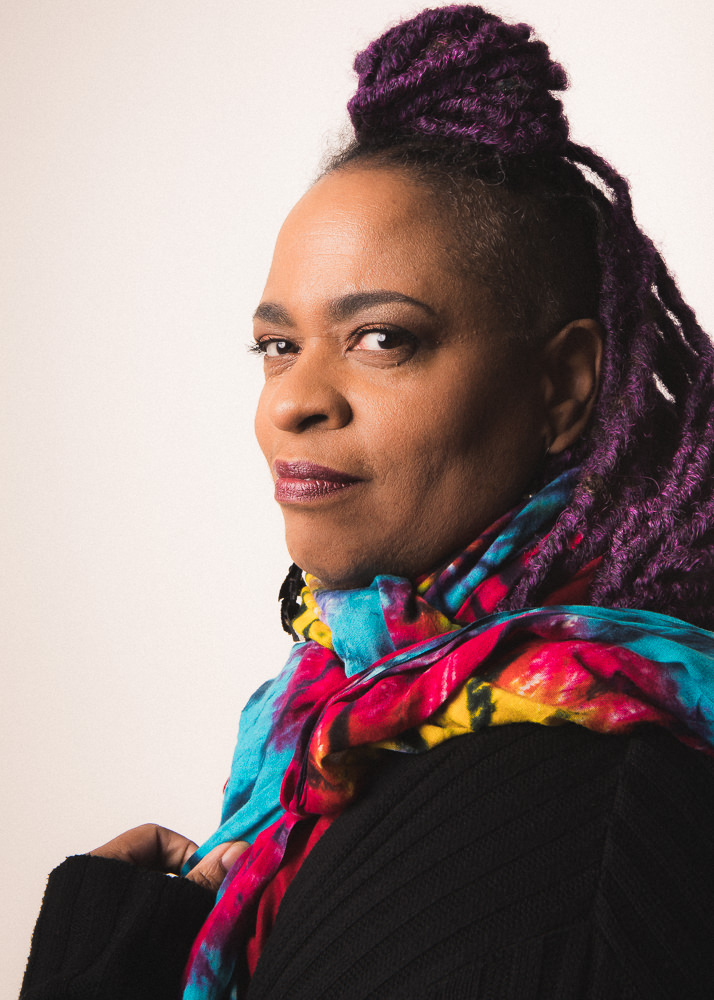 20
Ilesa Duncan
Artistic Director, Lifeline Theatre and Executive & Producing Director, Pegasus Theatre
Ilesa Duncan has held down the fort at Pegasus Theatre as the company’s executive artistic director since 2012. This year she updated her resume with a new position and a new company: artistic director of Lifeline Theatre, taking over for Dorothy Milne, who has held the position for nineteen years. This past summer at Lifeline she successfully revived Robert Kauzlaric’s adaptation of Neil Gaiman’s novel “Neverwhere,” which played at Lifeline in 2010, and was welcomed back enthusiastically by audiences. At Pegasus, Duncan has kept a busy schedule of directing (“The Green Book,” “Shakin’ the Mess Outta Misery” and many more), as well as co-adapting (along with David Barr III) and directing “Rutherford’s Travels,” a world premiere based on Charles Johnson’s novel “Middle Passage,” and helming the company’s Young Playwrights Festival, which celebrates its thirty-second anniversary this year. More work doesn’t mean more time, though Duncan will stay on at Pegasus while the company continues developing young theater makers. And Lifeline’s robustly creative MainStage and KidSeries performances are ideal outlets for her strengths as an artist and educator. 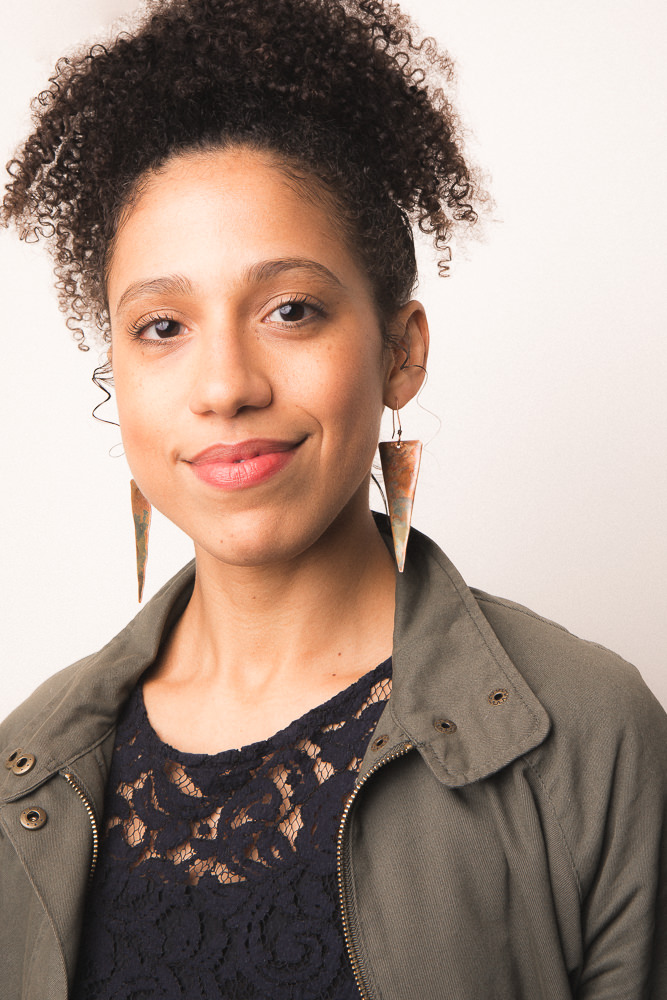 19
Tara Aisha Willis
Associate Curator of Performance, Museum of Contemporary Art Chicago
Tara Aisha Willis had massive shoes to fill when she moved back to Chicago from New York to take over curation of the MCA Stage. Peter Taub, in his two-decade term as director of performance programs, established the 300-seat theater in the basement of the museum as a home to cutting-edge shows that defied boundaries and genres, from butoh performances by the legendary team of Eiko & Koma to the seven-hour live reading/staging of “The Great Gatsby” by New York theater troupe Elevator Repair Service. So what’s a young performance artist taking the reins of an established institution for experimentation to do? Judging from this season: honor the past while cultivating new work. Willis brought together on stage for the first time three dance legends—Ralph Lemon, Bebe Miller and Ishmael Houston-Jones—and curated a new collaboration between poet Claudia Rankine and choreographer Will Rawls, a show she helped develop as one of the performers. With Willis at the helm, the MCA will continue to be at the forefront of performances without precedent. 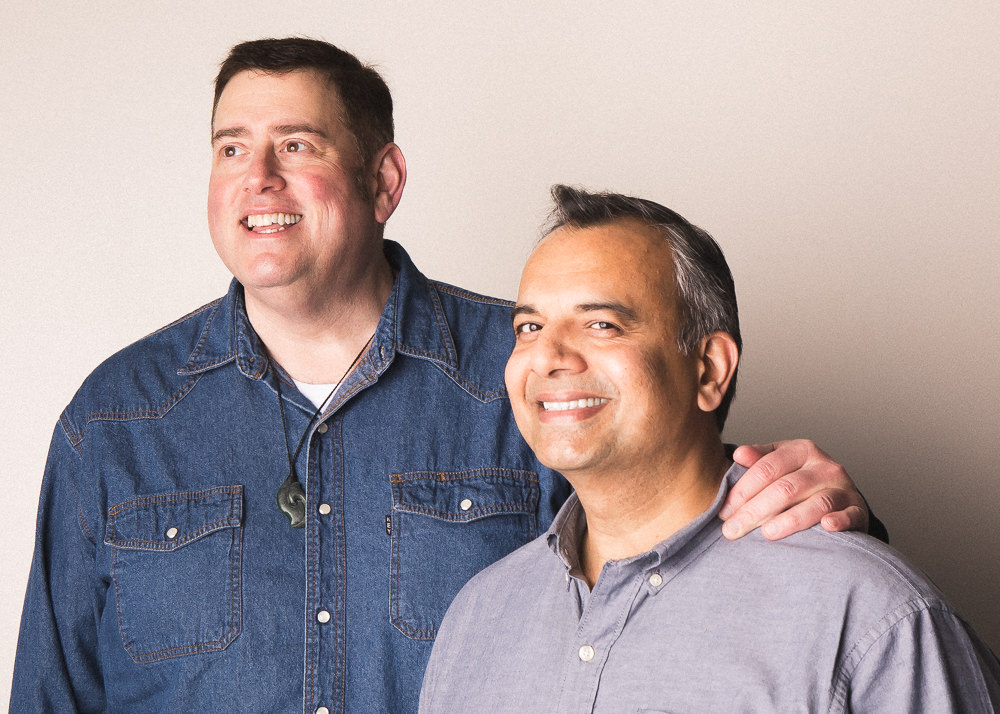 18
Jamil Khoury and Malik Gillani
Founding Artistic Director and Founding Executive Director, Silk Road Rising
Our 2017 Players of the Moment, Jamil Khoury and Malik Gillani have not rested on their laurels in the last two years. Among their accomplishments, the Silk Road Rising leaders are adept at selecting works that import Asian and Middle Eastern perspectives into popular Western stories. “Through The Elevated Line” by Novid Parsi, which had its world premiere with the company, echoes the romantic and familial tensions of “A Streetcar Named Desire,” transporting Tennessee Williams’ tale to Uptown in the summer of 2016 leading up to the Cubs’ historic World Series victory. The company collaborated with Remy Bumppo on an adaptation of “Great Expectations” set in nineteenth-century Calcutta during the British Raj. “Christmas Mubarak” related the story of Mary and Jesus as told in the Quran. Elsewhere, the company bypasses a historical/literary focus to present stories that sear with urgency: Anu Bhatt’s “Hollow/Wave” was a deeply personal excavation of her experiences with sexual abuse. The New China Festival featured playwrights from the Chinese-speaking world that provided humanistic insight. When they aren’t producing, Silk Road is delivering EPIC (Empathic Playwriting Intensive Course), a twenty-session program, to 600 CPS students. The company partnered with the Consortium of Asian American Theaters & Artists to present their national conference in Chicago, which brought 200 Asian American artists together for professional workshops and national network building. With grants from the American Theatre Wing and the Doris Duke Charitable Foundation for Islamic Art under their belts, we have every reason to believe that it will be another busy couple of years for this dynamic duo and their essential company. 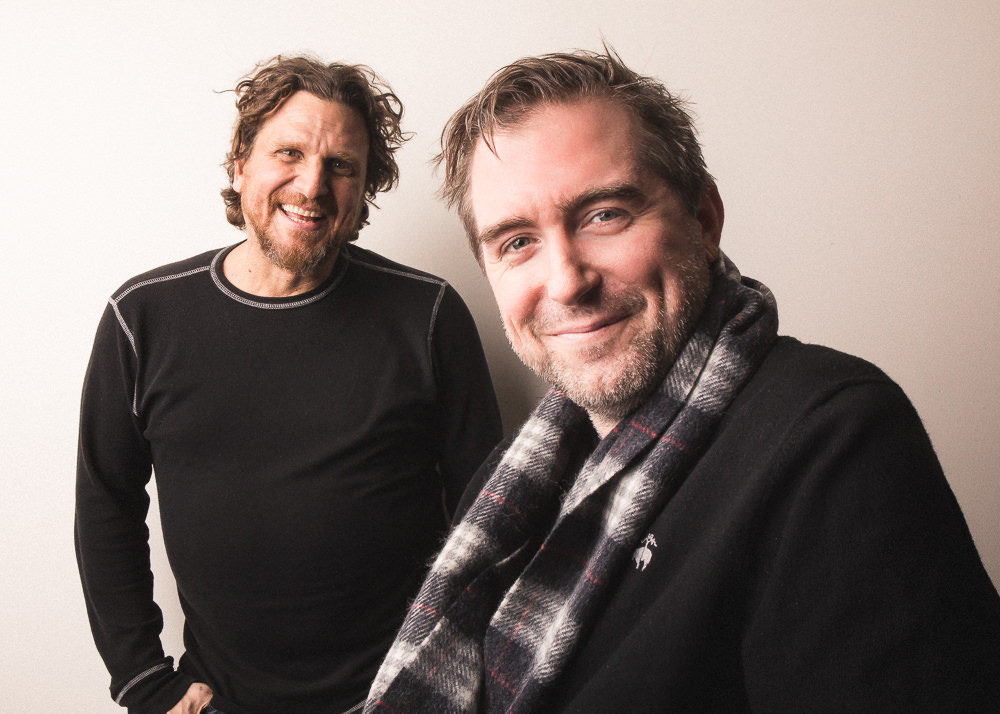 17
Michael Patrick Thornton, Emjoy Gavino, John Gawlik and Paul D’Addario
Artistic Director, Associate Artistic Director, Managing Director and Associate Artistic Director, The Gift Theatre
Even within our progressive theater community, opting to prioritize underserved communities can be a pathway to being underrepresented in arts coverage and under-attended by those who prefer the hubs of downtown and downtown-adjacent institutions. The Gift has a knack for turning what might appear to be limitations into virtues. Now in their eighteenth season, and with an established ensemble of some of the best actors in town as well as a high-profile playwright in David Rabe, the company keeps their doors and hearts open to new talent, promoting casting director Emjoy Gavino to associate artistic director, welcoming Jennifer Glasse into the ensemble and promoting ensemble member Chika Ike to director of 4802, the company’s new-play initiative. With the success of “A Swell in the Ground,” “Hang Man” and “Hamlet,” works that were written, directed and adapted by artists of color, The Gift proves that they are on the frontier of the city, not just geographically, but artistically and socially as well. 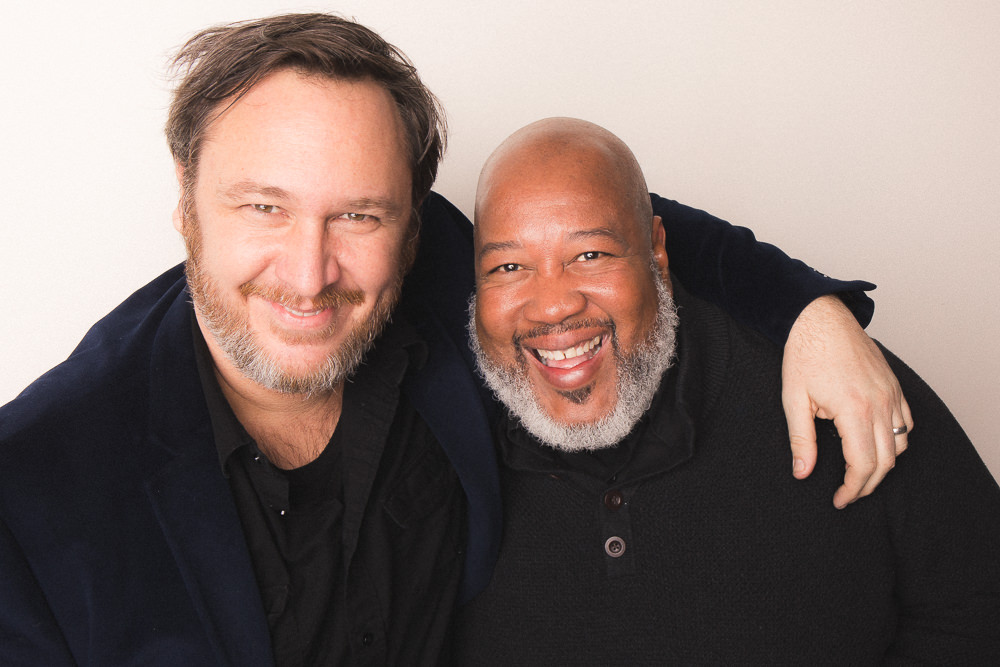 16
Anthony Moseley and Dr. Marcus Robinson
Artistic Director and Managing Director, Collaboraction
When writing about Collaboraction it’s better to look forward rather than back. It’s only a slightly more manageable task for the writer: the company produces such a wide and constant proliferation of events and performances that push conventional ideas of where art stops and social justice begins that to list everything they’ve done in the last few years would require more space than we have. The company is constantly on the move, often literally. The annual Peacebook festival has toured the city for three consecutive summers and shows little sign of fatigue, physical, creative or otherwise. Ditto for the company’s artistic director Anthony Moseley and managing director Dr. Marcus Robinson, the latter a “transformational leader of non-profit management, talent development, corporate culture and diversity with inclusion,” hired in the fall of 2017. In the interim, Collaboraction has been the recipient of the twentieth-anniversary Otto Award, recognizing “the achievement of individuals and theater companies who conceive, produce and foster the development of innovative and socially challenging theater.” And if you thought that might be a cue for the company to take a much-deserved rest, you’d be mistaken: in January the company continues its “Encounter” series and in the spring they will co-produce the remount of Sandra Delgado’s mega-hit “La Havana Madrid” with Teatro Vista. 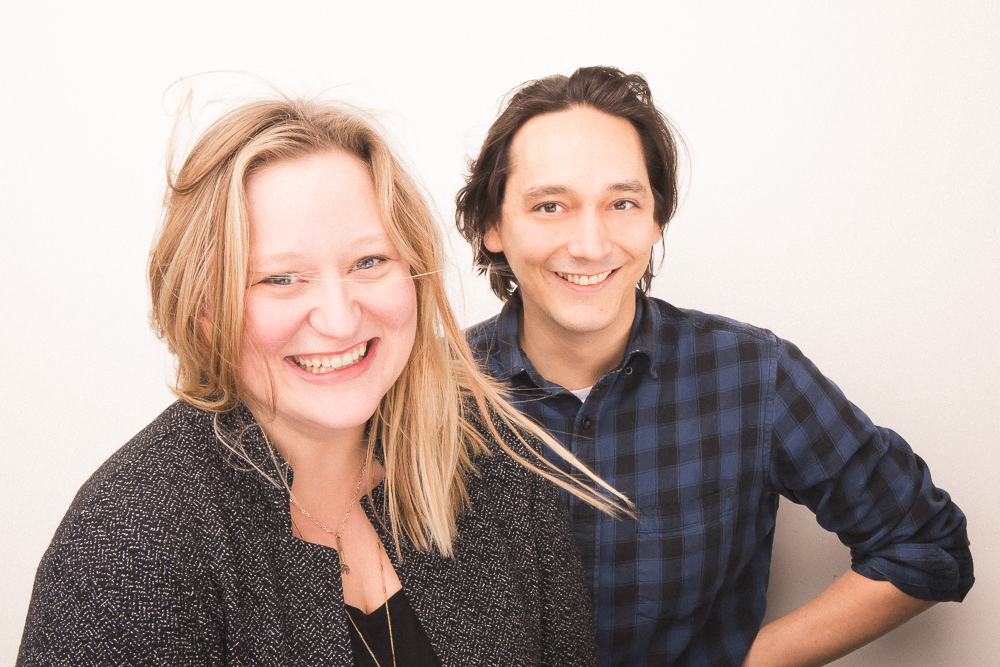 15
Kurt Chiang and Kendall Karg
Artistic Director and Managing Director, The Neo-Futurists
The Neo-Futurists first performed the show that would become their inimitable flagship just over thirty years ago. That legacy was challenged in the twilight of 2016 in a well-documented intercompany dispute. The show emerged, scathed and stronger for it, as “The Infinite Wrench.” If the last two years of American history have imparted one thing to us collectively, it’s that the strength of any institution cannot be confirmed until tested. And The Neos have proved resilient. Ten-thousand-plus world premieres later, there may be no better place in Chicago to find the huddled masses yearning to feel seen. 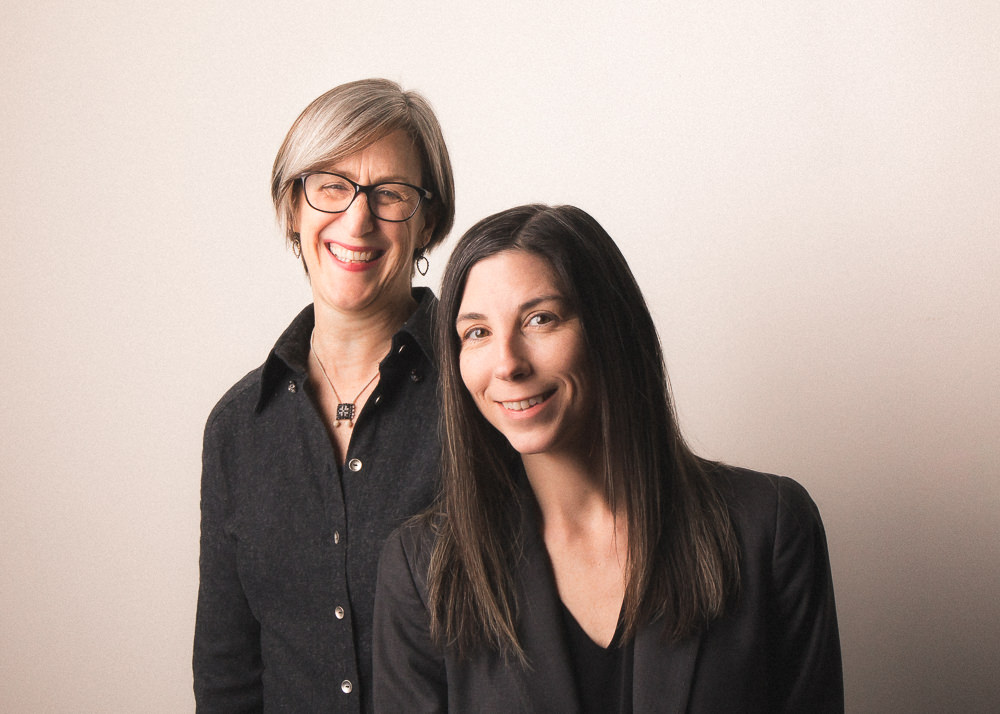 14
Ginger Farley and Shawn Lent
Executive Director and Program Director, Chicago Dancemakers Forum
Fifteen thousand dollars to make new work, no strings attached. It’s a grant almost unheard of in the arts, save the MacArthur “genius” award, much less one specifically earmarked for dance. Six Chicago choreographers receive the coveted Chicago Dancemakers Forum Lab Artist Grant each year and, along with it, performance opportunities, and peer and technical support throughout the process. CDF also awards smaller Greenhouse program grants of $4,000 for emerging choreographers, along with mentorship from an established artist, which makes the team of Farley and Lent arguably the most powerful force for the creation of groundbreaking dance in the city. 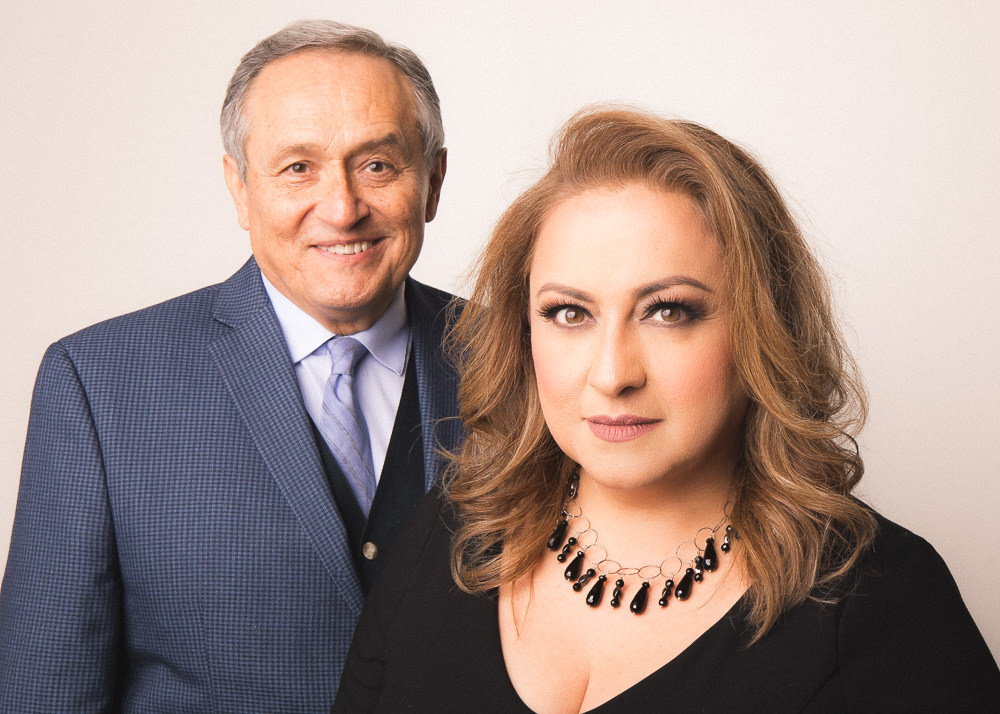 13
Ricardo Gutierrez and Sylvia Hevia
Executive Artistic Director and Managing & Development Director, Teatro Vista
Teatro Vista has been on an enviable run, commencing with the world premiere of Ike Holter’s “The Wolf at the End of the Block” and continued with the protracted and seemingly unstoppable success of Sandra Delgado’s ebullient “La Havana Madrid,” which had sold-out productions at Steppenwolf’s 1700 Theater, The Miracle Center and the Goodman, and which will take a well-deserved victory lap with Collaboraction this year. The journey continued with the Midwest premiere of “Fade” from rising star Tanya Saracho and culminated with the world premiere of “The Madres” by Stephanie Alison Walker, a narrative that will continue with “The Abuelas,” another world premiere from Walker, in February. With all this recent success, not to mention their participation in “Destinos,” the Chicago Latino Theater Alliance’s second annual International Latino Theater Festival, we shouldn’t overlook the fact that Teatro Vista has been dutifully telling the stories of Latinx communities for more than twenty-five years. And while Teatro Vista may be the most instantly recognizable name, the emergence of CLATA in 2016 and ALTA in 2010 suggest a ramped-up communal effort to spread the enthusiasm for these stories as widely as possible. 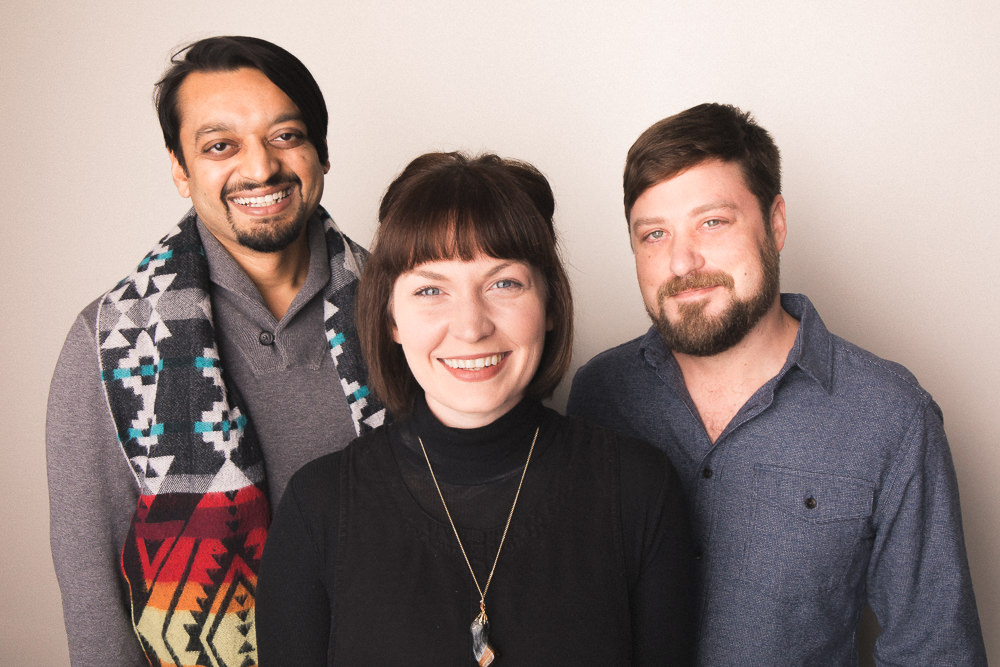 12
Gus Menary, Nora Leahy and Kaiser Ahmed
Artistic Director, Managing Director and Associate Artistic Director, Jackalope Theatre
Jackalope Theatre has committed to exploring and redefining American identity, a timely and activistic call to action. Under artistic director Gus Menary, these players dig deep and aim high, maximizing capabilities to make great social change, onstage and in the community. On their stages, both at the Frontier and the Broadway Armory, they undertake a rich excavation of the American mythos through the amplification of diverse voices, from “In the Canyon,” a groundbreaking world premiere from Kilroys-cited company member Calamity West, to the three world premieres produced last year in their tenth season, including Ike Holter’s acclaimed thriller “The Light Fantastic.” Collaborations with The Chicago Inclusion Project and The Yard further extend their reach. Eleven years in, through new initiatives like The GroundWorks Series, the Circle Up! Reading Series, and an eight-week Playwrights Lab (taught by West), Jackalope walks the walk. 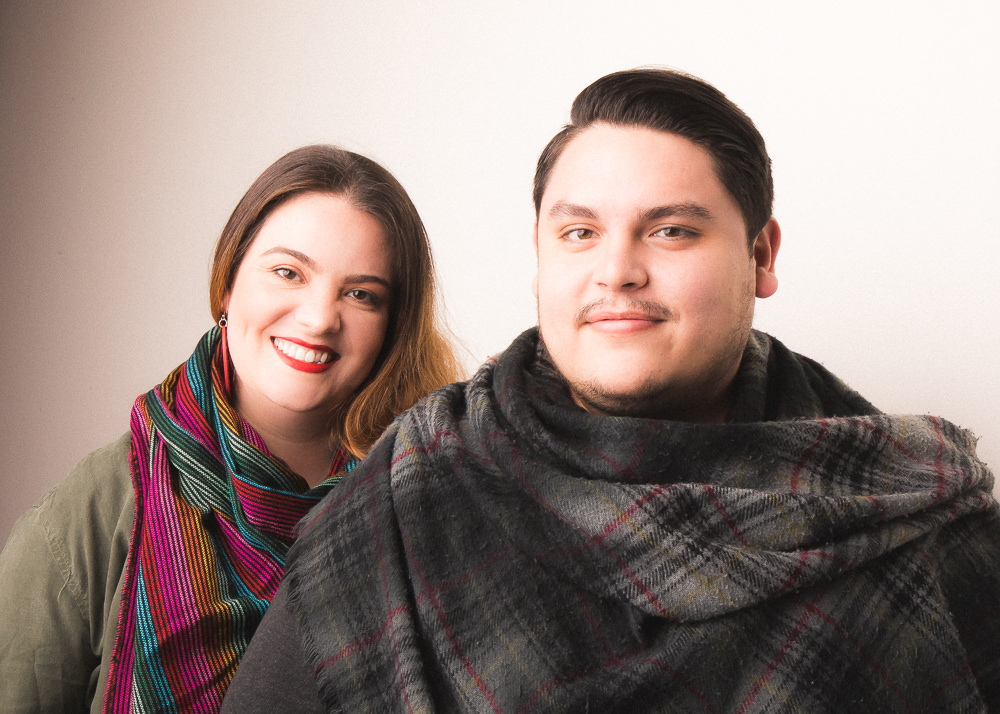 11
Nancy García Loza and Isaac Gomez
Creative Co-Directors, Alliance of Latinx Theater Artists (ALTA)
Founded in 2010, the Alliance of Latinx Theater Artists has been a resource for Latinx theater practitioners, a consistently marginalized demographic in local arts coverage. This past year, in response to calls for better representation in theater awards and ceremonies, the organization hosted the first ALTA Awards. Where local and national award ceremonies struggle with inclusion, the ALTA Awards demonstrated the breadth and depth of “LatinXcellence” in Chicago. Helmed by playwrights Nancy García Loza and Isaac Gomez, the organization is making the ALTA Awards an annual tradition as well as furthering “the Chicago Latinx Theater movement by promoting, educating, representing and unifying Latinx identified artists and their allies.”