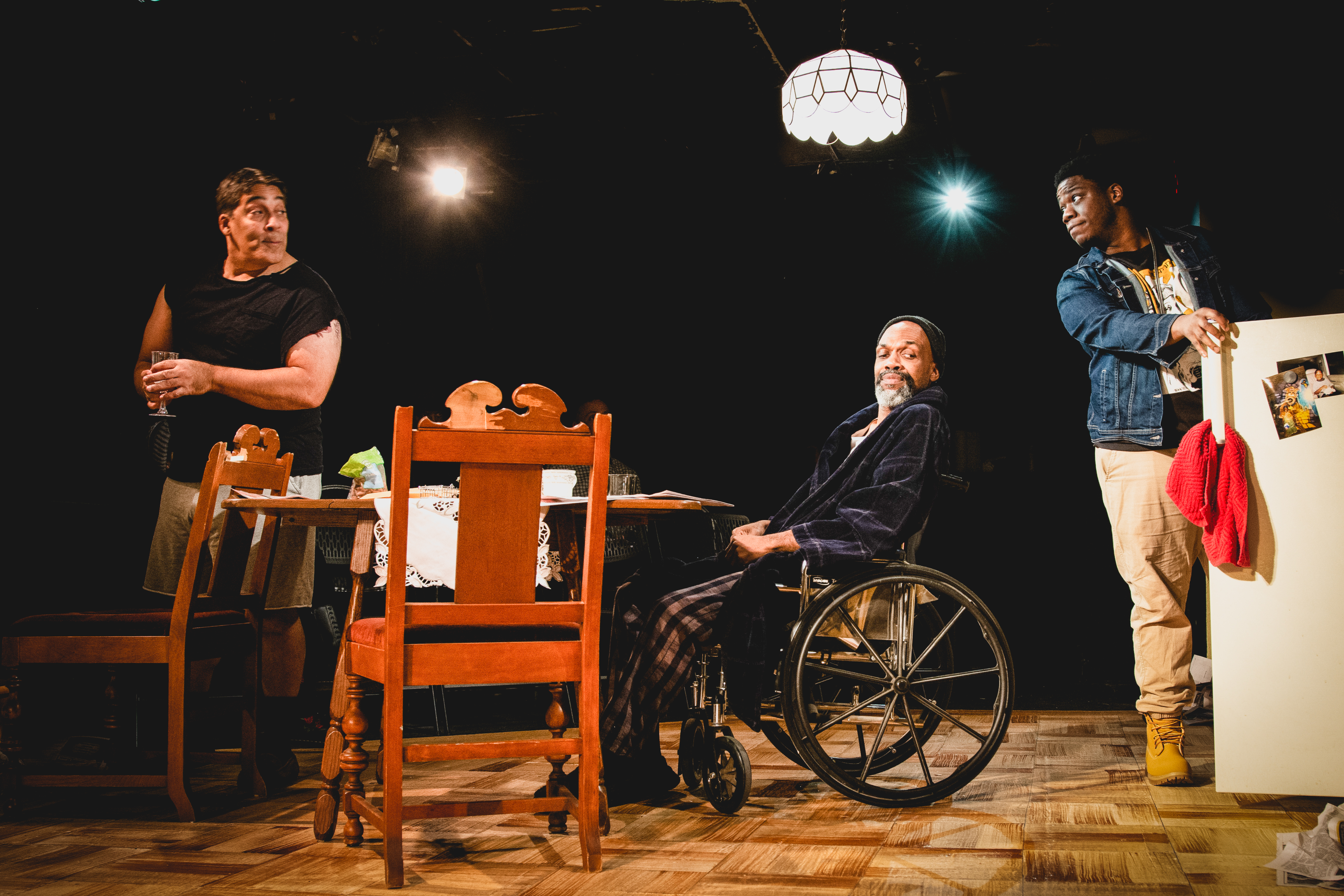 When you enter the house of Redtwist Theatre, you walk straight into the Riverside Drive home of former NYPD officer Walter Washington. Littered with newspapers and liquor bottles and decorated with snapshots, kitschy wall art and the desiccated remains of a Christmas tree, this apartment has seen better days.

So has “Pops” Washington (Kenneth D. Johnson), breakfasting on whiskey and pie with Oswaldo (Johnny Garcia), just one of the ragtag bunch of ex- and future-convicts he’s sheltering—the others at present include his son, Junior (Kevin Tre’Von Patterson), and Junior’s girlfriend, Lulu (Almanya Narula). The former boosts electronics and misses his deceased mother. The latter looks like a streetwalker but says she’s studying accounting. “Do you know any people who ain’t criminals?” Pops asks Oswaldo. “Any motherfucker perpetrates a felony… That’s always the motherfucker you know!” Self-awareness is not anyone’s forte in Stephen Adly Guirgis’ hilarious, heartbreaking “Between Riverside and Crazy,” intimately rendered in Redtwist’s gem of a production, directed by Rinska Carrasco-Prestinary.

Salty, cranky and sloshed, Pops is eight years into a lawsuit with the city. Eviction notices appear on his door with regularity. The race-based violence, implied by the gunshot wounds that ended his career, has not budged an inch, inside or outside the world of the play. People of every color and age call Pops “Dad” and mean it. Sometimes he embraces them and sometimes he gives out beatings and tongue-lashings you can’t forget. The tensest relationships he sustains are with Junior, who practically quivers with desire for approval from his withholding father, and his former partner O’Connor (KC Karen Hill), who wants him to walk her down the aisle in her marriage to NYPD sycophant Lieutenant Caro (Adam Bitterman).

Guirgis presents a complex world within the walls of Pops’ rent-controlled apartment, one that never feels claustrophobic or contrived, built on the strength of the characters and their poetically authentic way of speaking. Redtwist’s ensemble brings the story to life with painful, beautiful truth. (Irene Hsiao)