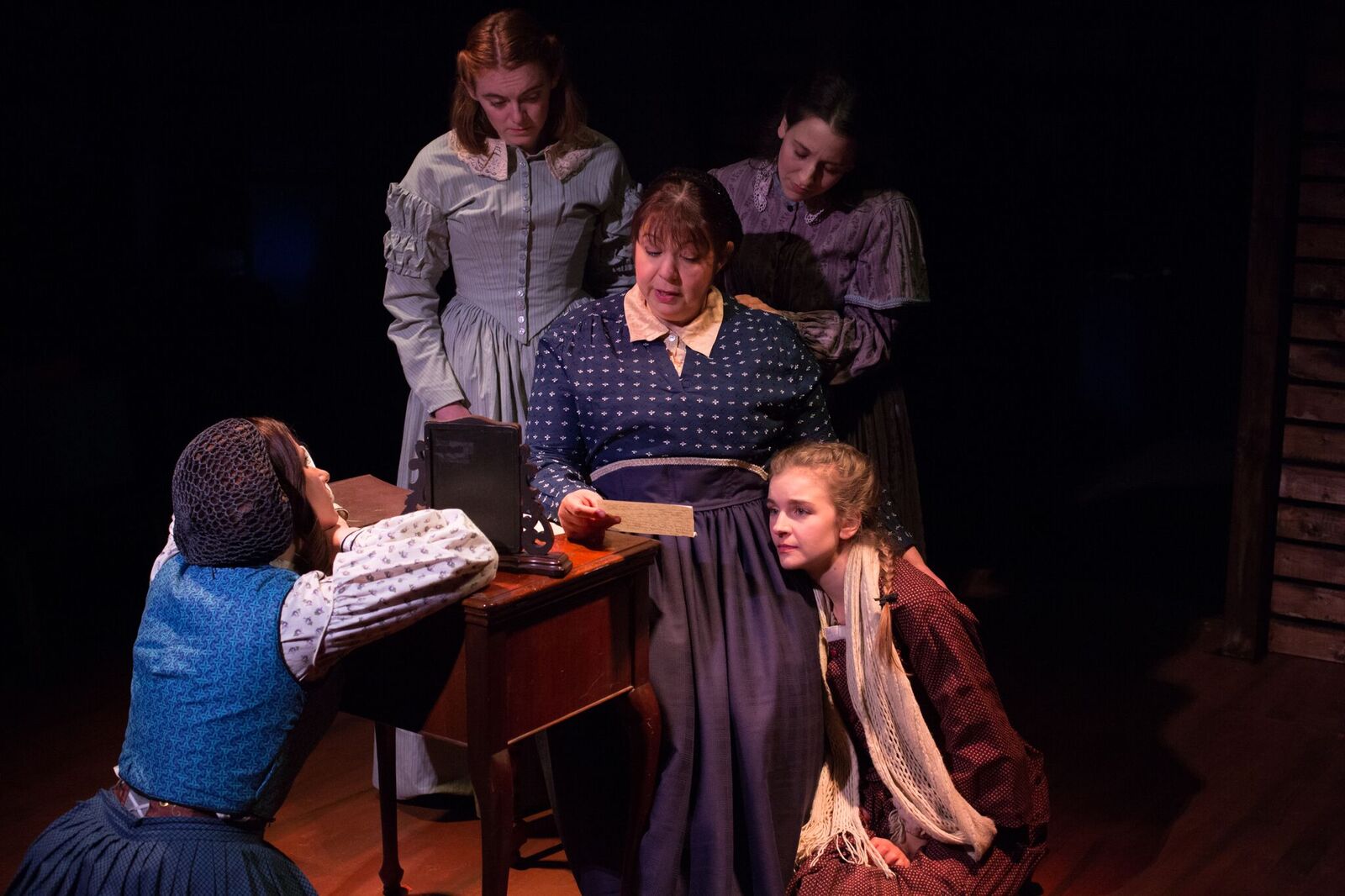 Louisa May Alcott’s recounting of her life sits in the public consciousness in a singular way. All of us, gender be damned, see a little of spunky Jo, fragile Beth, idealistic Meg, and impetuous Amy in ourselves, and we fall into their story with our whole hearts. There is no need for a spoiler alert. We all know that we’re losing Beth in the second act. When the lights go up after the intermission, we’re set to cry. We’re ready for the release.

With a star-studded cast and a timeless story, the musical version of “Little Women” should have had a longer 2005 Broadway run and more Tony nods. It is fair to remember that it vies for credibility against one of literature’s most beloved works, and there is no way to cram all the intricacies of the novel into a two-act musical. Co-directors M. William Panek and Stephanie Rohr have assembled such a strong cast that the lapses feel minuscule.

Tessa Dettman is a powerhouse of a young actor. Singing a role written for the high-belting Sutton Foster, Dettman makes it her own most of the way, and in the moments where you just have to holler like Foster because the score demands it, she pulls out the stops. Sarah Ford is a lovely Beth, Andi Sharavsky’s operatic Meg is bang-on, and Kim Green is an arresting Amy. Jenny Rudnick’s Aunt March is a lovable harridan with a heart of gold. Will Kazda (Laurie) is a handsome, focused actor with an attractive tenor voice that deserves exquisite training. Matthew Fayfer (Professor Bhaer) mars his otherwise marvelous performance with inconsistencies in his German accent; he would be more successful to drop it than to use it occasionally.

In the center of this array of talent is the quiet professionalism of Denise Tamburrino. As Marmee, Tamburrino steers clear of the vocal and theatrical takes of Maureen McGovern, who originated the role. Tamburrino’s Italianate soprano voice is always used in service to the genre. She knows when to speak-sing and when to let it rip, and she has a fantastic mix in the middle voice, all of which she brings to bear on her characterization of the quintessential mother. Her Marmee is always calm, but never placid. Her naturalistic approach is the glue here, which is exactly right.

The world is a mess. Go spend a couple of hours with The March Women. You’ll be glad you did. (Aaron Hunt)