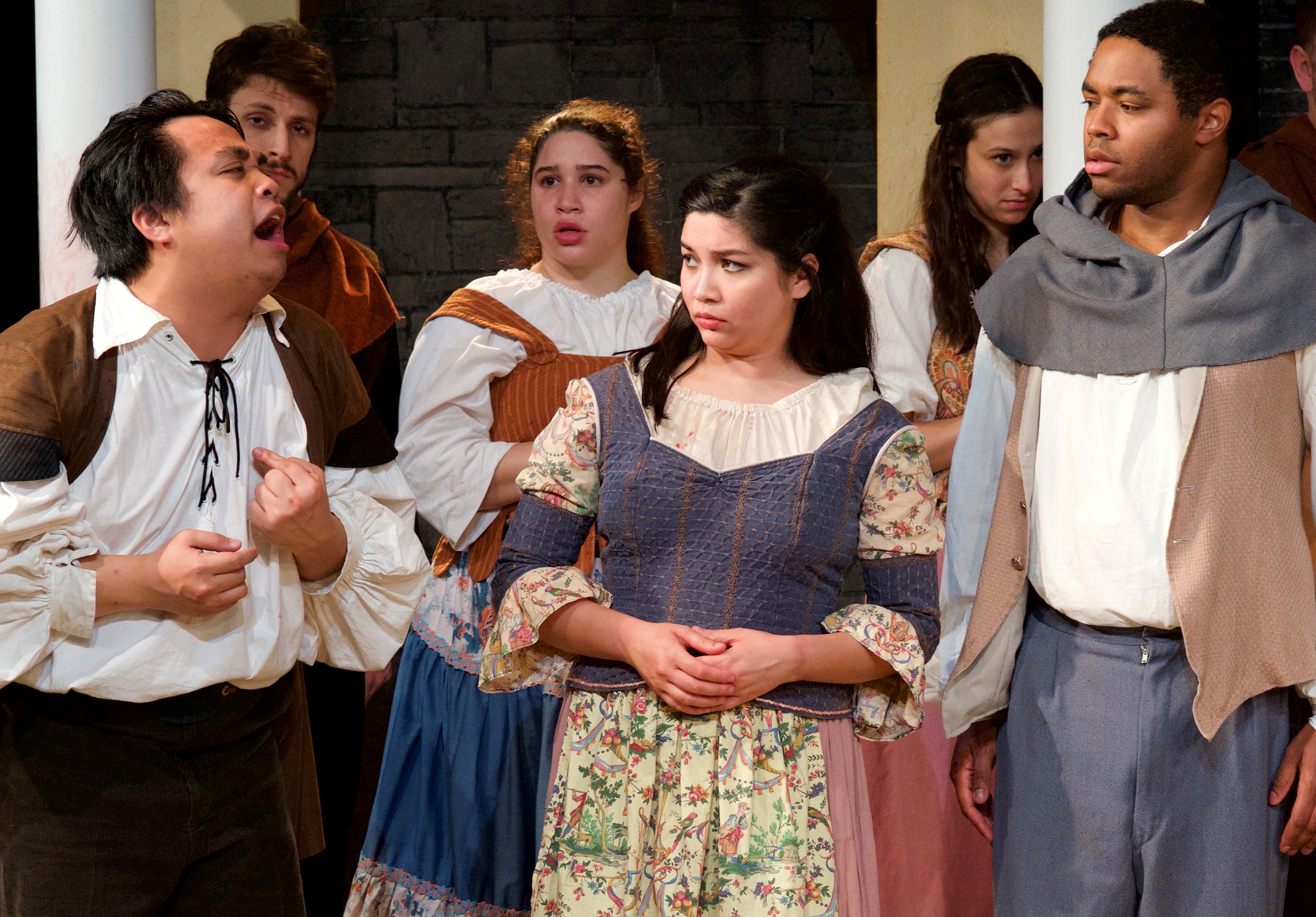 Tyrants and bullies are as old as human history and so is the opposition they generate. Few plays capture the spirit of resistance as beautifully as Lopé de Vega’s epic, reality-based “Fuente Ovejuna.” The title refers to a small town that rises as one against a greedy, arrogant aristocrat and sexual predator who lacks any pretense of decency and whose loyalty is to a foreign power.

It doesn’t get much more relevant than this, people.

Kudos to adapter-director Terry McCabe (working from a literal translation by Stanley Appelbaum) and the City Lit troupe he heads for reviving this work by the manically productive Spanish playwright, who is rumored to have penned more than 2,000 plays, making Shakespeare look like a one-hit wonder. “Fuente Ovejuna” may have been published four-hundred years ago, treating events that transpired much earlier, but it glows with unforced topicality, touching on everything from #MeToo to internet information overload to government-sponsored torture to priestly sex scandals.

The story begins slowly and awkwardly, with an exposition-laden dialogue between the pre-teen Master of the Order of Calatrava (portrayed by high schooler Daniel Pass), a Spanish version of the Knights Templar, and his Darth Vader-like Commander (played with villainous glee by Varris Holmes). The underlying dynastic politics are convoluted, but we learn that the central conflict is between the Portuguese King Afonso V, who wishes to put his puppet on the throne of Castile, and Ferdinand and Isabella, who seek to unify Spain under their joint control. The wealthy and formidable Order of Calatrava, which answers to the Pope and not the King, holds the balance of power and sides initially with Afonso.

Once the background is sketched in, the play takes off. Fuente Ovejuna, a peasant community in southern Spain, is both the setting and protagonist of this rip-roaring tale of villagers who take as much abuse as they can swallow at the hands of their lord, the vile Commander, before exacting grisly revenge on him and his thuggish, corrupt lackeys.

Director McCabe shapes this tale of mounting anger and explosive revolt as one long dramatic crescendo. The flashpoint is the attempted kidnapping and rape of Laurencia (played with a very Spanish mix of poise and fire by Carolyn Plurad), daughter of the town’s mayor (Rob Grabowski, who captures the character’s relaxed authority) and fiancée of Frondoso (Brian Bradford), who becomes a fugitive after interfering with the Commander’s plans. Surrounding these central characters are a passel of villagers whose bonds prove stronger than the fear inflicted on them by their feudal masters. Even the tortures of the icy Inquisitor (Jimmy Mann) cannot shake their solidarity. The Inquisition scene is a theatrical high point, conveying a nuanced blend of horror and courage, as does the play—and history—as a whole.

The show has weak spots. The sixteen-player cast—garbed in costumes that tend to be medieval above the waist and modern below—is uneven, including a notably un-regal King Ferdinand. And while the narrative generally gallops along, there are moments when the play veers into farcical comedy or Grand Guignol gore, diminishing the story’s impact.

But overall, “Fuente Ovejuna” is a rousingly and at times thrillingly good play, powered by the writer’s ability to create characters who are anchored in a certain time and place, yet whose struggle for freedom and dignity speaks as clearly today as it did four centuries ago. The lesson is that nations are born and reborn in acts of collective rebellion against unjust authority, reminding those in power that it’s the people who have the final word.

It’s a message we desperately need to hear, delivered here with energy and heart. (Hugh Iglarsh)

1 Comment
Inline Feedbacks
View all comments
Fuente Ovejuna at City Lit: the Past is Present – Essentially a Nerd

[…] play at least once, remember liking it, and cannot remember anything else about it. Nonetheless, NewCity Stage tells me it normally runs to two hours, so who knows? Maybe you’d see him die in a full […]