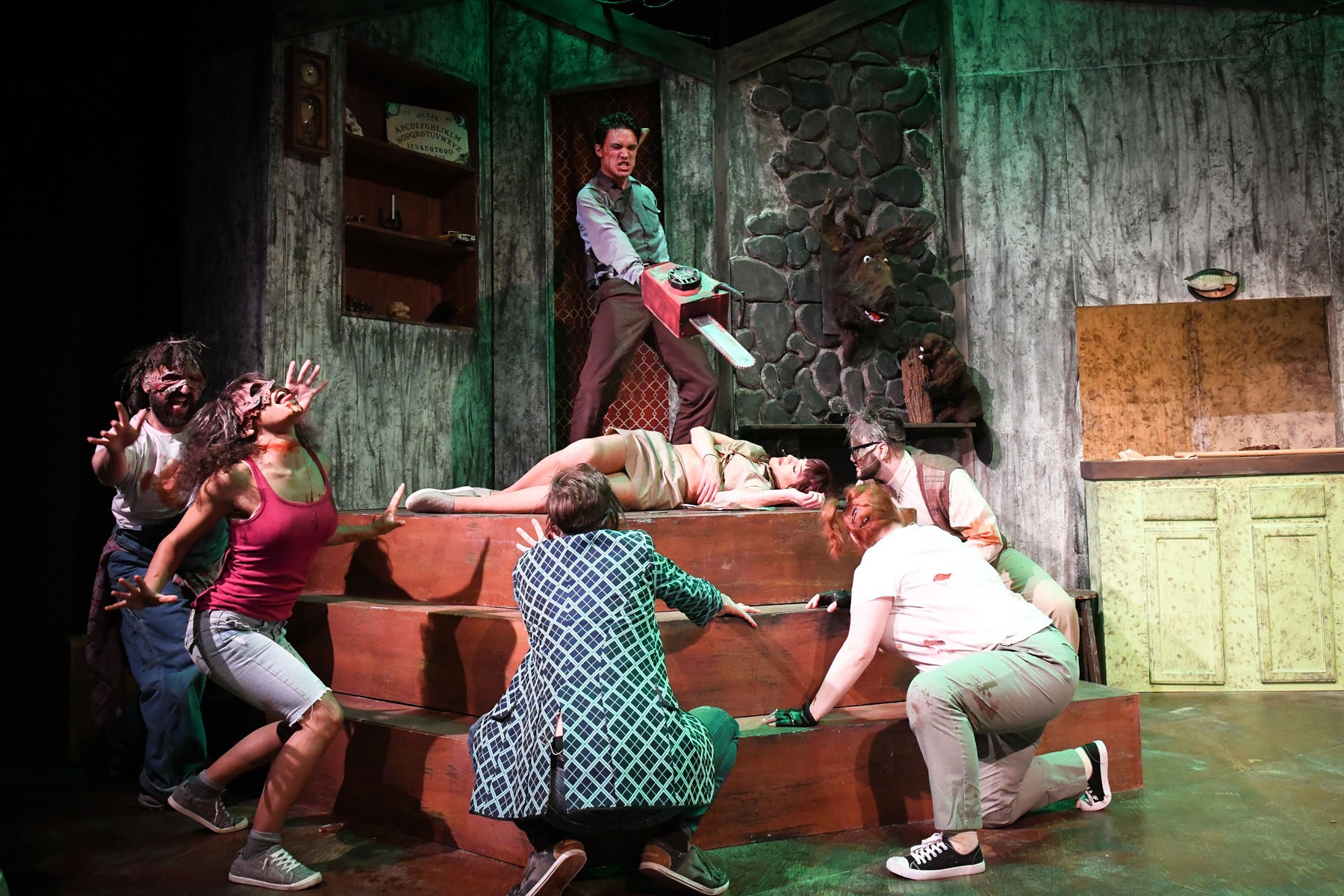 Not just dead. Evil dead. There is a difference.

A 1981 comedy-horror movie by Sam Raimi, “Evil Dead,” with one-liners and artistic blood spatters, was a cut above slasher franchises. Repurposed as a musical comedy in Toronto in 2003, the play follows five college friends camped out in a remote forest cabin. They catch up on some reading, play a few games, and listen to a creepy recording of someone translating an ancient book of the dead, which in turn unleashes a rash of demonic possessions. With book and lyrics by George Reinblatt, “Evil Dead The Musical” delivers a script that not only explores the inherent evil of ancient bloodletting texts but also the pecking order that goes into determining exactly which demon is allowed to kill which hero.

Presented by Black Button Eyes Productions and directed by Ed Rutherford, “Evil Dead The Musical” takes advantage of the intimate space at Pride Arts Center by creating a “splash zone” where patrons are encouraged to wear theater-provided ponchos to guard against (fake) blood splatter. The production offers a talented cast led by Jordan Dell Harris as the everyman turned zombie hunter. Standouts include Caitlin Jackson as the wise-cracking kid sister, and the very funny Stevie Love, who plays both an airhead girlfriend and a scientist in search of truth. The score is also perfectly executed by music director Oliver Townsend.

This might not be for everyone, but it is one bloody good time.