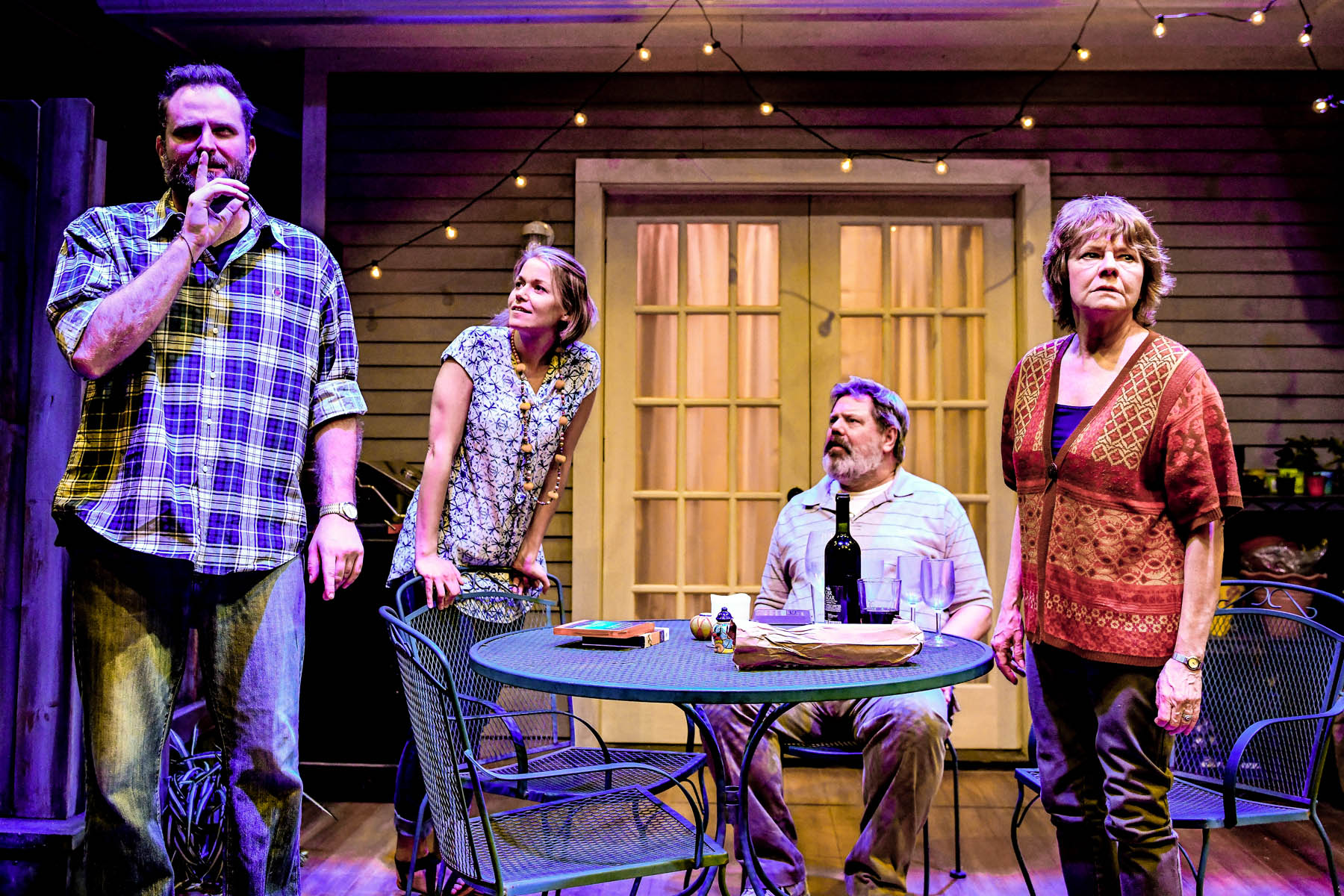 Will Eno loves words. He is a playwright, so that’s an ideal mindset. But reading or watching a Will Eno play, you get a palpable sense of how he values the function of words in human interaction: the way they work, and the way they don’t work. Comparisons to Samuel Beckett have been made across Eno’s career and with good reason: the weight of existential questioning can be found in any of Eno’s works, from the Pulitzer Prize finalist “Thom Pain (based on nothing)” to “The Open House,” works that are perhaps more hopeful than Beckett’s and more mundane in their presentation of twenty-first century American life.

“The Realistic Joneses,” the only play of Eno’s to be produced on Broadway (if you discount his upcoming Super Bowl venture, “Skittles Commercial: The Broadway Musical”), resembles an answer to the prompt “What if Samuel Beckett wrote a CBS sitcom pilot?” right down to the all-white cast for a script that doesn’t necessitate any restrictions on open, considerate casting.

The premise (if you can call it that) follows two couples: Jennifer and Bob, and Pony and John. All Joneses, all neighbors, and all navigating life with as much confusion and weariness as the rest of us. Bob and John are suffering from an unknown nerve disease that is, no coincidence, affecting the “language centers” of their brains. Eno wants you to have communication on your mind throughout the performance, especially as it concerns how often we fail each other in that regard, time and time again.

Eno’s script calls for a particular attention paid to the inner rhythms and banal machinations of these two lonely couples’ daily routine. But Jeremy Wechsler’s direction is always placing emphasis on the wrong syllable, with little weight or sense of timing given to many of the more humorous moments. Lines that beg to be given room to breathe are rushed with no time for us to sit and soak in Eno’s language and wordplay. Moments of high tension or quick-witted conversation are conversely dragged out, removing any potential momentum. And the less said about the dead air created by sluggish transitions between scenes, the better.

It doesn’t help that the scene-to-scene arcs of these characters are inconsistent. H.B. Ward is the only cast member who comes close to matching the tone of the script, while Linda Reiter provides much needed moments of emotional catharsis throughout. Joseph Wiens and Cortney McKenna seem lost from scene to scene, unable to find any sort of emotional stakes or humanity. The irony is certainly not lost on me that, in a play all about how we have trouble communicating with each other, that same concern seems to be apparent in the actor’s relationship with Eno’s script.

Near the evening’s end, Wiens postulates on whether his life is made up of “a billion little words, or, is it just one?” It’s one of Eno’s beautiful little questions, scattered throughout a play filled with a billion more little questions, trapped in a production unable to provide answers.