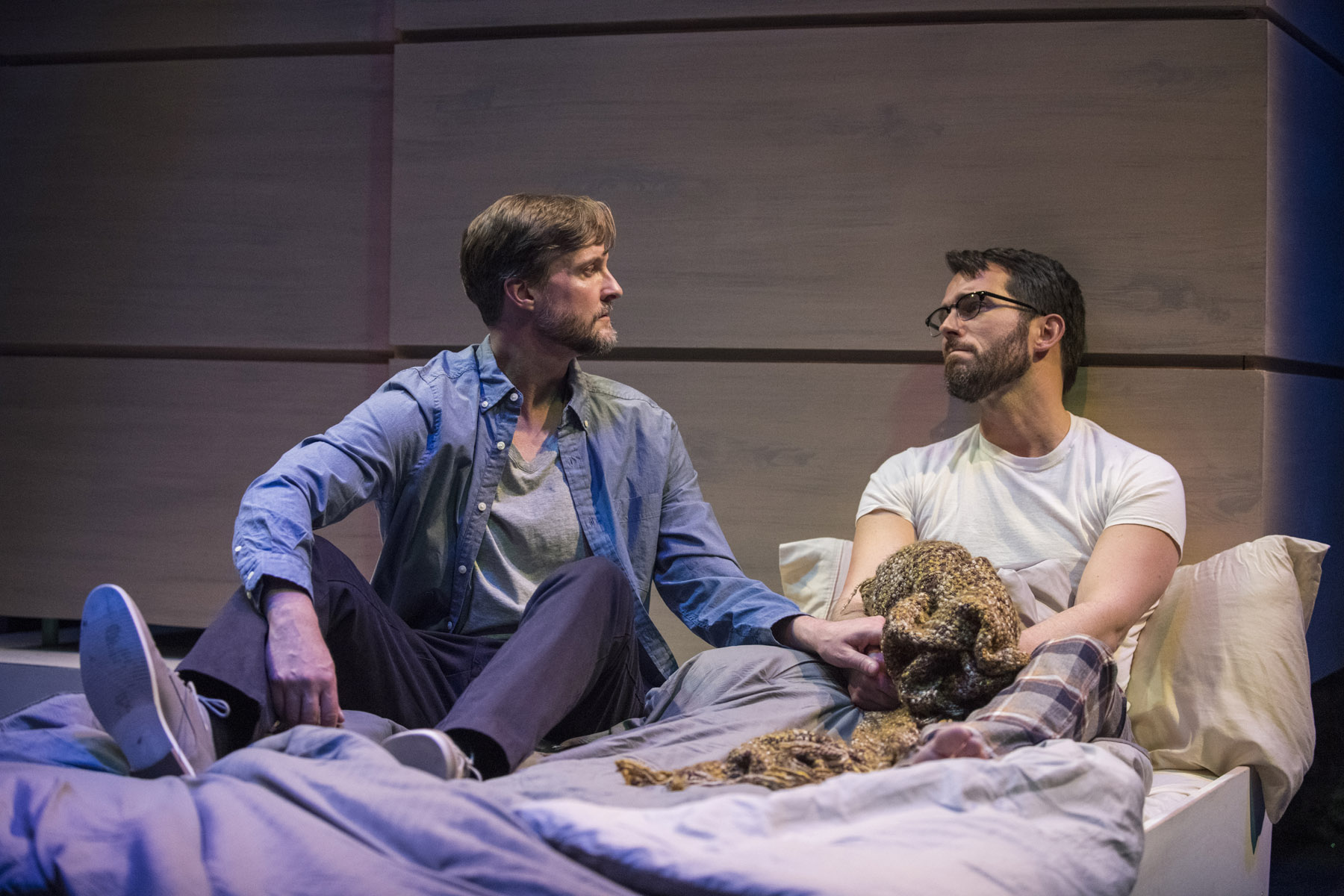 Very few plays grapple seriously with the subject of parenthood, making “Dada Woof Papa Hot,” in its Chicago premiere at About Face Theatre, immediately compelling. When children arrive, they suck up all of the air in a household and, potentially, the identities of their parents.

One such parent is Alan, played with delightful petulance by Bruch Reed. Not only does he have to deal with the insults of aging and the drudgery of applying for preschools that are as competitive as universities, he must also tolerate a daughter who has rejected him. Every parental unit has a favorite parent and in this one it is Rob, played with smug perfection by Benjamin Sprunger. He is the idealized half of a parent-child relationship, the dream that every parent envisions before their child arrives. Alan, on the other hand, struggles to cope when none of the rewards of parenthood exist for him, behaving more like a baby than the actual child. This is at once maddening and heartbreaking, a personal hell that many parents experience daily.

Lily Mojekwu, Keith Kupferer and Rachel Sullivan are a hoot as the straight liberal friends who constantly offer blithely ignorant hetero commentary to hilarious effect. Kupferer possesses an easy charm that sparks comedic gold when paired against Mojekwu’s intensity and the helicopter-parent anxiety she brings to her character.

The oft-examined struggles of maintaining monogamy once children arrive takes on new dimension when set against the backdrop of the perceived expectations of gay men and sexual freedom. Is monogamyassimilation into straight culture or a radical choice?

Gay or straight, desperation and last chances for moments of fleeting excitement dominate. “Dada Woof Papa Hot” offers a rare look into the eyes of willing, loving and engaged fathers. What does unconditional love look like? What is fatherhood when the clichés have been stripped away? And what does it take for a couple to go the distance over decades? Love is a precious thing and so is one’s individual personality. Hold on to either too tightly and you risk smothering it, like an overprotective parent.