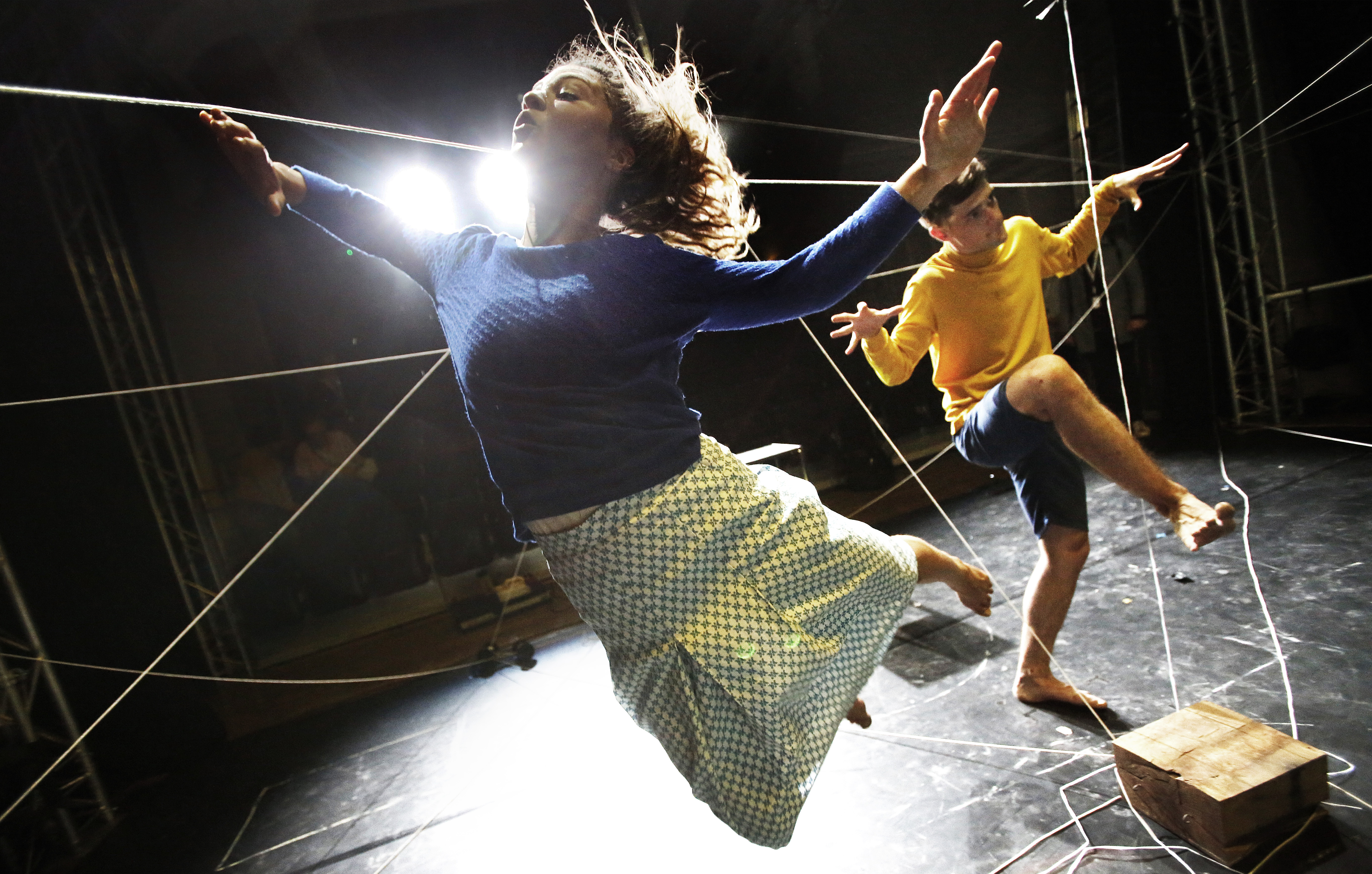 More than a thousand people were held hostage for three days in 2004 at School No. 1 in Beslan in North Ossetia in the North Caucasus region of Russia, by terrorists demanding freedom for Chechnya. More than three hundred lost their lives. The wounded doubled that. Vladimir Putin had begun his second term as Russia’s president half a year prior. Blunders were made. Children died.

In “Us/Them,” written and directed by Carly Wijs, two nameless children, a girl (Gytha Parmentier) and a boy (Roman van Houtven), attempt to describe what happened during those sweltering days of September. Was the gym where the hostages were kept here or there? How many were alive at each recollected minute? Urgently mapping a time and place etched in and distorted by traumatic experience, the two corroborate and contradict each other, the truth slipping by in the haze of perception. “Us/Them” is not about an incident. It is about memory and the curious way horror can be hidden in absurd details that jostle their way to the top of the mind: how Masha fainted that morning from dehydration; how many hours and minutes was one boy’s exact record for not having to pee; how to do long division. The boy often stands in front of the girl, interrupting her sentences and covering her face with his gesturing hand. It’s violent, but the audience laughs. The logic is the same as slapstick: no one wants to know how it felt. We just want to feel that it is safe.

What makes “Us/Them” so compelling is the strength of the dialogue: not the conversation of the characters, but the way the bodies of the children tell a story in parallel to their words. They diagram the school grounds with chalk. They make a human-scale cat’s cradle out of string. They scamper through the obstacle course they made with the agility of children as they’re best remembered: invincible and infinitely imaginative. Parmentier and van Houtven give remarkable performances, embodying the way children think and act with unrestrained presence.