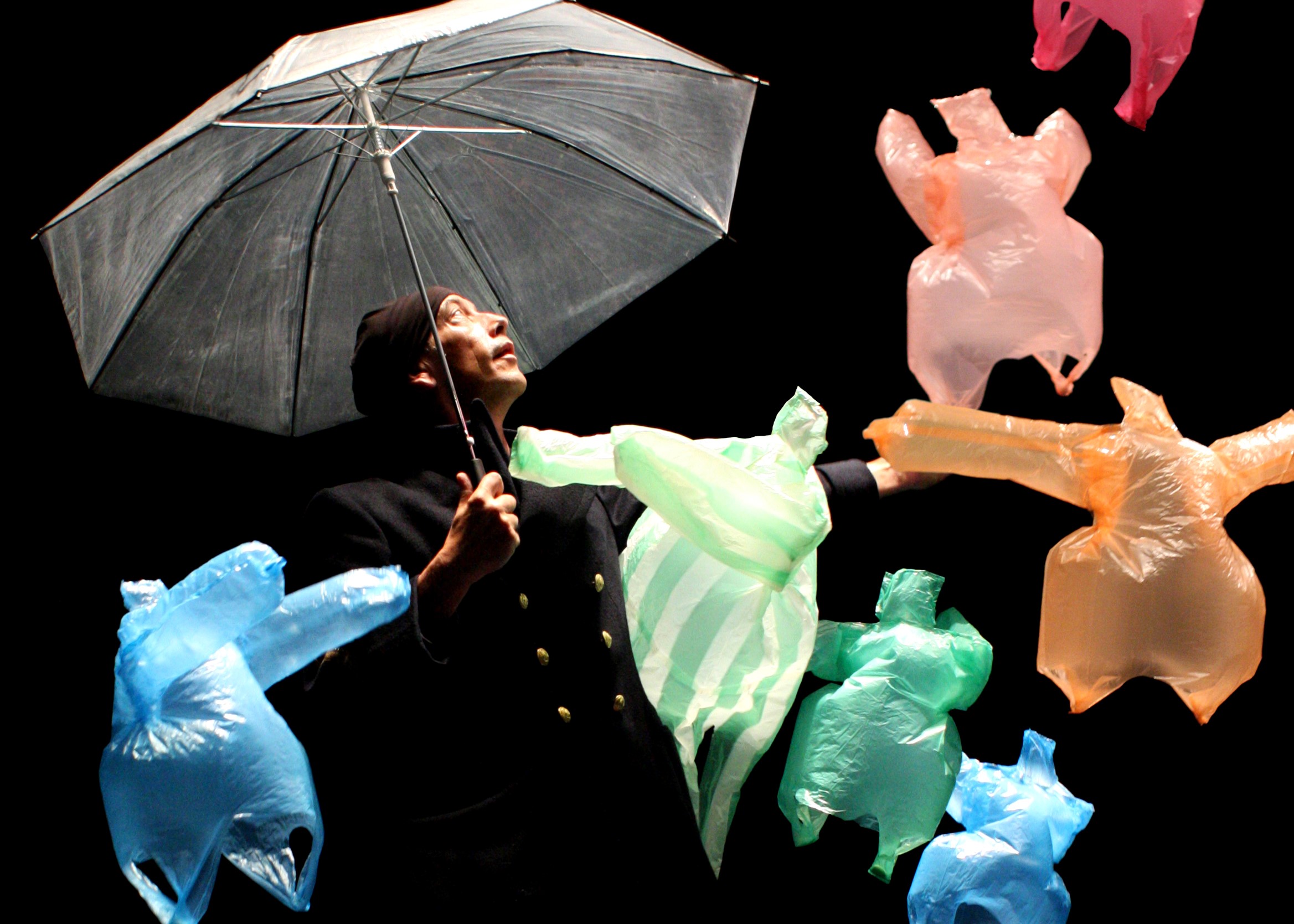 You have seen it before: a scrap of garbage lofted by crosswinds in an alley, momentarily elevated to beauty and freedom in flight. You, a mortal fixated on the mirage of your needs, wants and desires, gave fleeting attention: a second, no more. In Phia Ménard’s “L’après-midi d’un foehn” Compagnie Non Nova offers you an indulgence for your foolishness in the form of a full thirty minutes of rapt contemplation of your temporary nature in the face of the infinite. That is—what was it he said in “The Graduate”?—“One word: plastics.”

Ceremonially presented in the round, the piece begins with a single man (Jean-Louis Ouvrard) pacing meditatively along the perimeter of darkened stage. On the ground, two pink plastic bags of the cheap dollar-store variety. With the flourish of a magician and the precision of a surgeon, he makes incisions along the sides and corners of the bags, neatly cuts strips of tape with his teeth, assembles the pieces in a flash, and steps away. One by one, he turns on six electric fans on the edges of the circle. The object flutters, shudders and breathes before springing up—spiraling—alive. You. A miracle.

What follows is a dreamlike ballet to a soundscape by Ivan Roussel of birdsong and Debussy: a single weightless dancer joined by another and another. Dramas emerge and dissipate: the whirling chain of dancers by Matisse, the flying lovers of Chagall, a laughing crowd, an allegory of overpopulation, all alongside a maker who observes and assists, abandons and destroys. It is mesmerizing work and disturbs as much as it delights because, in the end, the debris, stripped of inspiration and imagination, can and will outlast us all.