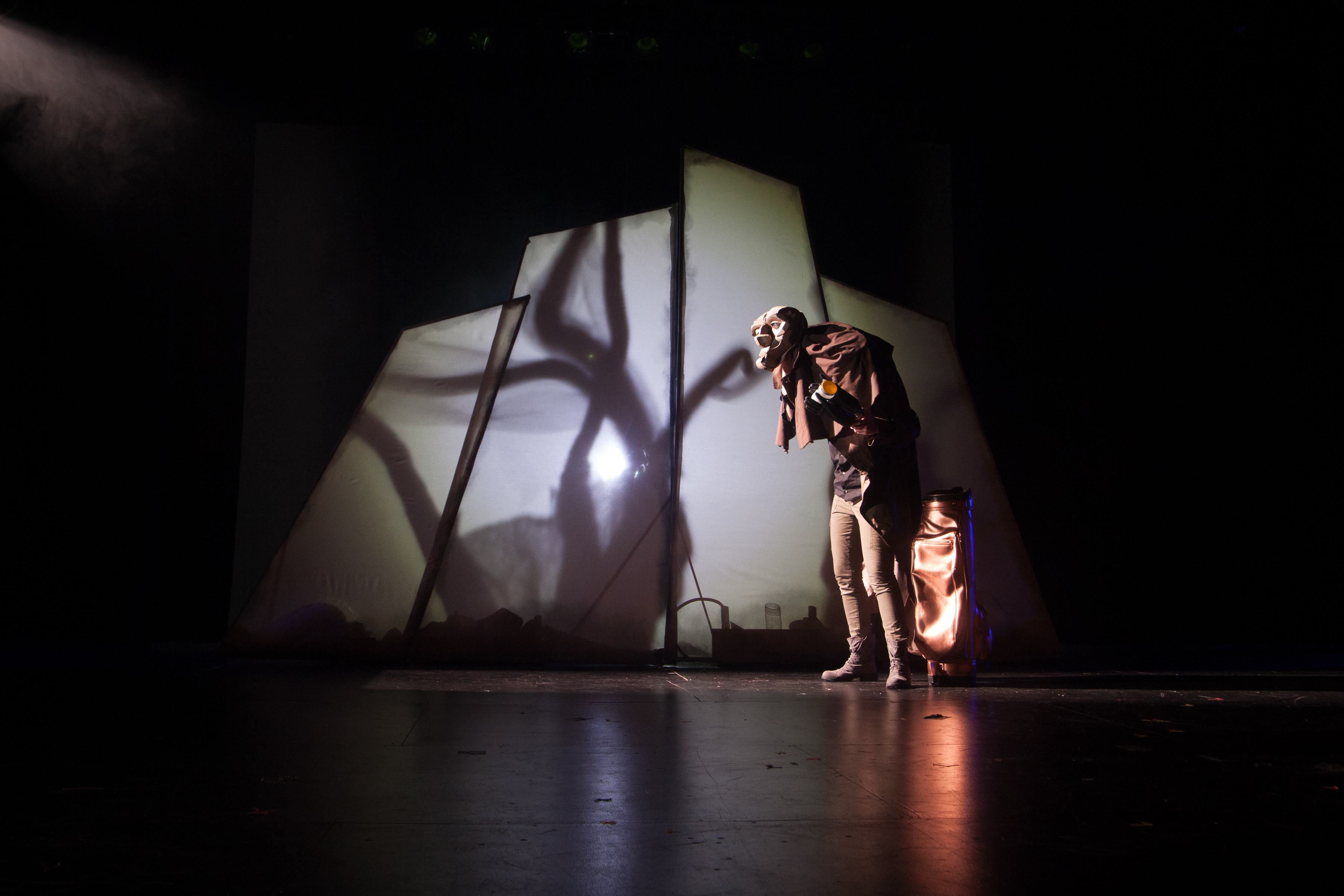 I love metaphors. God, I love them. If I could found a religion based entirely on metaphor, I would. I mean, I wouldn’t, but the point is that I understand and appreciate a good, solid metaphor. And “The Stranger And The Shadow,” a co-production at Adventure Stage and Rough House, has one good metaphor and strong imagination to go with it.

That’s Rough House for you: they’re some of the strongest imaginers in town. With each new play they put on some fresh duds while building on the fundamentals they’ve established: “Ubu The King,” with puppets; a haunted house, with puppets; dystopian young-adult fiction with an uncanny resemblance to the United States, with puppets.

In the fictional nation-city-state of Colfax, when people are scared or feel an uncomfortable feeling, they open a jar and scream into it. A collector comes to get them and brings them to the barrier between Colfax and everywhere else. This is The Shadow: it keeps out those who are different, fueled by the citizens’ fears. Brass paint and brown straps are the main design choices.

The joy of the puppets and the performers (Kelsey Shipley and Khloe Janel carry a lot of the weigh while Mariana Castro leads the ship with endearing earnestness) isn’t matched by writing and plot. At some point, the metaphors become too jumbled and unwieldy, falling under the weight of a complicated plot that resolves without clearing the air of symbols. Meanwhile, the writing is more interested in morality than communicating a story, which begs the question: why create this world? The political power of story is the analogue that quietly slides ideas into an audiences’ brain.

Despite flaws in structure and messy plotting, there’s lovely puppet work, some magic sprinkled over, and the central point of the show, to feel what you feel and to speak truth to power, all make for worthwhile pieces to an okay whole. (Jay Van Ort)