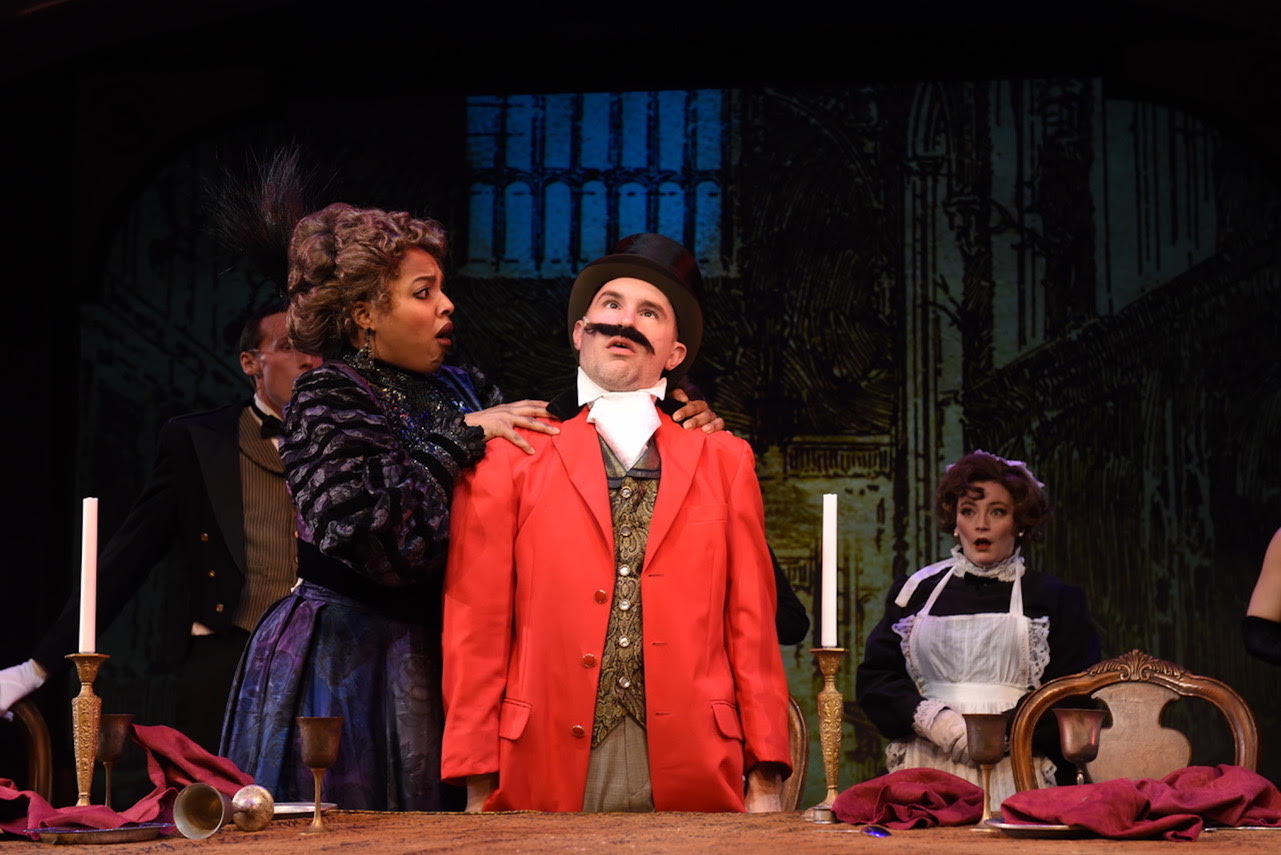 A practically perfect, patter-y operetta called itself a musical and trilled its way to Broadway in 2013. With a book by Robert L. Freedman, music by Steven Lutvak and lyrics shared between them, “A Gentleman’s Guide to Love & Murder” sports one ballad that strikes the ear as contemporary musical theater by way of Debussy, while the rest of the royalties belong to the estates of Gilbert & Sullivan.

Herein, the dashing, charming, but dirt-poor and disinherited Lord Montague “Monty” D’Ysquith Navarro murders (more by omission than otherwise, and sometimes nearly not at all because then we couldn’t love him) everyone in line of succession before him to become the Ninth Earl of Highhurst. He loves the beautiful Sibella, who intends to continue loving him right back while she marries someone else for money, as well as the beautiful Phoebe, who is as wise as she is ditsy. We wait on tenterhooks for Monty to get caught; multiple octaves and British accents abound. Here we have two sexy, funny, smart roles for leading women with legitimate vocal training, a part every tenor leading man would give at least one of a pair of anything he’s got to play. and, at the apex of all this zaniness, one character-actor essaying the entire dying D’Ysquith family in a rainbow of gender and sexual craving. Jefferson Mays ripped it up on Broadway, winning a Tony nomination. The show walked away with Best Book, Best Direction, Best Costume Design and Best Musical.

Aside from production challenges brought on by the multiple locales in the story and the need to get the dying D’Ysquiths in and out of their wigs in time for the next round, this is a fairly foolproof piece, with its nuances and peculiarities elucidated in the book and the score. One need only cast the right performers and have them play, through a honest lens, what is on the page.

There is much to enjoy in director-choreographer Stephen Schellhardt’s production. The projection designs by Anthony Churchill are such fun that we don’t care that we can’t have castles in the intimate Ruth Page Center auditorium. Emily Goldberg (Sibella) handles the operatic necessities with ease while playing the passive-aggressive coquette. Caron Buinis (Miss Shingle) is gruff, scary and utterly endearing as the family friend who knows where the evidential birth certificate is hidden. Carrying both the weight of the D’Ysquith family and Mays’ original performance on his slight shoulders, Matt Crowle does yeoman work, and is particularly successful with his less shouty characterizations. The busy ensemble was excellent throughout. Sharriese Hamilton stopped the show while angrily eating nonexistent food in a sexual frenzy; moments such as these cannot be had for a price. (Aaron Hunt)