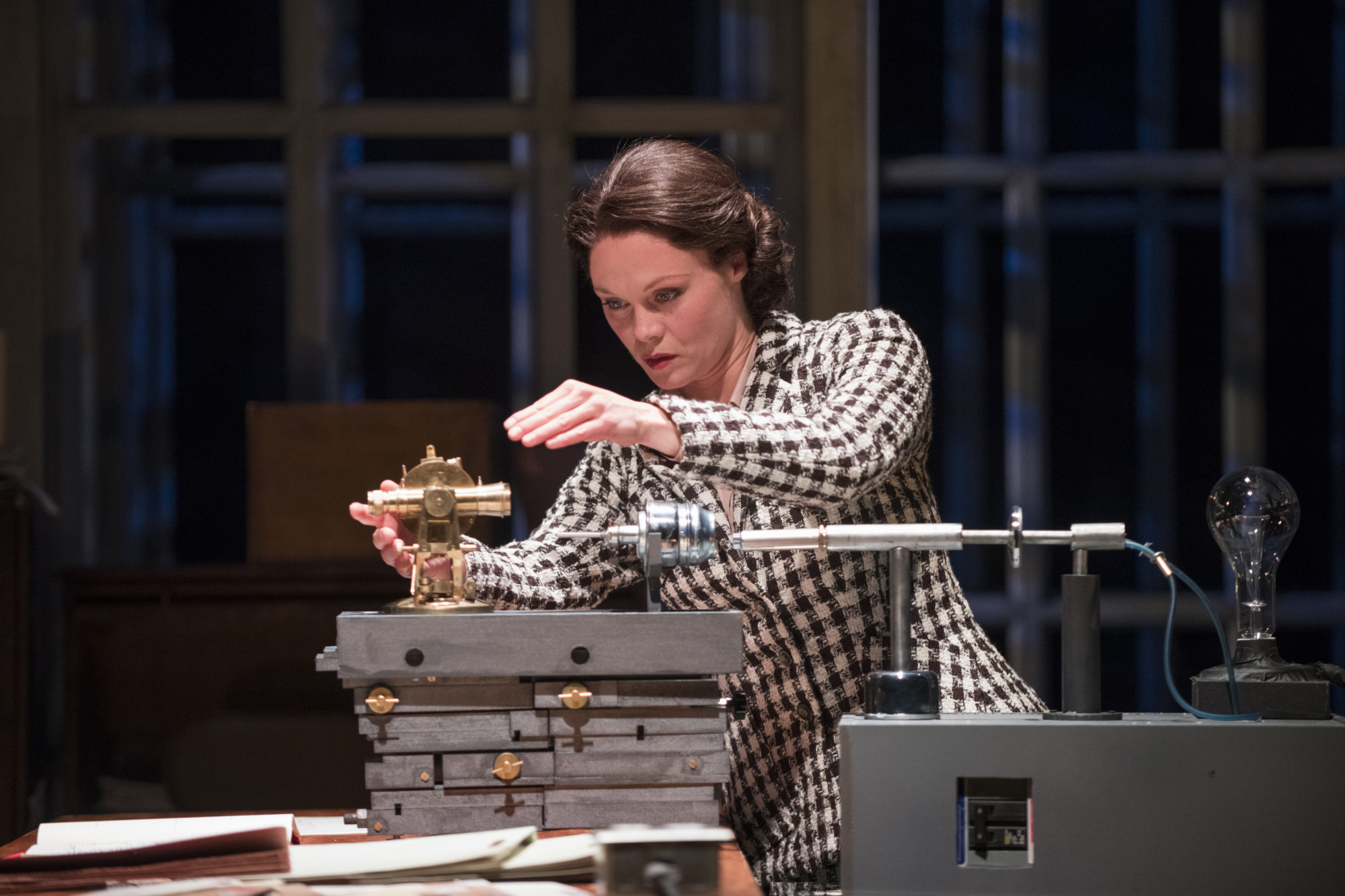 Plays are great tools for righting wrongs and art has a way of lifting forgotten voices, allowing us to learn, decades later, from influencers who were removed from the larger narrative. In “Photograph 51,” playwright Anna Ziegler brings us into the world of scientist Rosalind Franklin. Or rather, the world around her.

Dr. Franklin, who was instrumental in the discovery of the double helix DNA but rarely makes the history books, was clearly a woman in a man’s world. We have seen this story before. The men refuse to call her “Doctor,” even though she is one. Though women are often labelled as too emotional for serious work, Ziegler does well to articulate the male preoccupation with Dr. Franklin’s lack of emotional expression, their confusion in the face of Dr. Franklin’s desire to just get the work done. They are perplexed by her lack of warmth in response to their advances, so much so that the emotional labor of managing their hopes, goals, dreams and expectations falls in Rosalind’s lap. Between scenes, we watch a gaggle of men attempt to interpret, construct and define Rosalind’s story in her notable absence. Played in Court’s production by Chaon Cross, Dr. Franklin is deeply human but not sentimental, and wonderfully “difficult” for the men to figure out.

That women are held to a double standard is not new knowledge. Where plays were once called upon to illuminate the existence of sexism, now, they are called to help us understand it. Under Vanessa Stalling’s exemplary direction, “Photograph 51″ avoids absolutes and empty generalizations, living instead in the complexity of human conditioning and asking big questions about the way we consider words like “kindness,” when many/most women would trade empty niceties for respect, equality and pursuit of a dream. The men are complex, too. Played with great heart and refreshing vulnerability by Nathan Hosner, Rosalind’s colleague Maurice Wilkins proves that patriarchal limitations and expectations do a disservice to us all.

I cannot imagine a better version of this play. Each element of production—under Stalling’s clear, deliberate direction—harmoniously elevates the next. The scenic design, by Arnel Sancianco, is exquisitely thoughtful. I’m developing an eye for Sancianco’s work: more often than not, when I walk into a theater and a set immediately takes my breath away, the design is Sancianco’s. Complemented by Paul Deziel’s meticulous projections and gorgeous lights by Keith Parham, the world-building embraces a central message of the play: nothing is ever just one thing.

Although it might seem like a simple history lesson, “Photograph 51″ is rich and human, diving deep beneath the surface to a place of uncertainty. Stalling’s production is skillful, intentional, heartfelt, and not to be missed.