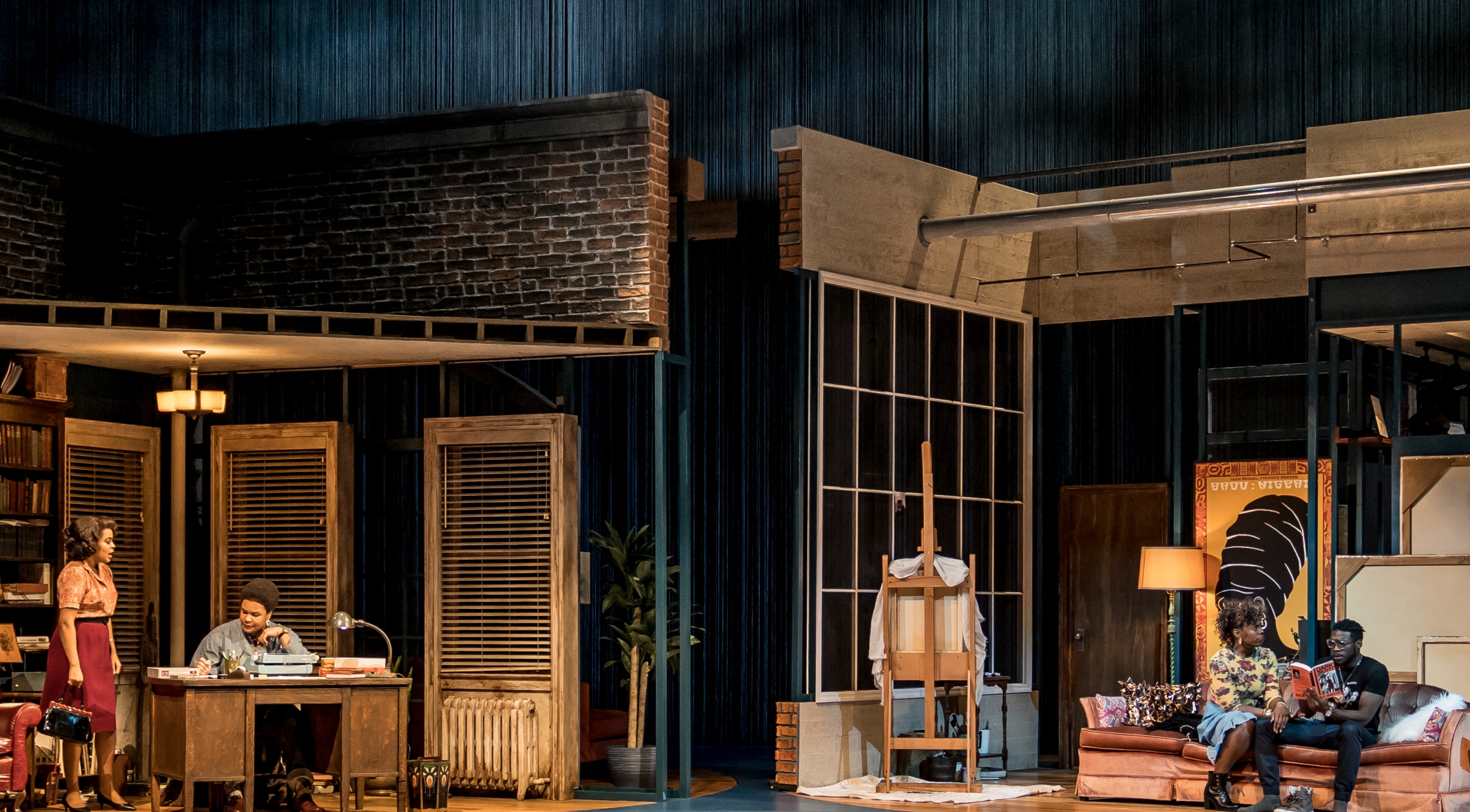 In the record-shattering “Hamilton,” Lin-Manuel Miranda posited a question: What is a legacy? We are, inevitably, unable to plan our legacies here on Earth, but it doesn’t stop us from trying. Christina Anderson’s achingly poignant new work “How to Catch Creation” sets its sights on that intangible idea.

Children, paintings, literature, music, clothing and relationships: the things in life that spark our passions and ignite our hearts leave behind a story in the smoke. That is the reality in which Anderson’s characters reside. Though separated by years, the characters in the sixties and those in 2014 are burdened by that same universal reality. In many cases, too, they are still burdened by racial injustices.

Six black characters seek the same thing differently. Through their art, their families or their future children, they all strive to find what will cement their memory in the world. It’s like “Six Characters in Search of an Author” although far less theatrically meta. They aren’t in search of their purpose in life. Rather, they search for the purpose of what they put into this life. There is a lot of intersectionality happening in this show. Todd Rosenthal’s set, for example, is two rotating worlds that intersect throughout the show, creating a world connected yet set apart.

Out of respect for Anderson’s carefully woven work, there won’t be much summary here. The intricacies of this story are many and they are artfully done. Let this suffice: the moments of creation wordlessly examine the existence of both artist and human. By observing the ways in which we create our own legacies, we learn a little more about ourselves and each other. It’s lofty. And yet, its simplicity is maddening.

The ensemble of this production carefully leads audiences through scenes separated by decades yet connected through speech. They meld seamlessly into one cohesive family unit. On the outset their relationships to each other appear a bit far-fetched until the show concludes and you see that everything made perfect sense. This is the kind of show, like a well-crafted film, that needs to be seen over and over again to truly appreciate everything it has to offer. Between Anderson’s playwriting prowess and director Niegel Smith’s attention to detail, this show is a work of art. But it cannot collect dust on a shelf, it needs to be seen, heard and appreciated.

Admittedly, I am still at a loss for how to express the devotion of this cast. There is not one performer not baring their soul on that stage at the Goodman. Rather than lay out every adjective I can think of to describe them, I give you their names to memorize because they are names you need to watch for from now on: Karen Aldridge, Keith Randolph Smith, Jasmine Bracey, Ayanna Bria Bakari, Maya Vinice Prentiss and Bernard Gilbert.

Whether we are separated by fifty years or fifty seconds, there is a lot to be learned about the power of legacy and what we leave behind. There is no clear formula to be found in this production either; you know what they say about best laid plans. But there is one thing of which we can be certain: you need to catch this show. (Amanda Finn)