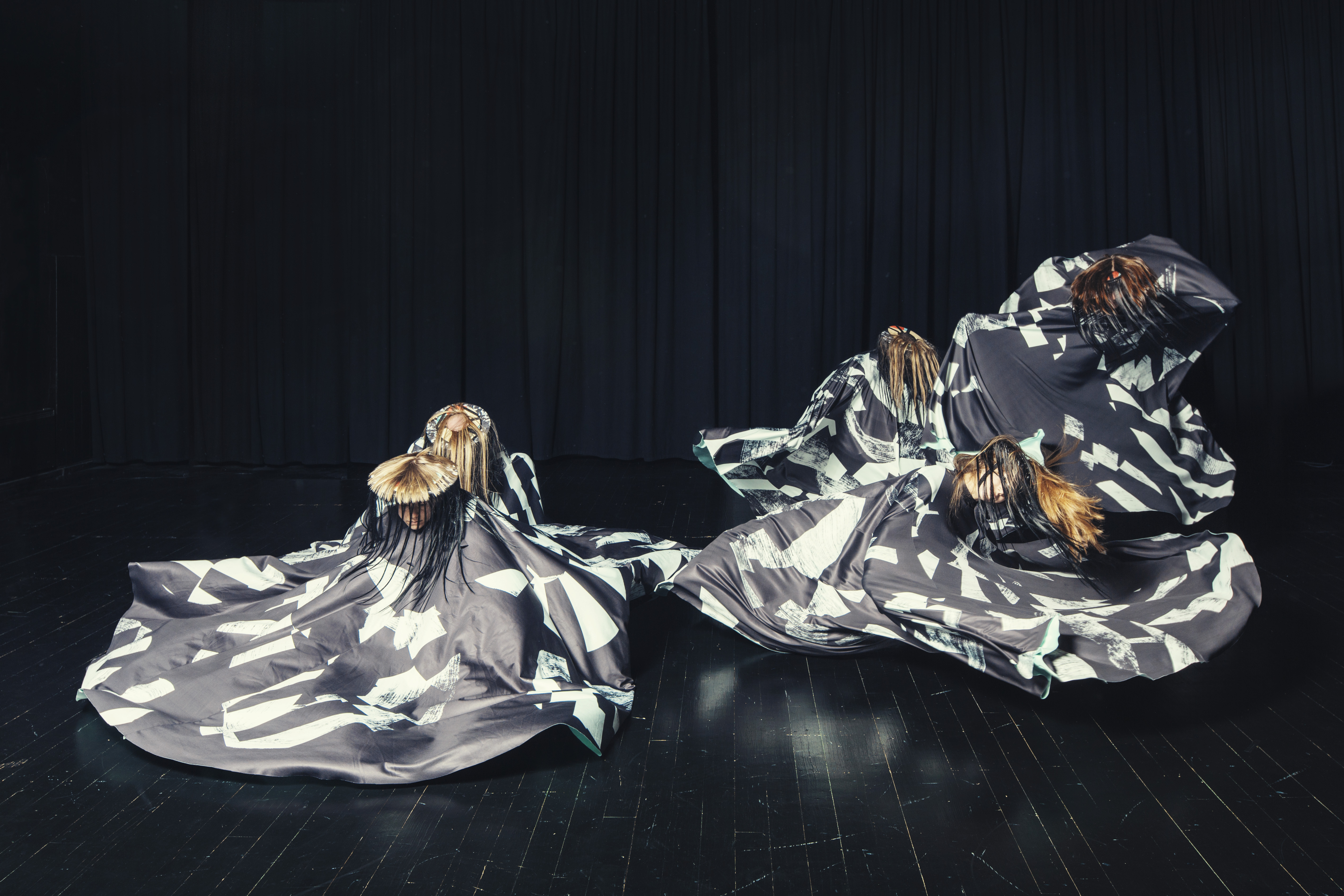 The Museum of Contemporary Art offers a temporary reprieve from the bleakness of February and a chance to enjoy the winter weather with the presentation of two performances, one indoor and one outdoor, by distinctive Oslo-based choreographer Ingri Fiksdal. Since the North American premiere of her work “Cosmic Body” at the MCA in 2016, Fiksdal has toured Scandinavia and Europe, collecting accolades and awards including a Natt&Dag Award, a Norwegian Critics’ Association Dance Award and a Hedda Award nomination. During her upcoming engagement, Fiksdal intricately blends music, sound, light design, scenography, fashion and dance in complementary performances: “STATE” and “Diorama.”

Fiksdal collaborated with director and dramaturg Jonas Corell Petersen to create “STATE,” which imagines a small society of five dancers, manifested through inventive costumes, live music and ritualistic dance. Co-created with sound artist Lasse Marhaug and avant-garde fashion designer Henrik Vibskov, the evening-length performance unfolds in cascading layers denoted by vivid auditory, visual and movement-based transformations set in the round in the Edlis Neeson Theater. At the onset of the piece, the dancers’ bodies evolve and connect as one to a live mix of rhythms and atmospheric sounds. As the piece progresses, the choreography shifts and derives inspiration from varied sources from classical ballet to military drills, which challenge the dancers’ endurance through physically demanding movement rituals. In the end, the dancers’ individual bodies merge again offering a rumination on how shared beliefs and common experience shapes the ways “the state” reinforces its control using social structures.

In a contrasting but complementary performance, Fiksdal reimagines Chicago’s natural and constructed winter landscape through “Diorama,” which occurs outdoors in Millennium Park and in the reflections of Anish Kapoor’s “Cloud Gate.” Clad in glimmering, sequined costumes designed by Fredrik Floen, MFA students from the School of the Art Institute perform with Fiksdal’s dancers to live mixes by Marhaug and vocals by Norwegian art-pop and gothic metal artist Jenny Hval. Timed in tandem with the winter sunset, the performance reflects on the passing of time and our shifting perspective of the urban landscape. Drawing influence from Louis Daguerre’s concept of diorama theater, “Diorama” creates an outdoor spectacle that is akin to a living landscape painting that evolves and transforms through movement, light and sound. (Alyssa Motter)