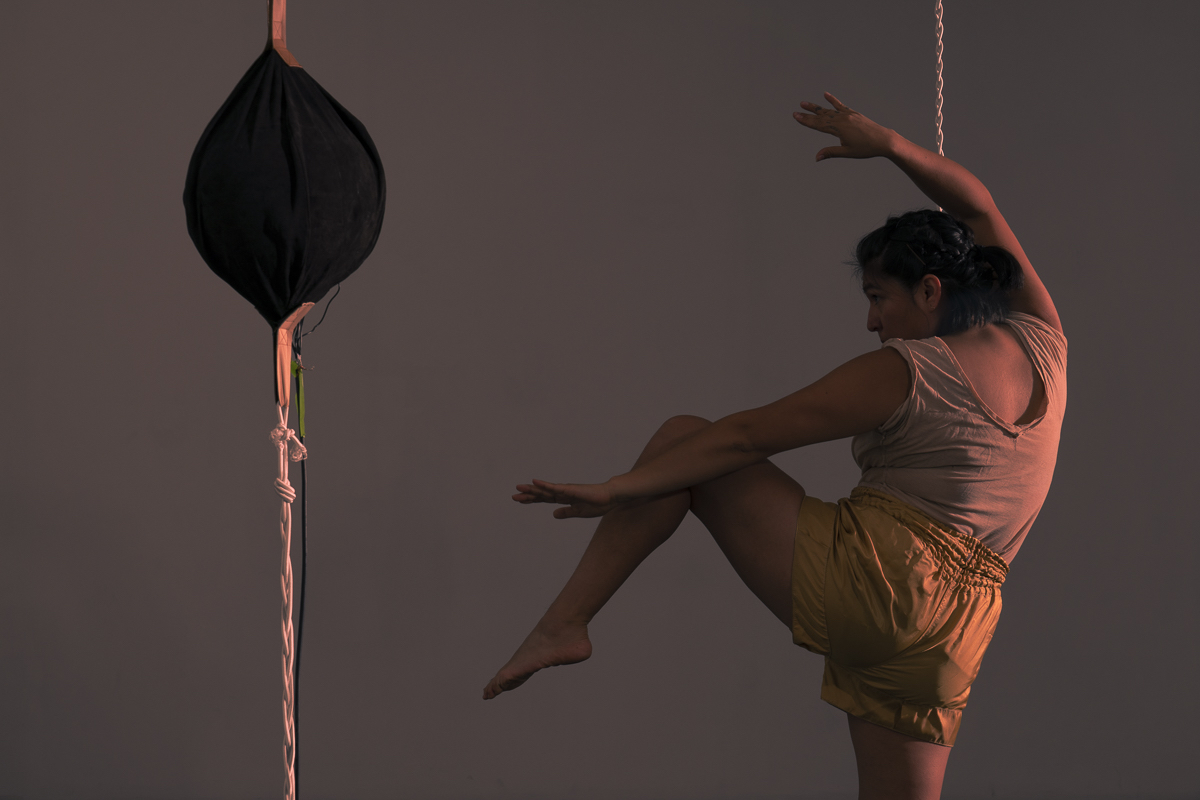 Performing artists Aurora Tabar and Carole McCurdy have been thinking a lot about violence lately, which may come as no surprise. “It’s a fucked-up time,” Tabar muses over coffee on a drizzly January day. “I don’t think it’s necessarily a more fucked-up time, in some ways, than any other time. But there’s a lot of conversation about systems of oppression; the MeToo movement is huge [as are] conversations about perceptions of women, the objectification of women and how we’re all complicit in that experience. There’s a lot of reflection on what’s being done to us, but also on our role and responsibility in how we should respond. I’m personally really interested in how we organize around that, taking a more positive response of how we can arm ourselves against oppression. Things in our political environment can be depressing if we let them be, or we can mobilize and empower ourselves even in the process of feeling disempowered.”

Enter “Power OUCH!,” a four-day performance festival running February 14-17 at Links Hall. The festival, curated by Tabar and McCurdy, features short work by five dance, movement, installation and body-based artists exploring themes of violence. Tabar and McCurdy originally intended to include bits of their own work—attendees of Elevate Chicago Dance at the Cultural Center back in October would recall hugging, punching, tackling and batting about McCurdy’s installation of ten or so Weeble-like, inflatable, floor-standing punching bags wrapped in crochet, which occupied a good 600 square feet of the first floor, a project she says was inspired by Tabar’s performance at her own wedding in which she was force-fed pie while reading aloud instructions on how to be a good wife from a 1950s lifestyle magazine—until they realized the work of coordinating a festival alone would be plenty to take on.

“We decided to look out in the community to artists working on this theme,” Tabar says. “For some it’s literal, for some it’s more thematic.”

Performers include Marcela Torres, a recent graduate of the School of the Art Institute, and a Latinx artist who grew up Mormon. Her piece, entitled “Agentic Mode: Abbreviated History,” is a forty-five-minute excerpt of an hour-plus performance and installation using a punching bag Torres stuffed with peppers and spices. “It’s about this thing that happens to people during times of war and the psychological justification of heinous acts you wouldn’t necessarily do in your everyday life but happen in times of war because of the intensity of the experience,” Tabar says.

Holly Arsenault, also a recent SAIC grad, brings “Punch Piece 11,” an oil-based sculptural installation that they will mutilate over the course of their performance on day four. Cat Mahari pulls from Taiji and hip-hop aesthetics and the experience of the African diaspora in the solo mixtape series “Violent/Break: Vol II.” Mahari’s piece includes other performers, a large set and an original soundtrack. Carly Broutman presents a short solo work, “Rotten Tomatoes,” an experiment in the line between self-abuse and perseverance in which she repetitively throws herself forcefully to the ground. New York-based artists Eryka Dellenbach and Nola Sporn Smith join Chicago artist Hanna Elliot in “Make the Brutal Tender,” an exploration of tenderness, aggression feminine brutality and trauma. “Eryka recently did workshops in Chicago by the same name, which I took,” Tabar says. “There was a lot of holding and carrying, feeling the weight of another, tenderness but also the effort in supporting someone else.”

Choreographer Rob Welcher brings “Sword Fights and Other Things to Do with Your Manhood,” a new piece created for the festival, a collaboration with Jeff Hancock and Joseph Hutto, who appeared in Welcher’s recent piece at Links on the AIDS crisis. Welcher’s piece looks at cultural norms of masculinity in the United States and how it affects gay men; how gentle or intimate, as opposed to aggressive, violent touch between men is perceived.

“We’re interested in different people’s experiences and how violence plays a role in their lives,” Tabar says. “Systems of oppression, but also how we can use violence as a tool to counteract these experiences. How we can move beyond violence and advocate for what’s next? We’re not hopeless or helpless; we can rise up, even if we’re just making work and feeling our own bodies in that process.”