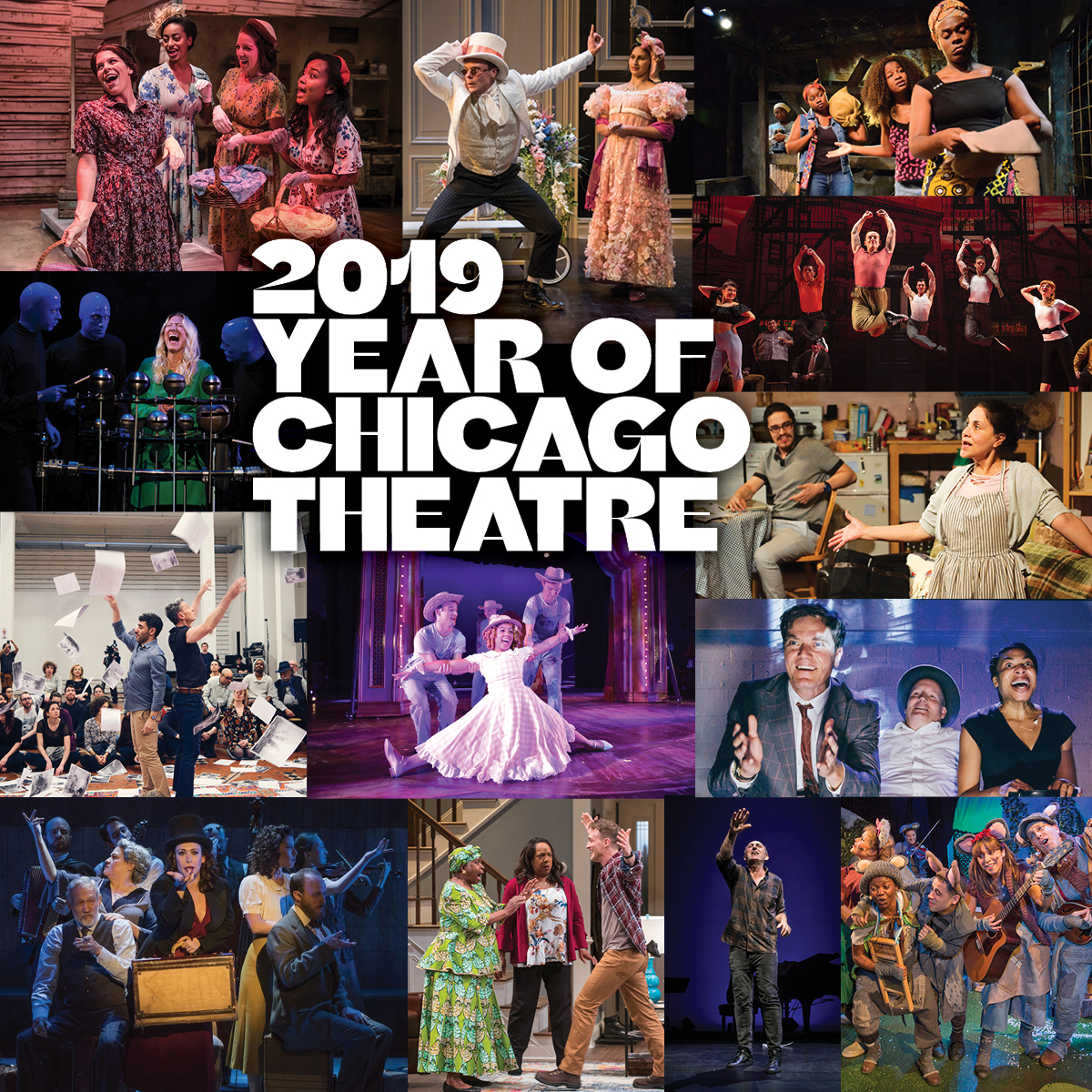 By Amanda Finn and Ben Kaye

“To truly fall in love with Chicago, you must go to our theaters. This is where the city bares its fearless soul.”

Mark Kelly, commissioner of the Department of Cultural Affairs and Special Events (DCASE) said that back in September 2018, when 2019 was officially announced as the Year of Chicago Theatre. This follows two previously successful “Year of” initiatives in Chicago under the leadership of commissioner Kelly: 2017’s Year of Public Art and 2018’s Year of Creative Youth. In partnership with the League of Chicago Theatres and with the help of marketing and advertising agencies including FCB Chicago and Choose Chicago, the Year of Chicago Theatre has an ambitious and noble mission for our fair city: Every single Chicagoan will see a show in 2019.

This is the passionate testament from commissioner Kelly as well as Deb Clapp—executive director of the League of Chicago Theatres—and it’s something that many a Chicago theater-maker would be thrilled to see come to fruition. At its core, the Year of Chicago Theatre is an opportunity for the Chicago theater community to mount the strongest branding campaign in decades. In a city that boasts one of the most vibrant, expansive theater scenes in the country (the League regularly places the total number of Chicago’s theaters at over 200), marketing agency FCB Chicago has crafted the official slogan to carry Chicago’s theater brand from 2019 onwards: “Chicago theatre is the fearless soul of Chicago.”

There are committees at work under the umbrella of this initiative cooking up programming and further opportunities for growth and expansion of the “Chicago theatre brand.” Much of the programming and early marketing initiatives (those which have been announced, at least) will be based in the Loop, with major advertising and promotional appearances popping up at the Chicago Cultural Center, Millennium Park and McCormick Place, including an expanded presence for Hot Tix, the League’s prominent theater discount arm. All of these programs will be in service of infiltrating the theater scene into the local consciousness and letting out-of-towners know that a visit to Chicago isn’t complete without seeing a piece of theater.

Of course, one of the biggest concerns is of the natural hierarchy of Chicago’s theater scenes overshadowing smaller theaters that just don’t have the resources to fit into an initiative like this. Most Chicagoans will have heard of or seen the names Steppenwolf, Goodman, Chicago Shakespeare Theater and Broadway in Chicago. But can we be certain that this initiative will be able to highlight the storefronts and itinerant companies that provide the lifeblood of our cultural landscape?

While still honoring the work of these larger, nationally renowned houses, Kelly remains assured. “If you don’t check out the storefronts, you’re not seeing Chicago theater,” he says. Specific plans are under wraps, but Kelly and Clapp are working to make sure neighborhoods across the city receive ample support to promote their theatrical communities, while also connecting with local businesses to promote theaters in their neighborhood and changing the way we think about arts advocacy on a citywide level.

On the horizon, a big question lingers: Where will we go from here? Both Kelly and Clapp are hopeful that not only will theater attendance improve in the wake of the Year of Chicago Theatre and continue to improve over the next few years, but that the demographics of those attending live theater will shift to better represent our city, especially reaching neighborhoods in the South and West Sides that are rarely included in conversations about arts access.

Storefronts Respond
No one knows, really, what the Year of Chicago Theatre will bring. For the storefronts, it’s business as usual, with the hope that the year will shed light on the work done by Chicago’s vast, one-of-a-kind storefront community.

“Chicago’s storefront is simply incomparable,” says Fin Coe, co-artistic director of The New Colony. “It’s both vibrantly competitive and cooperative, as companies jostle for audiences but have to work together or perish. Neighborhoods have their own theaters that they can be immensely proud of and see themselves reflected in.” For visitors and Chicagoans alike, to truly embrace Chicago theater as “baring its fearless soul” they must acknowledge the storefronts that make up such a wide swath of the theatrical population.

Despite optimism that the year will bring more audiences, there is a widely shared concern that the storefronts won’t see the same degree of impact as larger venues in the city. Coe and fellow The New Colony co-artistic director Stephanie Shum agree that storefront theater as a brand can be a challenging sell to the tourism industry.

For Megan Carney, artistic director of About Face Theatre, any lasting impacts of the year would be found in its ability to create a blueprint of Chicago’s theaters for potential audiences.

“A lasting impact would be to create pathways for more people to attend theater: put theaters on the map, break down barriers to checking out a show, reveal the work behind the scenes,” she explains.

Elise Marie Davis, artistic director of Broken Nose Theatre, hopes that audiences who find their work because of the Year will stick around after 2019 and continue supporting the space. She also hopes that the initiative will reach beyond the large venues.

“When I think of the theater that truly makes Chicago unique, I think of the storefront scene,” says Davis. “We are a mighty group of artists who put our heart and soul and blood and sweat and tears into making theater at our level in exchange for stipends. I really, truly hope that this initiative brings all theater in town to the forefront.”

Davis hopes that the initiative will drive audiences between venues and ignite a love of theater in those who might not have experienced it before.

“Elevate the storefront community to the attention of an audience that might not even know we exist,” she continues. “To further cross-pollinate audiences between the storefronts and larger houses in town, so that someone who might currently only subscribe to the biggest of Equity theaters begins to patronize the smallest of companies. But maybe even more importantly, I want to see entirely new faces in the theater, folks who have never seen a play or musical who, because of this initiative, decided to give it a shot. The theater will survive as an art form if we can continue to convert first-time audience members into regular theatergoers. And, if it is successful, this initiative has the power to reach those people and get them into a seat.”