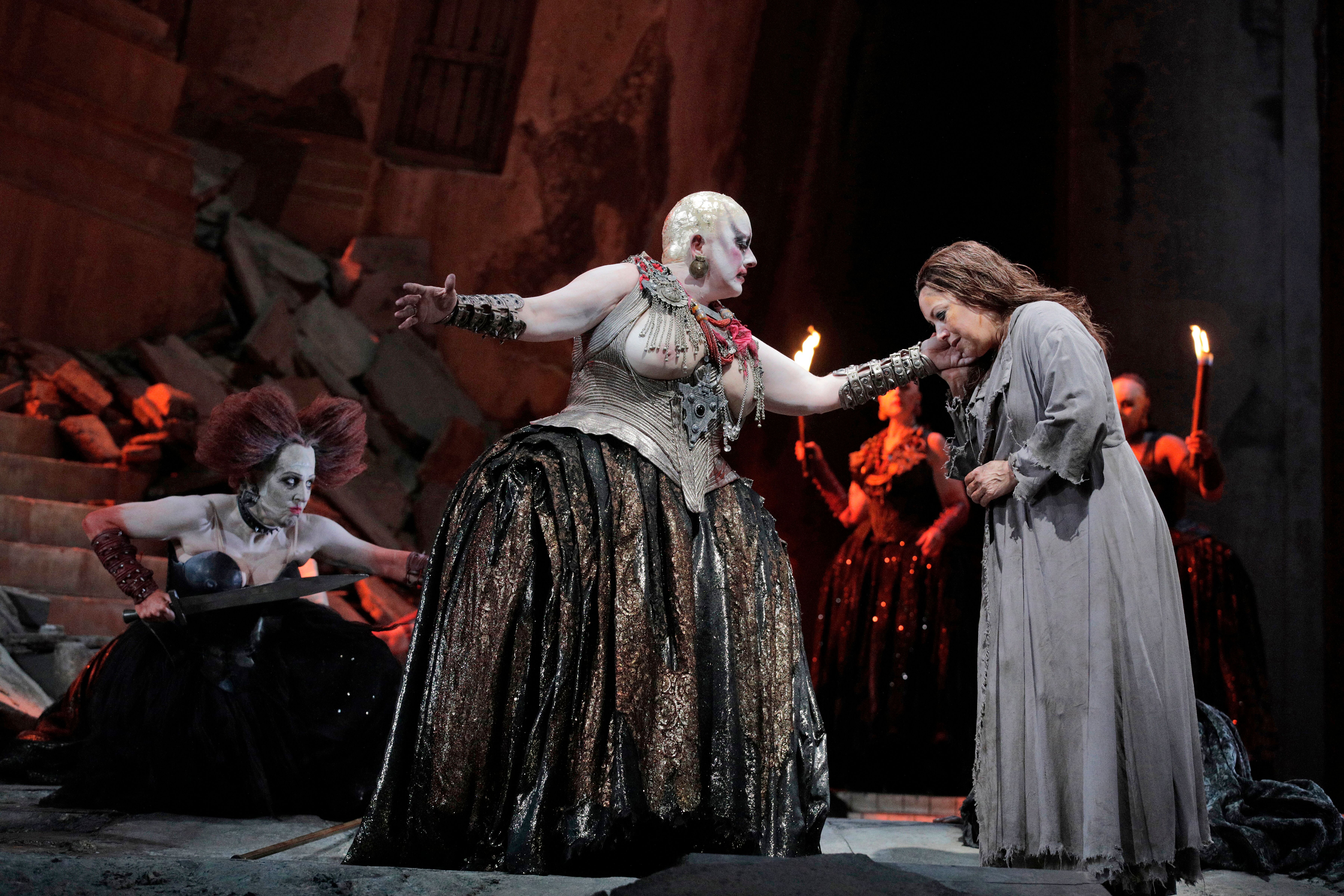 We live in a world where storms of power-lust leave innocent children broken in their wake. Rife with warnings against senseless war and self-assumed supremacy, the works of our earliest, philosophical playwrights offer much as histories and predictions, if we allow ourselves to profit from their study.

In their first alliance as composer and librettist, Richard Strauss and Hugo von Hofmannsthal reexamined the tragedy of the children disenfranchised by the actions of the mythological hero (or is it “anti-hero”?) Agamemnon. The result was the riveting one-act opera “Elektra,” named for a middle daughter who suffers emotional, intellectual and physical fallout over the fragmentation of her family: her mother, Klytämnestra, murdered Elektra’s father for sacrificing his eldest daughter in order to appease the goddess Artemis. This goddess of the hunt—also associated with childbirth—had denied Agamemnon and his Greek army successful passage on their way to “liberate” the stolen, beautiful Helen and take the city of Troy through the artifice of a giant gift horse.

Dialogues allow the heroine (or is it anti-heroine?) Elektra to rage and weep over the death of her father and the displacement of her brother Orest. The opportunity for Elektra to recount her story and rally against, or with the reactions of her scene partners fashions a many-layered character study. Strauss’ music matches this turmoil in the way a movie soundtrack leads us to a subconscious understanding of the journey of larger-than-life characters, while gifting the singers with leaping vocal lines that coalesce with their righteous (or is it unrighteous…) madness.

Sir David McVicar’s turbulent production premiered at Lyric in 2012. Nick Sandys undertakes a recreation of that splendid spectacle as revival director, and under his tutelage it loses none of its stark brutality. John Macfarlane’s sets and costumes are awash in muddy browns and granite grays that cannot be cleansed, with blotches of ruddy blood reds. The action takes place in a courtyard outside the palace, fallen tiles surrounding a long-dried-up pool. The costumes resemble found-fabric remnants. Metals made for war are pressed into service as jewelry and glints of gold flash a suggestion of former grandiosity. Wigmaster and makeup designer Sarah Hatten imagines and then represents women whose hair is either pulled out or sheared off or left in inhuman shapes, reminiscent of designs for shrubbery.

Heading this exemplary cast is soprano Nina Stemme, making her Lyric debut in the title role. She is rarely offstage, and seldom silent. This is no easy sing, particularly when a great singing actress such as Stemme allows herself to walk in the shoes of this madly loving, vengeance-seeking princess-harpy. Stemme is one of the international champions of this treacherous role and never disappointed in the performance I saw, always committed, always vocally attuned to the emotion of the moment.

So was the theatrically resolute and vocally fearless mezzo-soprano Michaela Martens, in the role of Klytämnestra. The complexity of her characterization is magnetic, challenging us to learn the secrets of a woman whose murderous ravings pushed a family further into the chaos her husband created as, childlike, she begs the help of an outcast daughter to heal herself of psychologically torturous dreams.

All the performers acquitted themselves roundly, including the many non-singing actors in the production. These talented and highly trained performers play leading roles in opera, musical theater, and straight theater all over the city, and also nationally and internationally. Their faces, voices, and art are well-recognized throughout Chicago; their craft in multiple artistic forms is highly respected. They burrow into the depths of their characters (often playing more than one) while timing their moments to the score, all in support of the principals. This is no small feat, for they must know sections of the score as well as the principals and be prepared to change costumes, makeup and personage in a flash, without the benefit of an emotional character arc. In this production, it was often difficult to pick out which of the players were the singers, so much of a piece were those listed as “actors,” only two of whom were making their Lyric debuts. Clearly Lyric has a coterie, an unofficial ensemble, of first-rate artists who help to create these many and diverse climes, which is just another reason why Chicago has one of the finest opera companies in the world.

What can this Greek tragedy, powered by Strauss’ compositional shrieking and sobbing, teach us about families, both instant and unknowable? Might it help us to more fully see those who deem themselves citizens shouldering one another to sit at the front of the bus, and what societal underpinnings can disintegrate as a result of such intemperate jostling? Could it afford us the opportunity to discover the backwash of terror that can result when children are merely pawns in a transnational game of greed? We owe it to the children to find out. (Aaron Hunt)