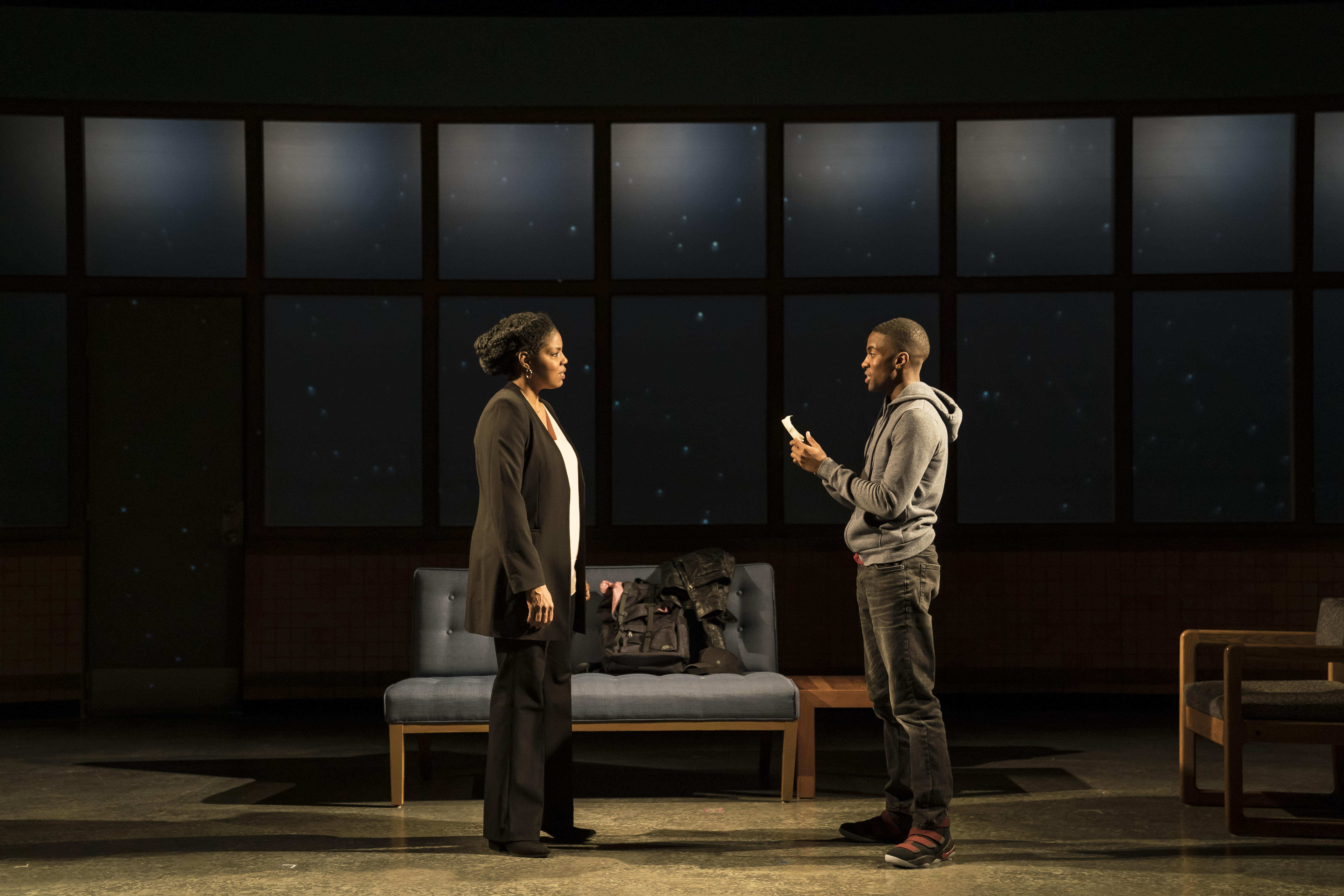 “Well, they own everything. They choke you off the face of the earth. They like God…” he swallowed, closed his eyes and sighed. “They don’t even let you feel what you want to feel. They after you so hot and hard you can only feel what they doing to you. They kill you before you die.”
— “Native Son”

It was Richard Wright’s 1940 novel that provoked Omari’s outburst in class one day. More specifically, it was the singling out he felt by his teacher that lead to his pushing back, literally. The novel about Bigger Thomas and the overarching concept of systemic racism is a focal point of Dominique Morisseau’s “Pipeline.” It’s an apt connection in a play that focuses on the school-to-prison pipeline, which disproportionately affects communities of color.

Morisseau is a force to be reckoned with. Weaving modern concerns of viral videos and school correctional officers with Wright’s novel as well as “We Real Cool,” a 1959 poem by Gwendolyn Brooks, “Pipeline” is a true-to-life allegory too often met by too much silence. Or too much force. Or too little understanding. And nearly always with too much finger-pointing, too little empathy and too much denial.

Public school teacher Nya (Tyla Abercrumbie) sends her son Omari (Matthew Elam) out of their neighborhood to a private boarding school. Her hope is that the “better school” will offer Omari opportunities that he might not otherwise have. The pricey school, with more resources, supposedly protects the young black man from the pipeline his mother is all too afraid will pull him in. That plan goes awry after a classroom incident, caught on tape, places Omari on the brink of suspension and possible criminal charges.

Andrew Boyce’s sterile yet versatile scenic design is the ideal backdrop for this stark look at the reality of the educational system. Sparsely inhabited by a few chairs, a couch and, at times, a desk, there is little comfort in either the public or private school settings. Paired with Liviu Pasare’s galvanizing projections, “Pipeline” is quite the lesson in educational equity and the lack thereof.

Elam’s Omari oozes sincerity. From the start, he is determined to speak his truth. When the moment arrives for him to come apart, it is undeniably powerful. The same can be said for Abercrumbie, whose determination to do what’s right by her character’s son is palpable. She is present, firm in her devotion and unequivocally everything that Nya must be to overcome.

The rest of the casting is also spot on. From Ronald L. Conner’s charming school security officer and Janet Ulrich Brooks’ no-nonsense seen-it-all teacher to Aurora Real de Asua’s dynamic Jasmine and Mark Spates Smith’s commanding Xavier, there is no stopping the energy on stage.

There is no doubt that America’s educational system has a race problem. There is also no doubt that it will continue to have a race problem until the country at large takes a long, hard look at itself. We can hope that through the arts that the country can shift and find equity. Evermore will we be grateful for Morisseau and companies like Victory Gardens that dare to speak truth to power. (Amanda Finn)