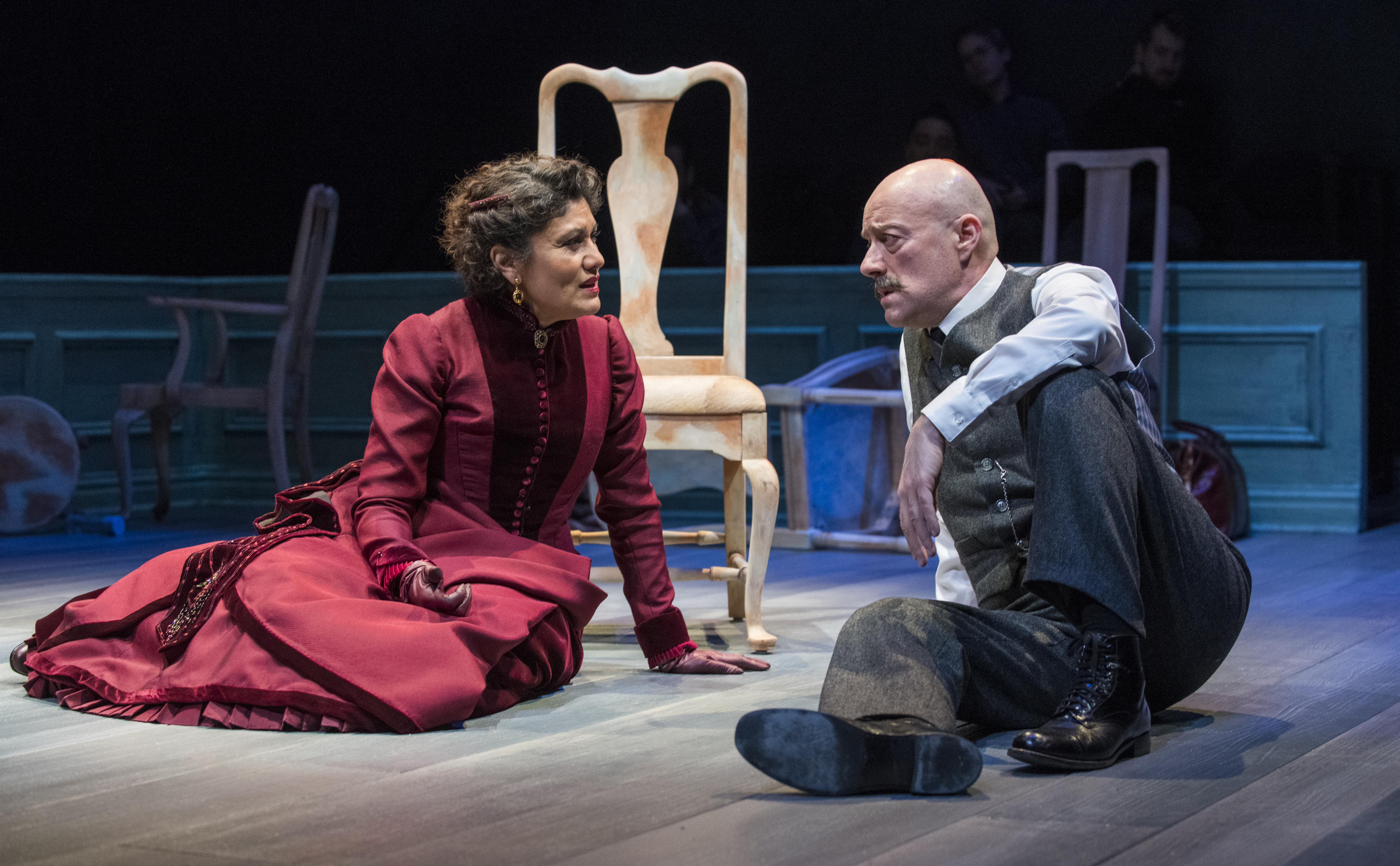 First things first: No, you do not have to have seen or read Henrik Ibsen’s “A Doll’s House” to understand or appreciate the theatrical mastery of “A Doll’s House, Part 2,” Lucas Hnath’s experimental sequel at Steppenwolf Theatre Company, 140 years after the original.

I’m using “experimental” more in the scientific sense—the play is far from experimental in the theatrical sense, Hnath revels in the grand tradition of actors wandering around a single room throwing their feelings at each other—referring to Hnath’s tendency to use his plays as a means of bringing a hypothesis to its logical end. Hnath’s chameleonic catalogue of plays spans many modes of topic and presentation though they seem to always work best through posing a grand question, with Hnath’s characters and worlds as laboratories in which to test his theories.

In “A Doll’s House, Part 2,” Hnath is looking to question the institution of marriage as a whole. Can anyone live a fulfilled, happy life romantically attached to just one person? Heck, that doesn’t seem to be the case for Nora (Sandra Marquez, fully owning the stage for ninety minutes), who left her family fifteen years ago, fleeing a stifling marriage where she felt truly trapped and alone. Nora’s departure at the end of Ibsen’s classic has led to numerous debates and discussion amongst scholars for decades, many questioning the implications of her exit.

Many of these arguments are brought to full-throttled life through the words of Nora’s nanny, Anne Marie (Barbara E. Robertson, fiery and foul-mouthed), Nora’s husband, Torvald (Yasen Peyankov, hilariously feeble, until he isn’t), and Nora’s long-estranged daughter, Emmy (Celeste Cooper, a layered and secretive performance). Emmy’s arguments hit us the hardest, questioning how Nora’s decision affected the lives of her children who were left behind picking up the pieces of a tarnished marriage.

Did I mention this play is hilarious? Because, intellectual treatise aside, my goodness, is this play a laugh riot. The simple gesture of adjusting a chair or an expertly placed “shit” in a conversation are enough to make the audience cry from laughter before crying from sheer emotional devastation near the play’s end.

Any director looking for a theatrical masterclass is in good hands watching director Robin Witt’s work here: moments of stillness, moments of chaos, the subtle spatial relationships between characters throughout, each actor’s unique sense of physicality. It cannot be understated how specific and detailed Witt’s production is, and it works wonders.

Hnath’s play is still an oddity, presenting arguments against nineteenth-century gender politics within the anachronistic realm of twenty-first-century language and presentation (an end table holding a quartet of Voss water bottles and a box of Puffs tissues carries a remarkably strange sense of cognitive dissonance). Nora dreams of escaping a world that oppresses and disadvantages women. She dreams of a fair and just world for women to not only be brought to fruition but that she can live in as well. One can only wonder what Nora would say of our world today. The door remains shut on that discussion, for now. (Ben Kaye)