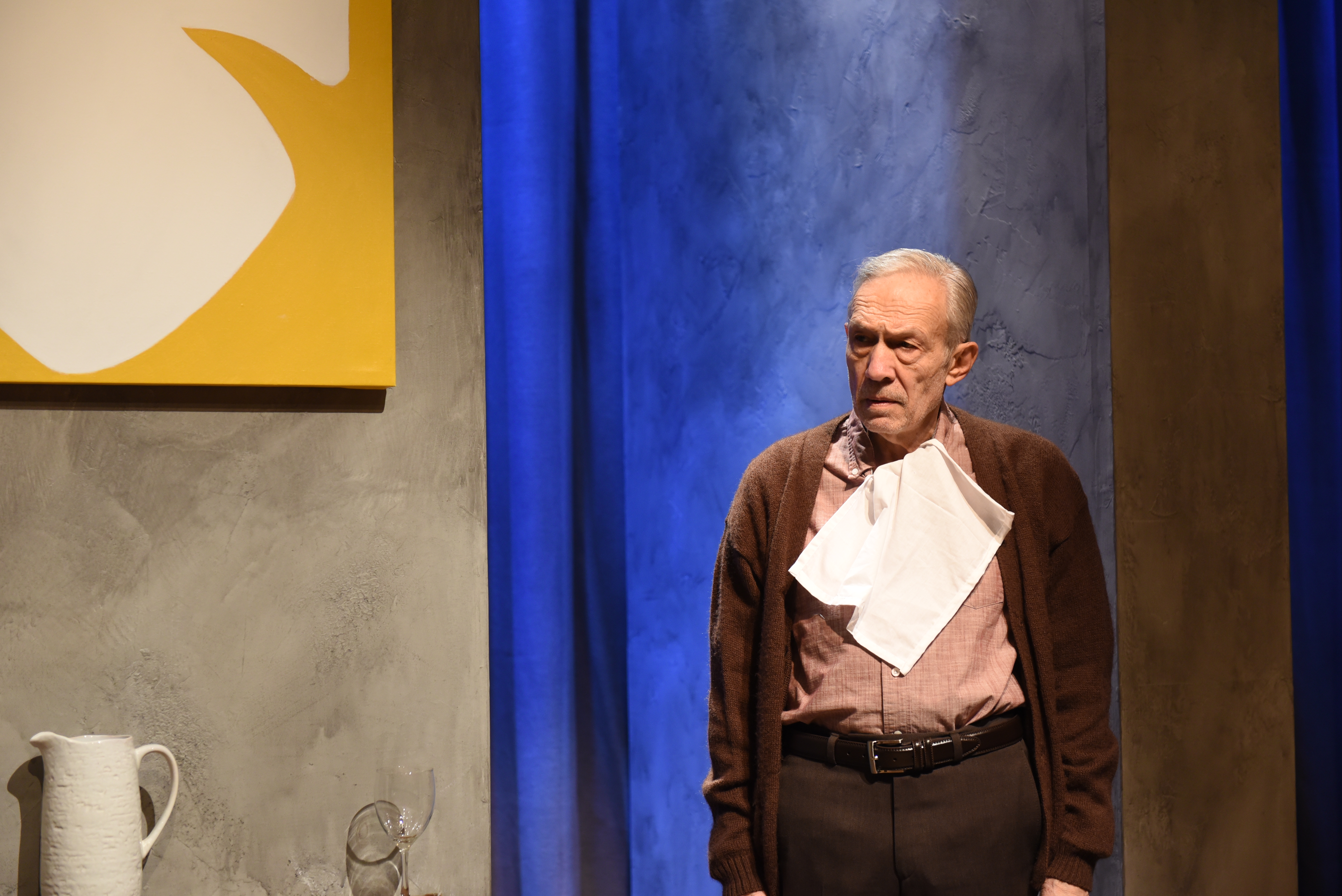 She begged us to take her home or, at least, to our home. “You don’t know shit.” He cried while holding my hand, telling me how hard it would be to leave. She wasn’t always sure what my name was. She told me not to let men belittle me or make me feel less welcome. He laughed that breathy, hearty laugh we loved. She just wanted to see her baby. She only wanted to eat ice cream. He wanted one more cookout with chicken and his favorite beer. She watched the birds and squirrels. “My family is my story.”

“The Father,” a 2012 French play by Florian Zeller translated by Christopher Hampton, is not about my family. Or the families of the people I took care of when I was an in-home aide or worked in an eldercare facility. In fact, it isn’t about any one person: it’s about all of them.

Dementia and Alzheimer’s may not affect everyone, but aging does. In the last seven years, I’ve lost all three of my living grandparents. I knew “The Father” would speak to me on a much different level than anything I’d ever seen. In many ways, I’ve lived through these situations time and time again with different sets of people. The resentment, resilience, laughter and pain. It’s tender and real.

The interplay between André (David Darlow) and his daughter Anne (Linda Gillum) is everything from heartwarming to devastating. André is charming as he taps around the living room, but moments later he is spitting venom at Anne. Gillum holds her own against Darlow’s powerful father figure while home aide Laura (Alys Dickerson) tries her best to defuse situations. These situations get more and more tricky because André is living with dementia and things aren’t making sense.

Things aren’t making too much sense for the audience either. We are tuned into the world from André’s perspective. Things are disappearing and moving around, in some cases literally, and the world is not what he remembers it to be. For ninety minutes, I was riveted in a way I’ve never been before.

Until last night, theater had always been an experience of living in a snapshot of someone else’s life for a few brief hours. But “The Father” was like experiencing scenes from my own life all over again. Those scenes weren’t with my parents, although my parents were there, but that didn’t halt the emotional significance of the show. When I ran into Remy Bumppo artistic assistant Ian Frank before the show I told him I hadn’t worn mascara because I was worried I would cry, although I never cry in the theater. I did cry for almost the entire show. Not the body-wracking kind of tears but the silent kind. The ones that well up and stay in your eyes until slowly slipping down your cheek making you look through a billowing lens out to the world around you.

Through that lens, I witnessed Darlow wrestling the difficulties no one ever wants to see their loved ones go through, although, at some point, we all encounter it in one way or another. He succinctly plays every person I have ever loved and lost. There is a stark humanity in Darlow’s portrayal of André that is all too familiar while also being impossible to fully articulate. It’s the same way that Yu Shibagaki’s scenic design is at once sleek and modern as well as confining.

“The Father” is a pocket-sized lesson in empathy. It is an exploration of what it means to truly love another human being, to be a dutiful family member or to bestow care unto someone who might not remember you in the next day or even the next hour. It is an almost unbearably poignant look into a vintage photograph or a family home video. You may hesitate, as I did, to walk into the theater at all, afraid to relive those hard moments. Rest assured this show, in all its sincerity, will not leave you, just as those you love never truly leave.