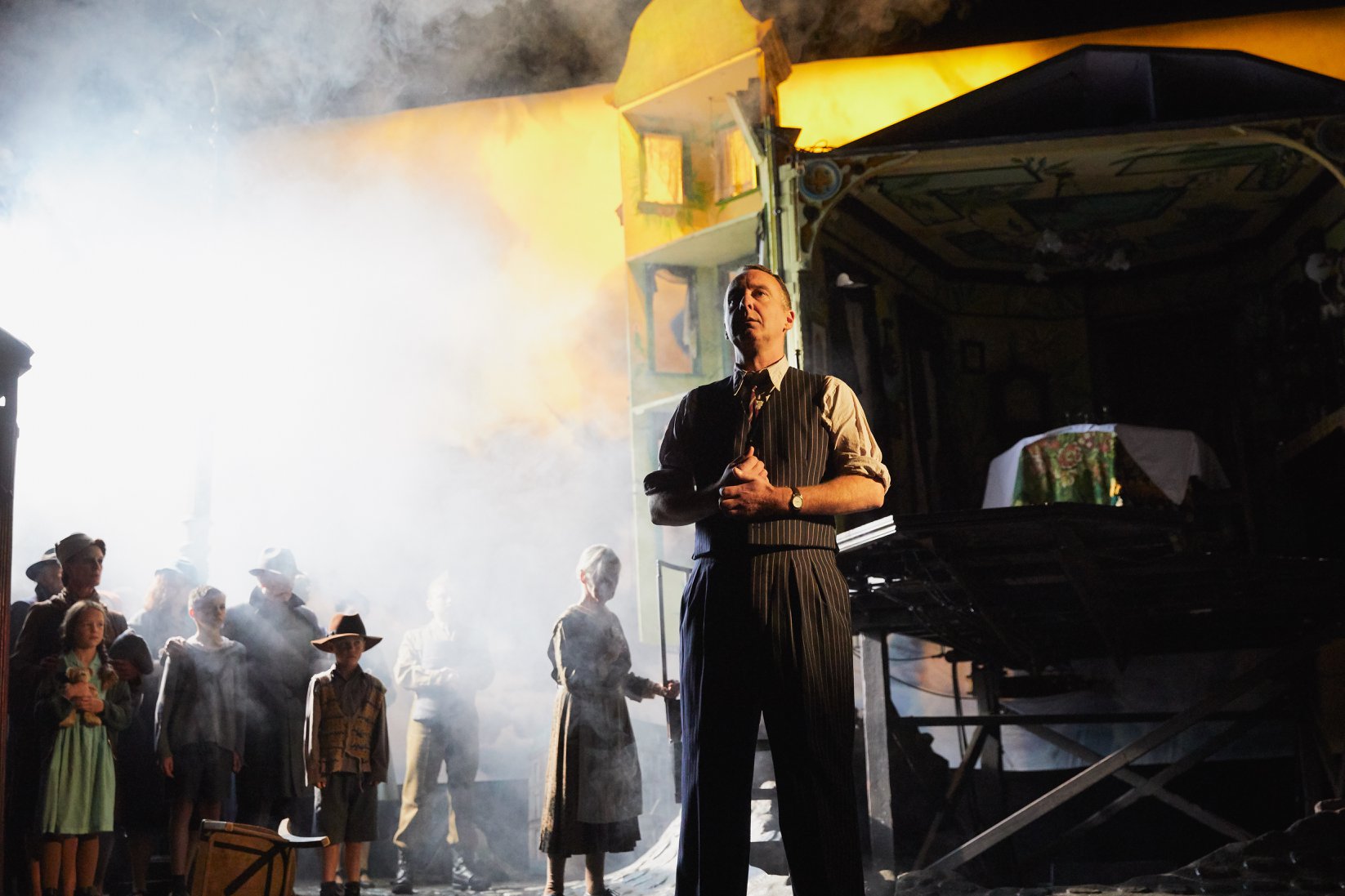 As much as we gripe about the “lack of originality” in contemporary cinema, with little but franchise films, sequels and remakes flying at us, Hollywood’s got nothing on the American theater, where reinvention and revival are the bread-and-butter of the industry. In Chicago, we can’t go without seeing a handful of “Hamlet”s, a fistful of “Frankenstein”s, or a whale’s worth of “Moby Dick”s scattered throughout any given theatrical season. And then there’s the Theatrical Exhibit: an entire production encased and embalmed, to be put on display for decades to come, its concept and design completely intact.

Case in point: The National Theatre of Great Britain’s “An Inspector Calls,” JB Priestley’s 1945 drawing room drama, as directed by Stephen Daldry. Daldry’s production dates back to a 1992 staging with a Broadway transfer in 1994 with repeated touring productions in Great Britain across the last two decades. (Scientists have yet to discover time travel, but Theatrical Exhibits might be the closest we’ve gotten.) The plot of “Inspector” remains the same as it did in the forties: Inspector Goole shows up at the doorstep of the wealthy Birling household with news of a young woman’s mysterious suicide and clues to who may have been responsible for her poor demise. Tensions flare, secrets are revealed and much alcohol is consumed by night’s end.

The appeal of Daldry’s production is easy to see, especially through the perspective of a 1990s theatergoing audience. A thirtysomething director takes a Brechtian sledgehammer to a melodramatic living-room drama, making the subtext of the piece literal and destructive and concrete. The production concept, the Birling’s 1912 home literally bursting through the stone pavement of post-WW II England, remains unchanged and as remarkable as I’m sure it was two decades ago. Symbolism—in performance and design—reigns supreme in this production, to the point where I was half-expecting Liam Brennan’s Inspector Goole to turn to the audience and yell out “Do you get it?”

Yet part of me was grateful to catch Daldry’s production, especially in Chicago, where our top Equity houses tend to spend too much time in the world of literalism and could use a good dose of symbolic design to shake things up. Much has been written about the Chicago theater aesthetic and the ongoing quest to escape from the “Men Yelling At Each Other” glory days that put our city’s theater scene on the map. But what if the productions that Chicago Shakespeare Theater produced (not including foreign imports) looked more like Daldry’s “Inspector”? What if they worked to provide our audiences and our fellow artists with a new sense of visual literacy and new tools of how to watch a play, and how to challenge the traditional aesthetic of a piece of theater?

At the end of the day, this “Inspector” is best treated like any other exhibit you’d find at a museum: a quick glance, an introspective “hmm,” and on we go, with so much else to see. (Ben Kaye)