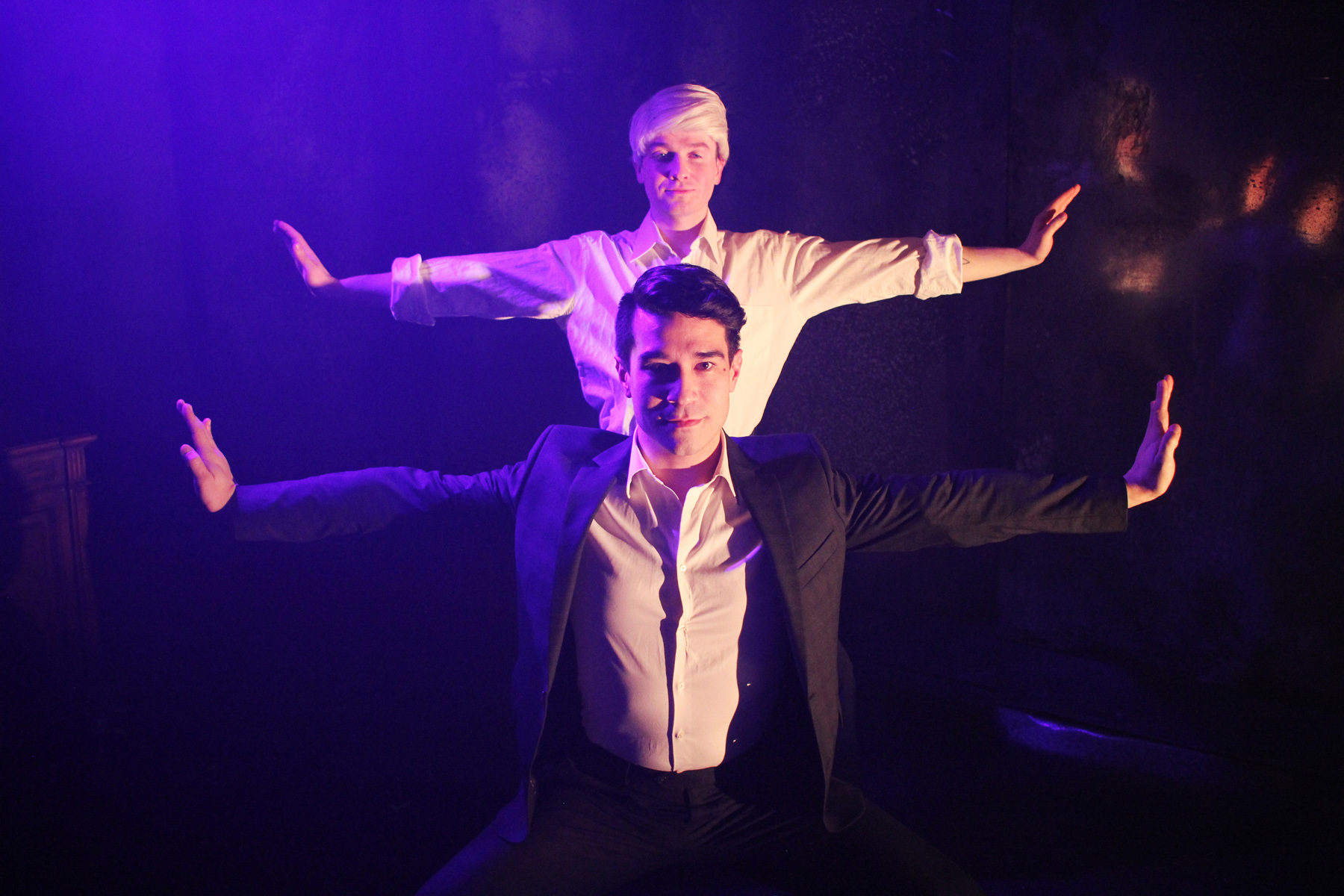 Scott Shimizu, Collin Quinn Rice/Photo: Who Is She

There must be a joke here somewhere. Maybe it goes a little something like this: have you heard about the three-hander starring Mike Pence? This isn’t that joke, although it is a three-hander featuring Mike Pence. Sort of. A Mike Pence-like figure at least. Needless to say, a play called “Mike Pence Sex Dream” with promo images of three shirtless men is not something the Vice President would openly like. Probably. But one can dream, right?

Dan Giles’ new play is an unholy mashup of “The Handmaid’s Tale,” the porcine politicos of “Animal Farm” and end-of-days fashion as if styled by a blinged-out King George III. There is a lot going on in ninety minutes. But as Ben (Collin Quinn Rice) rightly points out, “Have you ever seen things change this quickly?”

Newlyweds Gary (Scott Shimizu) and Ben (Rice) are living in a Trumpian world. Gary climbs the corporate advertising ladder by appealing to a less-than-ethical bacon company while Ben actively fights for a better world. When Gary finds himself fascinated by the inscrutable bacon exec Tom (Gage Wallace), he accepts the violence of the meat industry for the sake of a safe financial future.

Flanked by reflective, murky paneling, audiences are greeted with a club atmosphere. Between Claire Chrzan’s boldly rhythmic lighting design and Eric Backus’ sound and compositions, it’s easy to get lost. It’s only when William Boles’ compartmentalized set evolves that we remember things aren’t always as they seem. We tuck things away we don’t like to remember, the current national administration notwithstanding.

First Floor Theater is not playing around with the cast for a world premiere. Between Rice, Shimizu and Wallace, they are well-equipped. Nothing says “laugh at your own demise” like Wallace’s Nick Offerman-style deadpan. Especially when he calls out the arts community for fetishizing failure. And if you’ve ever wondered whether Mike Pence could slay on the dance floor, check out Rice’s moves, courtesy of choreographer Breon Arzell. Also, a general round of applause to Shimizu for taking one for the team for the sake of comedy and also for waking audiences the hell up.

What is missing from this play is the meat of the subject matter. Giles has packed so many thoughtful lines into this juicy one-act play, and yet so much gets lost. “Mike Pence Sex Dream” is quick with laughs and even quicker with gut punches. There is so much to the story of Ben, Gary and Tom that could be further unpacked for a more satisfactory climax (all puns intended).

We find ourselves in dark yet sometimes laughable times. Lines like “squeal your rage” or “People don’t love kindness, they love eating” shouldn’t get away. We are ready for the message. We’re ready for the laughter, in spite of itself. For the sake of us all, this play should embrace that Orwellian side. (Amanda Finn)