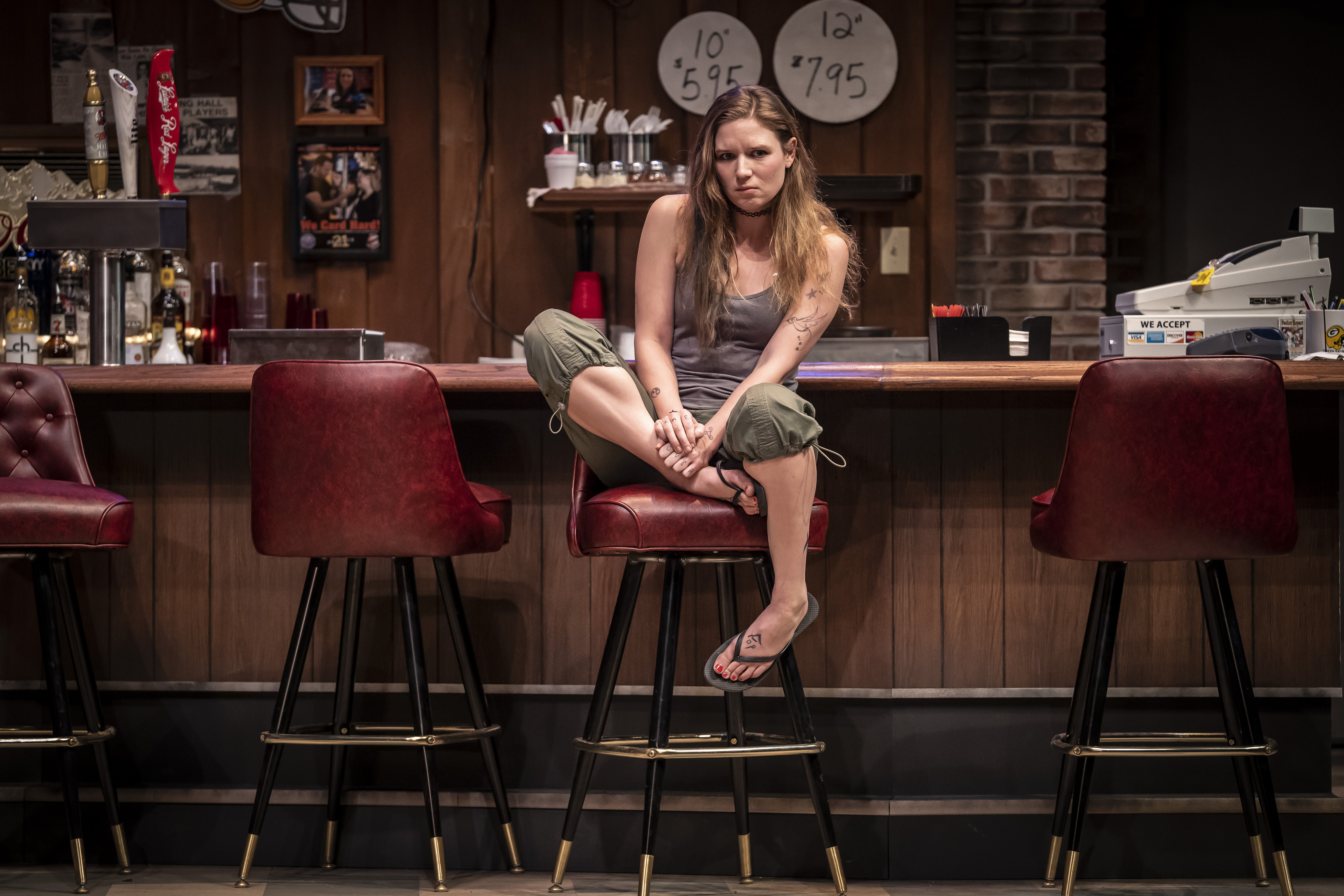 A charming love letter to the Midwest, “Twilight Bowl” at the Goodman Theatre is an intimate look at a group of women and their struggle to rise above their modest circumstances. Heather Chrisler delivers a powerfully layered performance as Jaycee, the town screw-up who never had a chance at success. The play opens the night before she prepares to serve a prison sentence, as she reckons with her poor choices, the poor choices that were decided for her before she was born, and a bleak future where she will no longer be allowed the luxury of any kind of choice.

The strength of Rebecca Gilman’s play lies in showing the gap between lower-middle and upper-lower class tiers. She portrays a world where most everyone has a roof over their heads and food in their bellies but where the heights of ambition are limited to a community college education, a restaurant job and marriage. Even those modest achievements are constantly stalked and threatened by the cruel specter of domestic abuse, drugs, crime and incarceration. To survive is to successfully walk a tightrope of near perfection, recognizing that one mistake may result in a long slide to the bottom. Gilman writes these characters with dignity, through the eyes of those who have not only survived but flourished. Most people outside these circumstances would not recognize these modest existences as success stories at all.

As Sam, Becca Savoy embodies the contradictions of life in a dead-end town, the one who escapes on a college scholarship. “People will treat you different if you make it,” she says. To fail and go to prison like her cousin Jaycee is unacceptable, yet to succeed is to reject her roots. Some of that rejection comes from the home in which she no longer fits, having adopted new class signifiers while away at school. And some comes from within as she angrily pushes away her identity, propelled by the terrible fear of being trapped without hope of escape. Angela Morris briefly punctures the bubble as a visiting class outsider. She experiences the same young-adult struggles with school and relationships, yet her life on the other side of the financial divide might as well be a million miles away from Sam. Class is inescapable in many ways, and no amount of education, money or friendship can grant one access from one tier to the next.

Anne E. Thompson is comically captivating as Sharlene, the zealously religious and saccharine-sweet sort of person whose suspiciously numerous good deeds are quickly overshadowed by her bitter wrath and vicious contempt for those who stray too far off the righteous path. Mary Taylor is quietly heartbreaking as Brielle, a woman of whom little has been expected. She has therefore come to expect little from herself, despite great potential for success. Ironically, her lack of ambition reaps the not insignificant reward of being satisfied with one’s lot in life.

“Twilight Bowl” is a beautiful slice of life that resonates achingly with anyone who has relocated to a big city from a modest town and never looked back. Director Erica Weiss has painted a touching portrait of those whom are often looked down upon yet rarely seen, imbuing them with humanity, strength and hope. (Sheri Flanders)