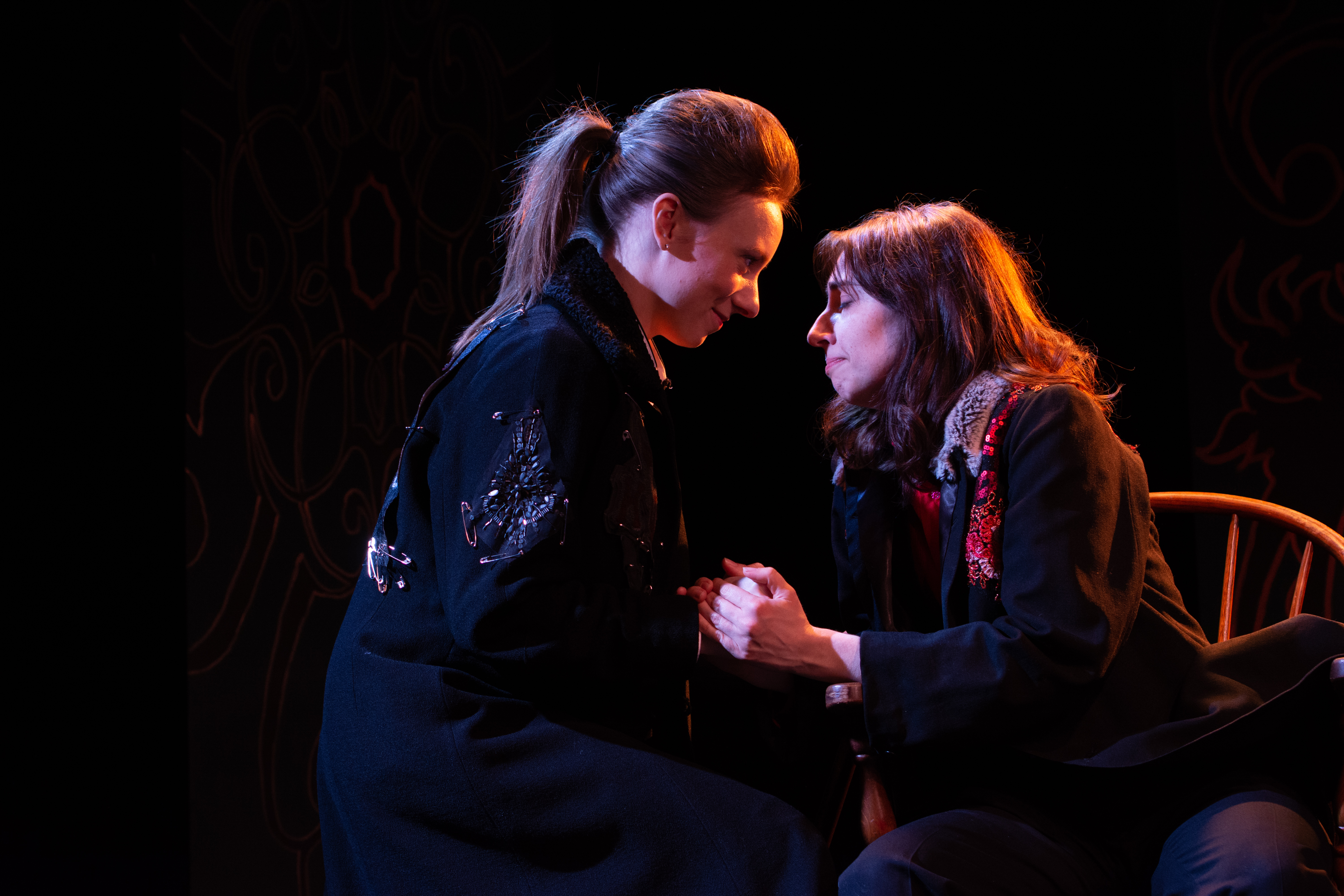 Moisés Kaufman’s 1997 documentary theater creation “Gross Indecency” is the ideal ode to Oscar Wilde, a man who once said he “cannot be apart from art.” Nor should he be. Through careful weaving, Kaufman blended newspaper clips, books by or about Wilde and court documents to create a testimony of the trials condemning Wilde’s homosexuality, which ultimately became his downfall. “Gross Indecency” is an overwhelmingly dense two-and-a-half hours of facts, quotes and infuriating turncoats. It is, in so many ways, the figurative middle finger to the society that Wilde admonished in his work, the same society that stripped him of his dignity.

Take all of that, dress it up in a hodgepodge of punk-inspired attire, and you’ve got yourself an interesting night of theater. Director Brian Pastor beautifully pairs Wilde’s “Aesthetes” with the convention-breaking elements of punk counterculture. I couldn’t help but laugh when, as I found my seat, Joan Jett’s “Bad Reputation” piped into the theater. Wilde would probably want it this way.

At first glance, it appears that Wilde’s lawyer, Sir Edward Clarke (Kevin Sheehan), has a pair of angel wings affixed to his leather jacket, which would have been fitting since Clarke is trying to save Wilde. But it is a giant “W,” formed by a series of safety pins. Many of the characters are pinned or otherwise marked with their own names or a signifier of their support of Wilde. Uriel Gomez’s costume designs are an aesthetic of their own. A blend of modern rock with elements of Victorian style and steampunk, Gomez’s costumes heighten the drama. You might not immediately draw a connection between Wilde and punk culture, but it doesn’t take long for it to make perfect sense.

Aesthetics aside, you can hardly acknowledge a play devoted to Wilde without discussing Wilde’s stage persona. Jamie Bragg, remounting her role from Promethean’s 2016 production, could easily be mistaken for a sibling of Wilde. Standing stock still, cane in hand or sitting legs askew with a slight head tilt and thoughtful expression, Bragg is eerily Wildean. Her wit and snark make her a delight to behold, although some of her personality is lost at times. In moments when she is seated center stage, the pose takes some humanity out of her performance. It is in the posing that a sense of genuine emotion is lost. Those moments aside, Bragg is the very model of our poetic playwright.

Several other cast members reprise their 2016 roles as well, including Cameron Feagin as Edward Carson and Narrator 5, Heather Kae Smith as Lord Alfred Douglas, and Sheehan as Clarke and others. As Wilde’s young love Douglas, Smith is a steadfast partner to Bragg. The duo are often seen mimicking one another’s motions, epitomizing the historic pair’s devotion to one another. As George Bernard Shaw (among others), Brendan Hutt refuses to let a fellow Irishman (and dear friend) go down without a fight.

There is quite a bit of gender swapping in Promethean’s production. From the namesake character and even Queen Victoria herself, there is no safety in “historical accuracy.” And at the end of the day, it doesn’t matter. If someone can don Wilde’s inscrutable stare and deliver his searing wit in all its power then let them take up the reigns. And if they can’t, just hire Bragg. (Amanda Finn)