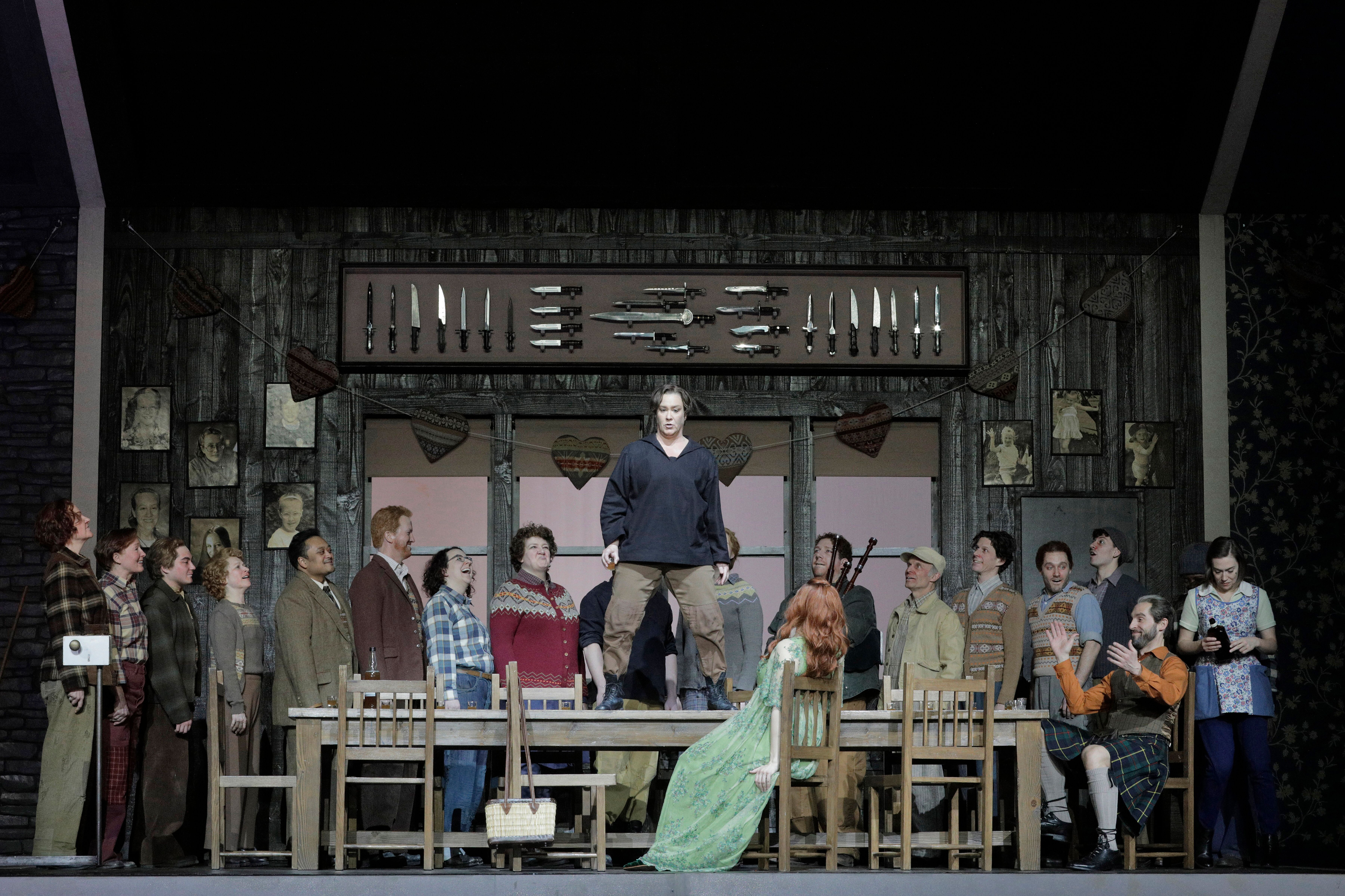 The cast of “Ariodante” at Lyric Opera of Chicago/Photo: Cory Weaver

If you’re on the hunt for a treasure box of coruscating melodies, look toward Handel’s opera “Ariodante,” lost to history for nearly two centuries after its 1735 premiere at Covent Garden, revived in 1926 in Stuttgart, and making its Lyric Opera debut in a production created in partnership with the Festival d’Aix-en-Provence, the Dutch National Opera and the Canadian Opera Company.

Constructed almost entirely of arias, “Ariodante” is the musical equivalent of gazing at a chandelier: a pageant of voices, each given many, many minutes to dazzle in coloratura passages that protract a story of moderate complexity into nearly four hours of cut-glass baubles. It is also perhaps the only opera in which the heroine is roofied, but her maid gets assaulted.

Based on sections of Ariosto’s “Orlando Furioso,” “Ariodante” tells a story of love thwarted when the evil Polinesso interferes the night before the princess Ginevra is to wed her beloved Ariodante. With the help of her maid Dalinda, who, for no reason whatsoever, is besotted with him, Polinesso manages to slip Ginevra a soporific and sham a sordid affair with her (really Dalinda in disguise), driving the gullible Ariodante to break the engagement and attempt suicide rather than actually talk to his fiancée. Uproar ensues in Scotland, where dueling for justice seems de rigueur.

This production, originally directed by Richard Jones and revived by Benjamin Davis, addresses the misogyny of the plot head-on. Polinesso is a tattooed brute flitting around in priest’s robes, a contradiction matched by Iestyn Davies’ menacing swagger and unsettling countertenor. The ballets in the score are replaced by strikingly lifelike puppets handled by a silent chorus of sweater-clad citizens, which represent the motifs of the populist imagination—accelerating the course of romance from pre-bedtime toothbrush to an eruption of toddlers with the flick of a plaid hanky; transforming an innocent bride to a pole-dancing prostitute—emphasizing the reduction of the individual to a mere instrument of the patriarchy.

Ginevra, winningly portrayed by Brenda Rae, takes her fate into her own hands in a silent reinterpretation of the ending. The singing is superb throughout, especially the lustrous soprano of Heidi Stober as Dalinda. (Irene Hsiao)