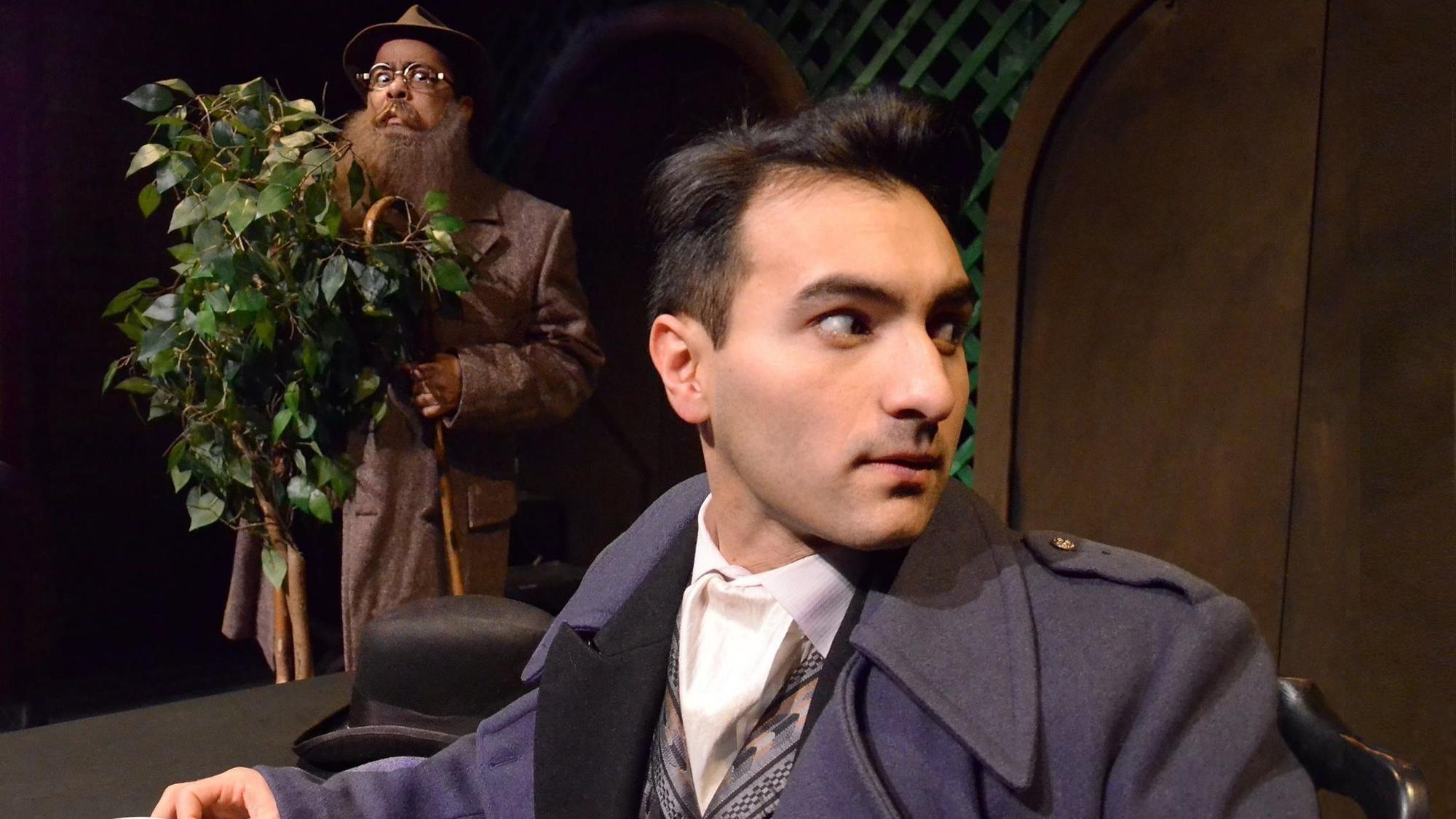 G. K. Chesterton’s 1908 novel “The Man Who Was Thursday” is subtitled “A Nightmare,” hinting at its strangeness. Bilal Dardai’s dramatic adaptation comes off less as a nightmare than one of those blurry, garbled morning dreams that fades rapidly from memory, leaving only a residue of disconnected images.

Dardai and director Jess Hutchinson, who first staged “Thursday” a decade ago at New Leaf Theatre, show quixotic ambition in taking on this nearly forgotten tale of European anarchists at the turn of the twentieth century. A forerunner of surrealism and absurdism, the book features an inscrutable and unresolved plot, cartoonish characters and a refusal to take novelistic conventions seriously. Constructed around ideas rather than human beings, it is singularly unsuited to the stage.

Chesterton, best known now as creator of the Father Brown detective stories, was a writer of wit and style who used popular genres to propagate his conservative Catholic views. Little of that wit made the transition to the Lifeline production. Instead, the flavor is dogmatic moralism, archly expressed, as caricatures of Order and Chaos argue about abstractions, with none of the texture of real life. The boredom is interspersed with overdone chase scenes that reveal how slack and inert everything else is. The play’s two hours and twenty minutes of rambling dialogue and high-toned nonsense would be more bearable if the narrative contained some nugget of insight. But in the end it’s a metaphysical shaggy-dog story that runs in circles.

While Chesterton was widely admired in his time, his century-old ideas about anarchism are about as complex and enlightening as those of the John Birch Society on the world Communist conspiracy. He’s ideologically committed to seeing these people purely as dynamite-lobbing bogeymen and buffoons who love destruction for its own sake. Chesterton’s pre-World War I brand of Victorian orthodoxy died in the trenches and those creaky views are now best played for laughs.

But this production has a certain reverence, or maybe just a lack of critical engagement, underneath the whimsical touches. These include Gallic accents so (intentionally) outrageous it’s surprising the French consulate doesn’t dynamite the place, and a casting strategy that isn’t so much gender-playful as gender-baffling. Of the seven apparent anarchists in the central committee, whose code names are the days of the week (hence the title), one is a woman playing a woman, two are women apparently playing men, and a fourth is a woman playing a woman playing a man. Another performer alternates between male and female parts, raising the annoyingly unanswerable question, in a play about concealed identities, as to whether one or both of the roles is a disguise. It’s as though the piously Christian Chesterton were being mashed up with the pagan Oscar Wilde at his campiest. Everything ends up clashing with everything else in a production that cannot be accused of over-thinking.

The actors do their best with the stilted, often plain silly dialogue, performing at a heightened level of pep and volume that suggests desperation. Eduardo Xavier Curley-Carrillo is one of two positive takeaways here, magically imparting charm and grace to the know-it-all role of Gabriel Syme, a Scotland Yard agent who has infiltrated the terrorist cabal. And Christopher Kriz’s subtly atmospheric sound design and original music are excellent, producing the only tension and suspense in this flat, static show. (Hugh Iglarsh)