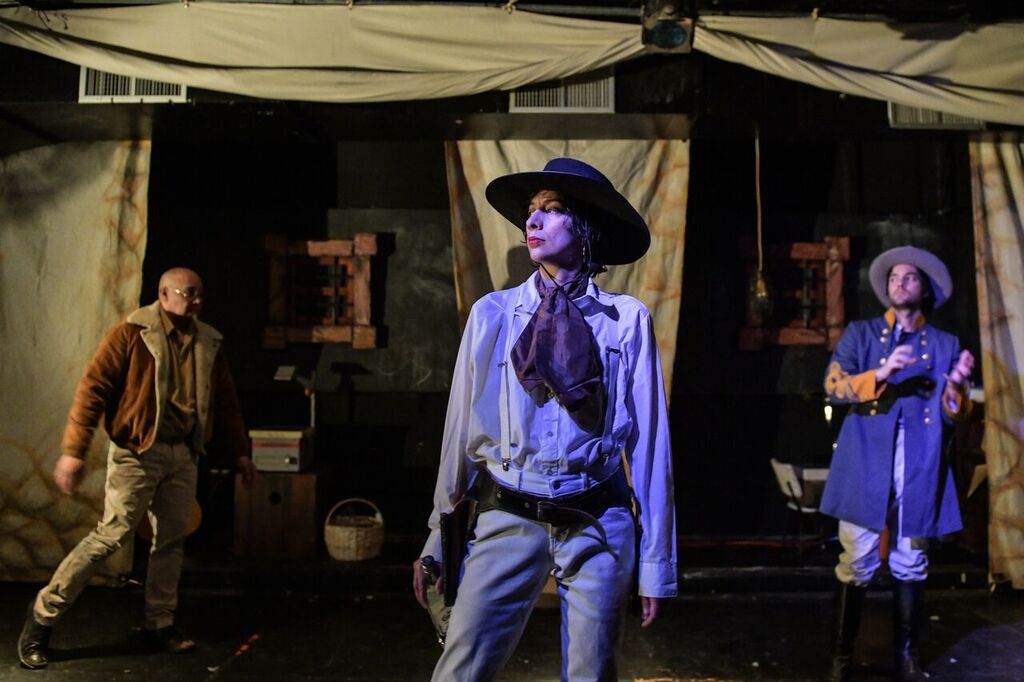 It sure will be hard to forget “Remember the Alamo,” a world premiere presented by The Neo-Futurists, written by and starring Nick Hart. Coming in at nearly two hours, this production employs everything from artsy shadow confessionals to goofy disco numbers and impromptu beer toasts with the audience. Although highly inventive, the sum amounts to a half-baked meditation on racial identity. Nearly everything in this production feels underdeveloped, which is a shame, given the cultural relevance of its source material.

Playing himself, Hart is a man with a transitional childhood and a still emerging Mexican-Caucasian cultural identity. For reasons never made clear, Nick has decided to recreate the Battle of the Alamo. He takes the role of the Alamo’s commanding officer, William B. Travis. Joining him on stage are Brenda Arellano, Steven Edward Mosqueda, Nancy Casas and Hal Baum who also play variations of themselves as well as General Santa Anna, Davy Crockett, James Bowie and Phil Collins. Yes, Phil Collins, the guy from Genesis. Collins has a huge obsession with the Alamo, to the point that he has millions of dollars’ worth of artifacts related to the battle. According to this play, Collins also spends quite a lot of time wishing he was someone else.

The production works best when the Alamo is treated as historical fact rather than metaphor. This is likely due to the mid-nineteenth century being even more bloody and eccentric than the current one. Case in point: James Bowie, who not only earned fame for his knife work, but almost managed to drink himself to death while under siege at the Alamo. Other highlights include the silly and genuinely funny cast-audience interactions such as an extended bit involving people being led out of the theater to their fake death. Several extended monologues dealing with race and identify are also touching.

But none of this takes away from the overwhelming sense of self-indulgence permeating the work. It would be of greater interest to see a stripped-down, more intimate production. It is not that “Remember the Alamo” has nothing to say, it’s just that it needs a bit of work in its delivery. (Noel Schecter)