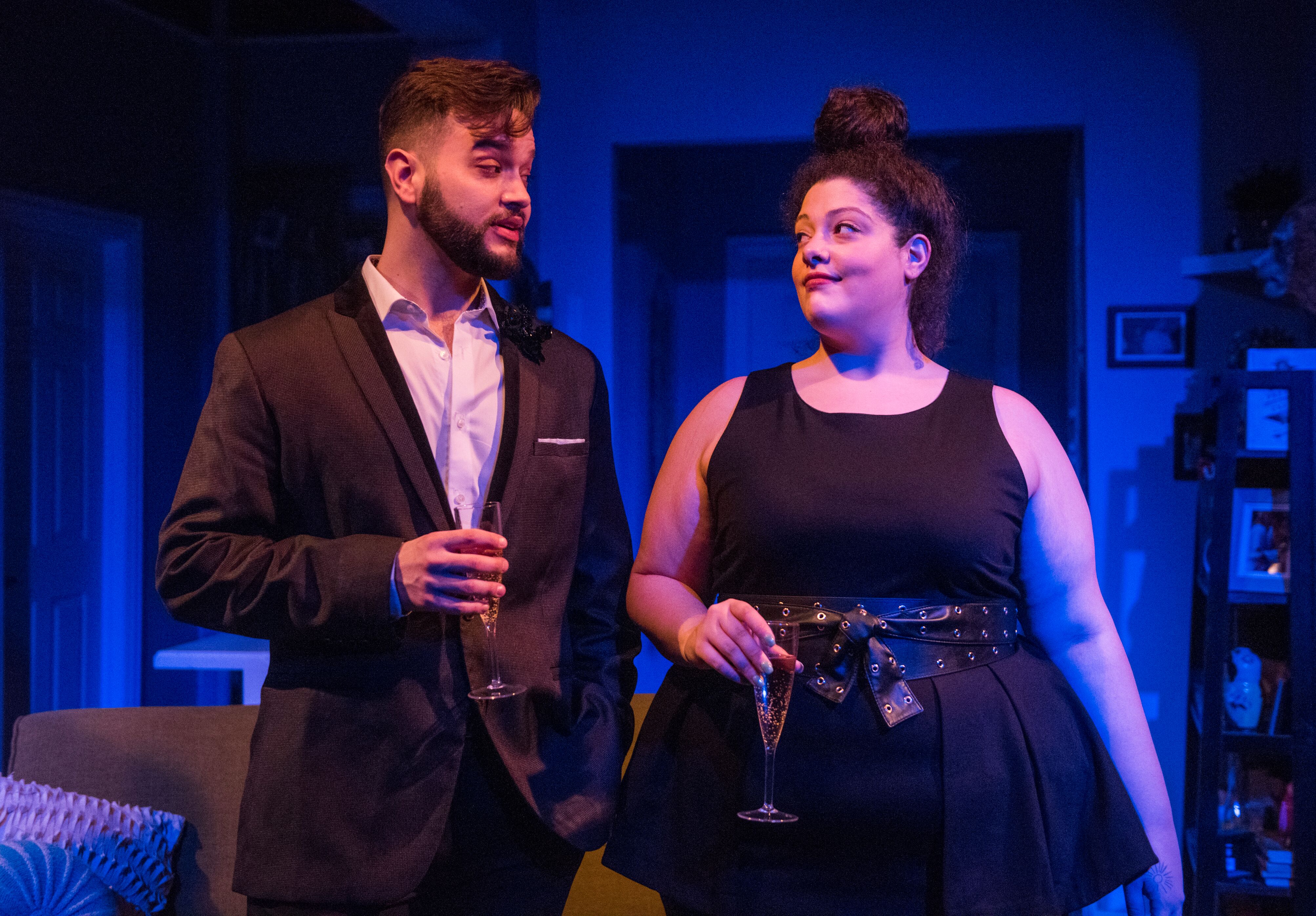 The theater is starved for fat-positive representation. “Fat-fat. Not TV-fat,” as playwright Morgan Gould makes a point to clarify. In Gould’s “I Wanna Fucking Tear You Apart” at Rivendell, directed by Jessica Fisch, do not expect to see a story about the bravery of society’s victims as they triumphantly overcome adversity. This isn’t a play about fatness as shown in the media. This is a play about the deep-seated, traumatic effects of lifelong discrimination and bias. It’s a play about people. It’s also a play about friendship.

We meet “team fat-gay,” Sam and Leo: the perfect club of two, built on well-choreographed late-night dance routines and “Top Chef” marathons. From the outside, their friendship looks wonderfully fun and dreamy. It is the kind of codependent, dysfunctional, Meredith-and-Cristina-level personship that we all secretly envy. There are strong “Will & Grace” vibes and I’m not just talking about Leo’s impression of Cher.

It’s a tall order to reference and draw from that kind of iconic best-friendship without leaving the audience out in the cold. Teressa LaGamba (Sam) and Robert Quintanilla (Leo) have the chemistry, skill and the comedic chops to pull it off. Under Fisch’s direction, Quintanilla’s performance shows great dexterity and care, avoiding the trap of an empty stereotype, grounding the piece in real, human depth. LaGamba is a total delight to watch, and she plays Sam with complexity, compassion and zero apology. Jessica Ervin rounds out the cast, as the unwelcome third wheel, playing Chloe with enough truth to keep us interested.

Without pity, Gould dives deep into the effects of internalized otherness and feelings of being not enough. For Sam, messages of exclusion and offense, whether outright rude or carefully reframed as politeness or concern are the norm (think: the problematic implications of words like “brave” and remarking too strongly, with too much surprise, about the hotness of Sam’s boyfriend). In collaboration with LaGamba and Fisch, Gould lets Sam be sexy, talented, full, capable and also not unscathed by the way the world meets her. She finds her solution for all the hurt in Leo, in their love and shared otherness, abandoning herself in the process.

Codependency and mutual self-loathing are cute until we start wading into dangerous waters of self-sabotage and betrayal, negotiating our own strength, power and ambition so that others might become our everything. Add to that the pervasive fear that comes with all early-adulthood decisions (career, family, success, failure, am I becoming the person I thought I’d be/I’d like to be/I am able to be; we all know the list), and our most extreme, most primitive feelings take the wheel.

Some bits go on too long and I wanted the play to go a little deeper a little sooner, but this cast delivers intimacy, heart and humor and this script speaks to something vital. In the immortal words of Cristina Yang, we are each our own sun. This is the biggest thing to learn. Friendship—real friendship based in advocacy, trust and genuine care—is just one of the gifts we get for learning how to love ourselves and live for ourselves. Sometimes, being on each other’s side means leaving room for those lessons to be learned.

Daring to play in the “friendship big leagues,” letting ourselves be truly seen and known outside of the context of brunch is messy and human. Gould leaves room for all the funny, the forgiveness and the fuck-ups. (Erin Shea Brady)