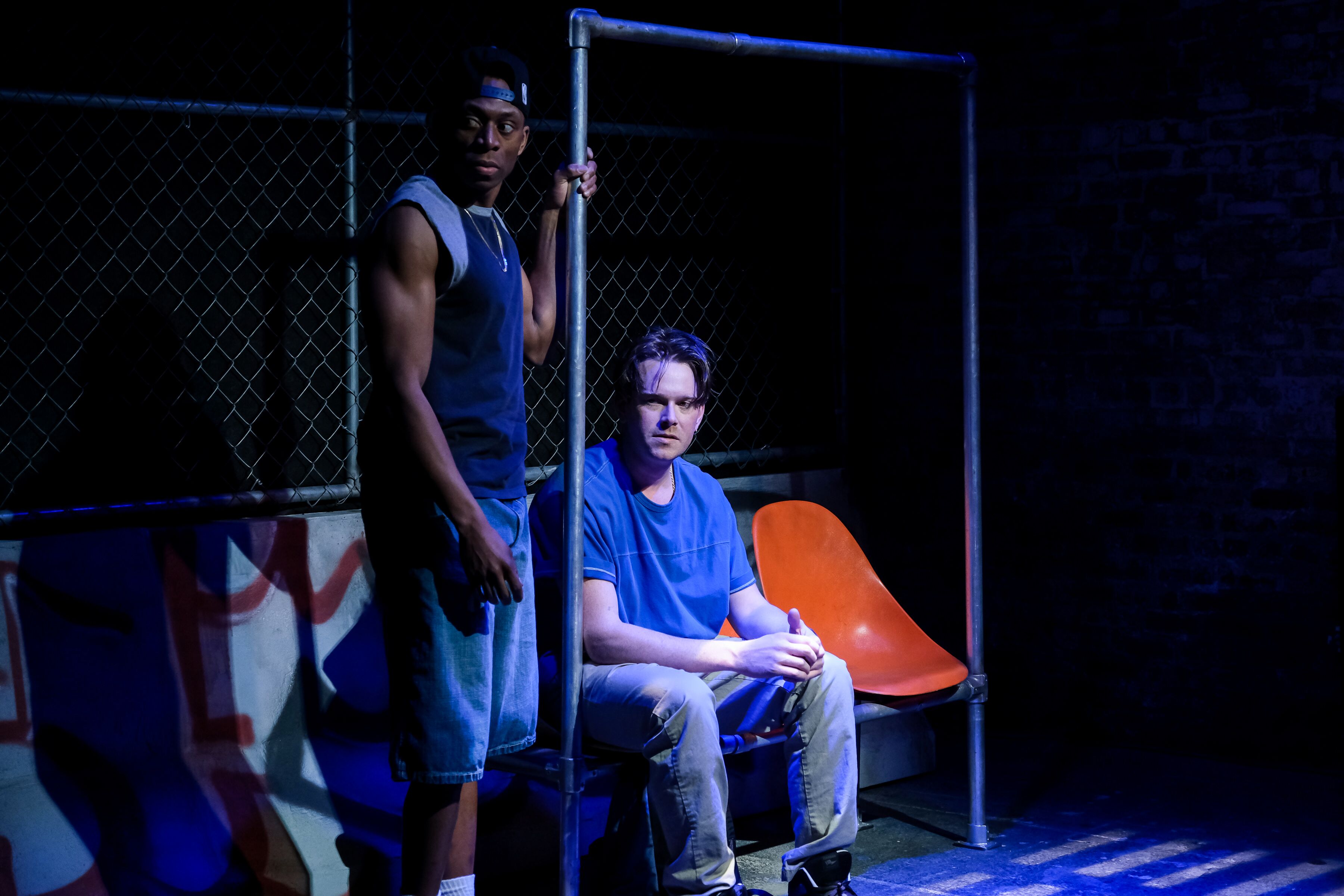 I haven’t had any alcohol in over a year. I quit smoking around the same time, because if something’s worth doing, it’s worth doing right, I guess. And I don’t really do drugs. I mean, I wouldn’t say “No,” but I know my weaknesses and I don’t intentionally seek them out. I tell you this—presenting the personal as critically salient—so that you have context for what I’m about to say next. Which is: I have not, in the one year, two months and five days of my sobriety, wanted a drink or a smoke or any kind of artificially induced release as badly as I did after seeing “Dutch Masters.”

Like I said, I don’t really do drugs. But I do know what it’s like to be high and before seeing this show I’d never had that feeling simulated by a piece of theater. The sense of heightened reality and the intense awareness of the body. The heart pounding in your chest. The heart, not pounding anywhere. Am I dying? Am I dead already? I’ve never been skydiving but I’ve heard that after a certain point you no longer experience the sensation of falling. That’s like what being high is like. That’s what “Dutch Masters” is like.

Generally speaking, while skydiving or high you’re not confronted with a history of racial oppression rendered in intense, claustrophobic close-up and excruciating personal detail with overtones of a blatant conspiracy of anti-blackness spanning centuries. Although sometimes, as in the case of Greg Keller’s play, you are. Set in New York City in the summer of 1992, “Dutch Masters,” in its regional premiere at Jackalope, is rooted in time (Atari, A Tribe Called Quest, landlines) and place (the Knicks, the D train, Mayor Dinkins). In the depths of Midwest winter, you can feel the city heat in the air, sticky, thick and pressing in on all sides. Even before the radical transformation of the set (designed by Ryan Emens), the atmosphere of this production marks a consummate technical achievement. Simean Carpenter’s lights, alternately fidgety and resolute, and Steve Labedz’s pointed and particular sound design (a scene where a character tracks a police siren down several city blocks is as unmistakable as it is unforgettable) render the reality of urban life: a symphony—or cacophony—of sound and color at all hours of every day without cease. Or escape.

And while those of us with memories, vague or otherwise, of pre-internet days may feel a tug of nostalgia, “Dutch Masters” has its own historical gravitational field, pulling from all directions. The story, in its brisk and breathless eighty minutes, is a footnote in the history of white theft, made aching and unavoidable through an unparalleled degree of artistic rigor. While riding a train uptown, Steve (Sam Boeck) is part convinced, part coerced into a conversation with Eric (Patrick Agada), a dialogue that will conclude in revelations and violence, betraying a festering collective wound, one that hasn’t even been fully addressed never mind reckoned with. Throughout their interaction, a tension grows—waning here, waxing there—until it becomes all but unbearable. Agada and Boeck do the kind of work they give awards for though I can’t begin to imagine how they recoup from this show, night after night. I hope, for their sakes (and the sake of understudies Max Thomas and Daniel Gadaj, stage manager JC Widman and anyone else watching this show multiple times each week), that they have a healthy and effective source of relief.

“Dutch Masters” is a play about the labor that black people constantly perform, which we readily take for granted. It’s about how our relationship to black culture is frankly fucking creepy at times. It is about how the adoration of black icons is just another side of the infinite die of racism. It is about the pervasive belief that exceptionalism can erase the things we’d rather not think about. And while it may spark feelings of guilt, “Dutch Masters,” a story that begins with Steve and ends with Eric, is about how all these things, overt and covert alike, that actually affect black people. The play surveys the human cost of institutionalized racism, plunging in from macro exterior to discrete micro before allowing us to work our way back out again, seeing the connections between our choices in language, clothing, music, et cetera and the lives and labor that have allowed us to experience those things as pleasures.

Masterfully led by established actor and rapidly rising directorial star Wardell Julius Clark, who gives space and silence to pain, allowing us the opportunity to sit with our discomfort, “Dutch Masters” is definitive Jackalope, the type of work written about in the reverent early chapters of a future biography alongside “Exit Strategy” and “Octagon.” It is clear to anyone keeping tabs that the company is ascendant: their taste, bar none, their reputation, par excellence. Building on a career-defining work by Calamity West and with the world premiere of Kenneth Lin’s “Life on Paper” forthcoming, Jackalope’s eleventh season is shaping up to be their strongest yet, with a litany of additional programming and a full calendar at their storefront incubator The Frontier. We are now well past the point of introduction and into the territory of exponentially-increasing artistic resonance. Where the company goes from here relies on factors beyond insider speculation. But the mind does not tire in imagining it. (Kevin Greene)