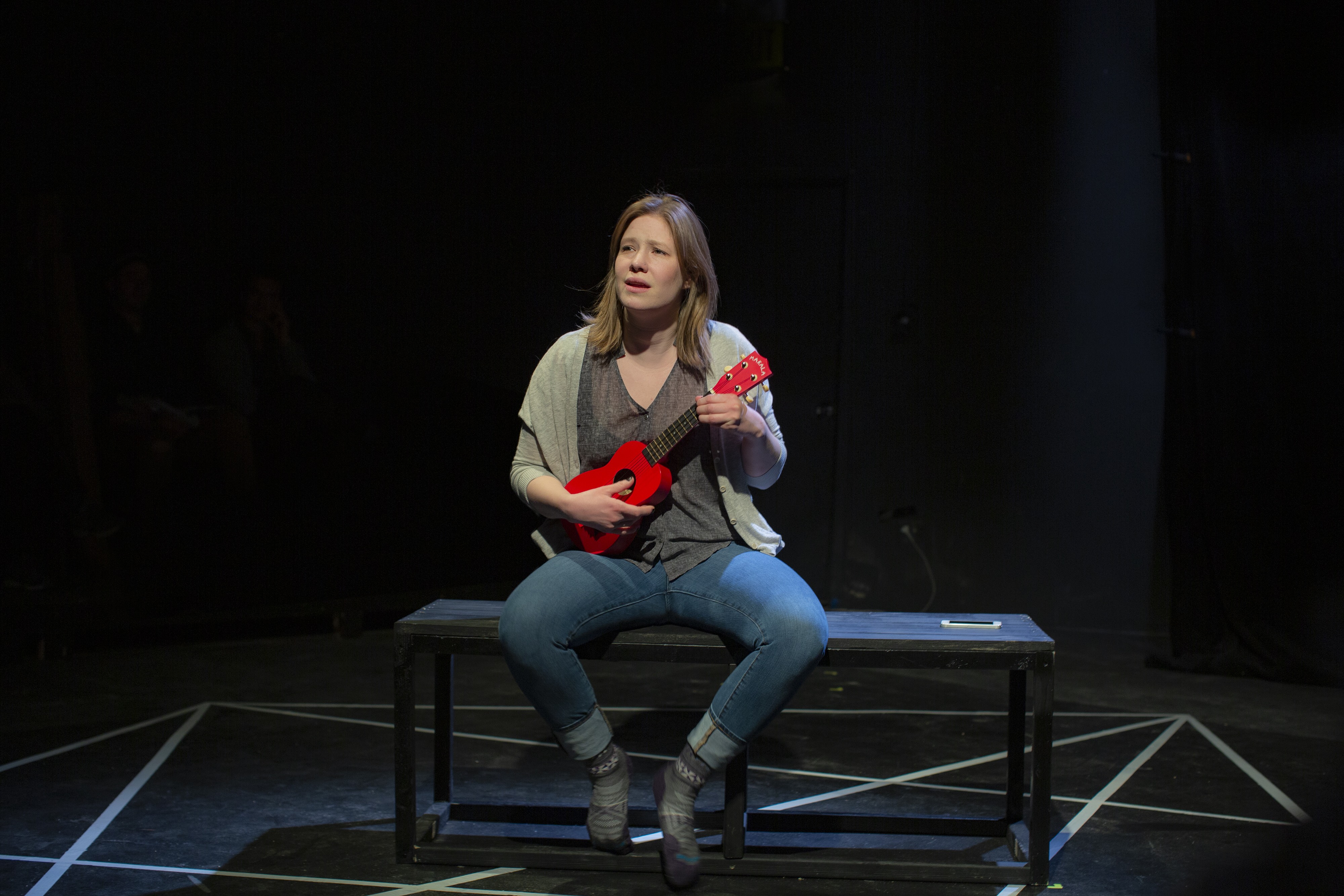 True story (albeit unmentioned in the playbill): several years ago, a call went out from Mars One, a private organization based in the Netherlands, for volunteers to establish the first human settlement on the Red Planet. There was one catch and a big one at that: due to the limits of rocket technology, the ticket to Mars would be one-way, and the explorers would spend the rest of their probably-not-very-long lives on an alien world. Despite this condition, over 200,000 people from many countries applied for what was a glorified suicide mission. Were they drawn by the heroic spirit of exploration and adventure, or was it an elaborate sci-fi escape fantasy for folks who, for whatever reason, felt uncomfortable in their own world?

That question drives MJ Kaufman’s “How to Live on Earth,” enjoying its Chicago premiere courtesy of Chimera Ensemble. Unfortunately, it doesn’t drive the play far. A potentially interesting premise that could have led to probing questions about our future on an ecologically threatened planet is flattened and cropped, and the show is less a mind-expanding Martian Chronicle than an indifferently scripted reality TV show.

What’s striking about Kaufman’s conception is how small and circumscribed the characters are, and how immersed they are in their own mundane stories. Both the playwright and director Gwendolyn Wiegold share a dramatic approach that owes much to the endless self-marketing of social media. The play begins on a YouTube note, as four Midwestern applicants for the Mars program create the video selfies that will serve as statements of intent. Affected earnestness is the order of the day as Bill (Brian Sheridan), an overachieving, thrill-seeking doctor, Aggie (Hannah Larson), an unemployed, ukulele-strumming seeker, Eleanor (Katlynn Yost), a lonely, vaguely discontented librarian, and Omar (Arif Yampolsky), a burned-out computer programmer, perform for their own cameras. With the partial exception of Bill, an edgy egotist, the four seem to be competing for an “American Idol” slot. The emphasis is on surface likability rather than inner truth in a show that never gets off the launching pad in terms of plot, character development or, especially, theme.

How could a play about settling Mars barely touch on the moral issue of whether such a vast effort means abandoning Earth to its man-made, climate-altered fate? Perhaps, in this Young Adult-toned work, such a question is too much of a downer. Instead, the play focuses on lovers’ quarrels, parental disapproval, sibling rivalry and other sitcom staples as the four candidates await word of their acceptance or rejection into the mission. Millennial stereotypes abound as the characters whine and pose through the brief, rapid-fire scenes. The monotony is punctuated by out-of-body moments of cosmic longing, marked by David Goodman-Edberg’s dramatic blue lighting and Steve Labedz’s eerie sound effects.

The acting by the mostly youthful cast runs the gamut from sensitive and contained to effortfully overdone. Graham Carlson’s Russ, facing the ultimate long-distance relationship with potential Martian exile Eleanor, amusingly presents his “one-word poems” (including “People: Annoying”) at a poetry slam. And Siddhartha Rajan puts some tangible angst into his role as Don, the average brother perpetually in the shadow of the spotlight-hugging Bill. Don has the play’s most thoughtful moment, as he reflects on why people pursue wild dreams like his brother’s: it’s their way of seeking love, which, he learns, is freely available here on Earth to those who aren’t armored against it.

But underneath the patter about dreams and human destiny, it’s attention and the feeling of specialness the four applicants really crave, and they’re willing to sacrifice their lives and the happiness of their loved ones for fifteen minutes of fame. That’s a sad commentary on modern life, one that this work should examine but instead takes for granted. To succeed, even the most futuristic fantasy must be grounded in the tensions and conflicts of its own time. This play, though, is lost in space. (Hugh Iglarsh)